"Revolution from above" in Russia: the likelihood of a scenario and possible ways of implementation 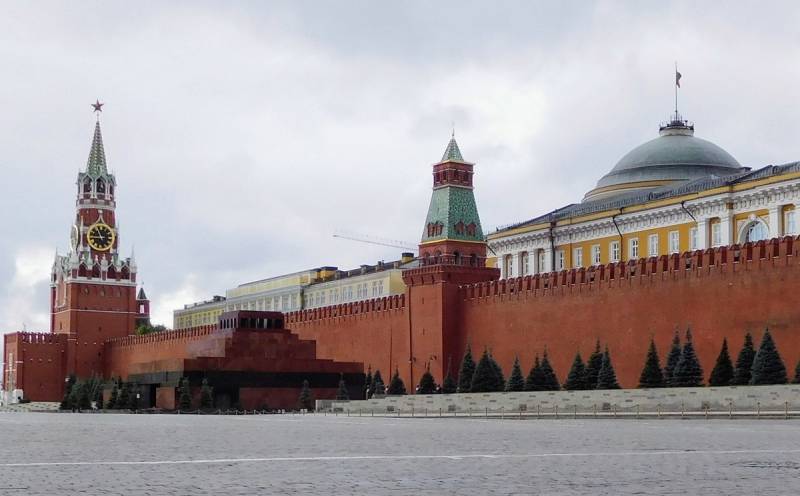 So, we have deal that the “revolution from above” in our context is not only the processes in European countries that followed the series of revolutions of 1848-49, but also any powerful leap in the development of the state. It, in turn, in addition to modernizing the country, leads to a serious renewal of the ruling elites. Without which it is, by and large, impossible. How real such a scenario is in today's Russia and how exactly it can be implemented, we will try to speculate.

When radical change is not good

To do this, let's start a little from afar. Because, despite the attractiveness of the phrase "breakthrough in the development of the country", one should not forget that any such breakthrough is always in some way a shock for the country. Depending on the conditions in which she is, it can be more or less painful. For example, the Meiji revolution in Japan was relatively easy. But the Stalinist modernization, the purpose of which was to have time to prepare for the next world war in the shortest possible time, cost the country very dearly. Perhaps unreasonably expensive, but this is a topic for another conversation.

But there are times when such tests are simply contraindicated in the country. History, including Russian, knows many examples of this. And it's not even about the period after the end of the Time of Troubles or the Civil War. We're talking about the beginning of the XNUMXs. Russia at that time found itself in a state of dilapidation after the collapse of the USSR and the rampant of "wild" capitalism. Another disintegration of the country at that time did not seem so unrealistic due to the agreements signed in Khasavyurt. And Khodorkovsky through the press openly announced his political ambitions, predicting that Russia will change the form of government and renounce nuclear weapons.

In such conditions, Putin began his presidential career. And, of course, it was simply pointless to talk about a breakthrough at that time - it was necessary to preserve a single state and restore its elementary controllability. And also to save all that is left of the Russian economics... And without going into details, we can say with confidence: in general, these tasks have been solved. Precisely because the president preferred to act in full accord with the well-known medical principle “do no harm”, avoiding unnecessarily sharp turns.

Why the breakthrough failed

As soon as the most elementary order was restored, the question arose of where to move next. It seems that the answer was on the surface, and the goals were formulated, but with their implementation there was a hole. And we had to forget about 25 million high-tech jobs, about the implementation of the state armaments program at the initially declared level, about plans to fully revive the domestic space industry, etc.

First, the West was not very happy about these plans, deciding to take a course of "containment" and arranging a wave of sanctions on Russia after the Ukrainian Maidan provoked by them. Here, two key weaknesses of modern Russia emerged with renewed vigor: dependence on the world market (mainly on energy prices) and inability to use “soft power” even where there are all the conditions for this. That is, on the territory of the CIS countries.

Proceeding from this, an obvious conclusion suggests itself that the philosophy within which our elite, and the country as a whole, exist, is not viable. Which was formed on the basis of the Western way of thinking, aimed at personal enrichment and the realization, again, of personal ambitions. Therefore (let us reveal the secret of Punchinelle) now the bulk of the profit received in the country is spent not at all on its development, but on the enrichment of specific people - businessmen and officials. And why should they change something when everything is fine?

It is clear that this is a simplification, and in a number of areas we are still making progress, but most of these achievements, alas, are not of a systemic nature. Which eloquently testifies to the absence of a long-term strategy, an image of the future for our country. And such a strategy implies setting goals not only of a socio-economic nature. But also, if you like, an ideal to strive for. No, not in order to build paradise on earth, but in order to always have a reference point in front of you. We already they said that this ideal is one of the key signs of a true superpower.

Try again with the same results

Immediately after his election in 2018, Vladimir Putin reiterated that Russia must make a leap forward in its development in order to close its gap with the leading world powers. However, there was no talk of the formation of any new meanings. And given the quality of the performers who had and will achieve the stated goals, it is hardly surprising that the designated plans are stalled. The implementation of the same national projects is estimated at about 50%, and even less for certain items. Nothing new.

Based on the above, it is not difficult to come to the conclusion that in order to solve the problems facing the country, people with new thinking must come to power. And we are not talking about the Leaders of Russia project or the “school of governors”, but about politicians who can shape the image of the future that meets the aspirations of the majority of the country's residents and are able to implement it. That is, about changing the country's development paradigm.

The amendments to the Constitution adopted in the summer can be considered a certain step towards shaping the image of the future, but they are only the first more or less serious step on this path. And then, it can be called so with good reason only when (if) we see the embodiment of these changes in practice. Mainly, if the refusal of officials of different levels from dual citizenship and property abroad becomes noticeable. Or their removal from power. Separately, we should say that one should not laugh at such assumptions. It was possible in due time to deprive the Duma mandates of the most odious participants in the "white tape" movement like Ponomarev, Gudkovs and others. This means that it can happen here too, there would be a desire.

The upcoming Duma elections will also show a lot. It is clear that we will again witness a large-scale use of the administrative resource in order to drive into the elections as many people dependent on the current authorities as possible, who would prefer to avoid possible problems from the displayed "disloyalty". But a certain optimism is inspired by the emergence of new parties, one of which is called “New People”, while the other is “For Pravda” created by Yevgeny (Zakhar) Prilepin.

The first has a pronounced right-wing ideology with a weakening of state control over the economy and its other features, the second is aimed at the implementation of left-wing ideas, in particular, the nationalization of land and its subsoil. We will not go further than designating these two positions, since anyone can familiarize themselves in the most detailed way with the original text of the election programs of the newcomers of the future Duma campaign. Let's move on.

In principle, the emergence of certain parties, most of which "blown away" within a maximum of ten years, can be observed regularly, but this is nothing more than ripples on the surface of Russian public policy. In this case, there are reasons for cautious optimism, and we are not even talking about the merger of "For Pravda" with "Patriots of Russia" and "SR". Everything is somewhat thinner.

Several times I had to meet on the Internet the statements of members of new parties criticizing the existing regime from the side that, they say, no party can claim any significant position in the public space without a signal from the presidential administration. Maybe this is the usual political rhetoric, but given our realities, it is quite possible that there is no exaggeration here.

If this is indeed the case, then this step can only be welcomed. Because he says that the Kremlin perfectly understands the fatigue of the majority of the people from the many years of virtually sole rule of United Russia. Which at first, when it was required to return the life of the country to a more or less calm channel, was, perhaps, relevant, then - tolerant, and now - unpromising from the point of view of development. But this is only an assumption, and the optimism expressed may be too bold.

And on the whole there is no question of being delighted with the still highly hypothetical passage of new parties to the Duma. Firstly, it is not a fact that their presence will be any significant, if at all, and secondly, you need to look at how they will show themselves during their work in parliament. And you certainly shouldn't rush to shout about “revolution from above”. But there is reason to believe that it is along this path that such a "revolution" is possible and even desirable in today's Russia. It is this scenario that can provide a breakthrough in development without serious upheavals in the form of a "Russian Maidan" or a repetition of 1917.
Reporterin Yandex News
Reporterin Yandex Zen
72 comments
Information
Dear reader, to leave comments on the publication, you must sign in.