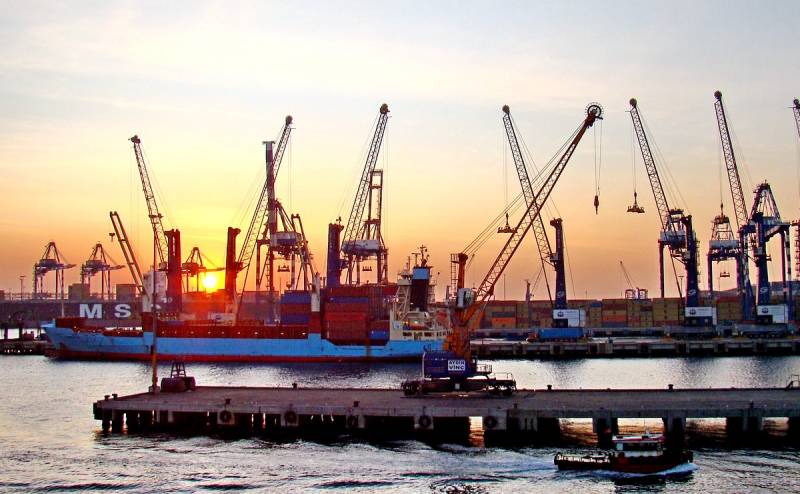 It seems that the ice has finally broken in solving the old transit problem between Belarus and Russia. Yesterday, President Lukashenko signed a draft agreement with Moscow on the export of oil products through Russian ports. In the West, however, this decision of Minsk is considered a “big mistake”, because of which Belarus will be the loser. Is it really?


The issue of transferring Belarusian exports to Russia has a long history. Traditionally, since the times of the USSR, it was the Baltic States that were our trade gateways to Europe. Thanks to the developed infrastructure, well-functioning logistics and convenient geographic location, it was objectively profitable to send Russian and Belarusian cargo flows through the ports of Latvia, Lithuania and Estonia. But Riga, Vilnius and Tallinn cut down the branch on which they sat so comfortably. Their Russophobic policy ultimately forced Moscow to begin the process of transferring exports to our part of the Baltic, where port capacities were expanded and new terminals built. As the saying goes, every cloud has a silver lining.

Minsk stubbornly held on to neighboring Lithuania, dodging an offer to use the Russian Ust-Luga. The main argument against was the increase in costs due to the increased transport leverage. "Evil tongues" said that in fact Belarus did not want to show Russian customs officials what was really there and in what volumes they were exporting. But the last straw, of course, was the events of the summer and autumn of 2020, which broke relations between Minsk and Vilnius, which directly supported the “President Sveta” and introduced personal sanctions against the Belarusian leadership. In response, President Lukashenko promised to teach Lithuania a lesson by taking away from it export flows, which account for about 30% of the Klaipeda port's income.

The well-known German edition DW called this decision "export contrary to logic" and predicted negative consequences for Belarus in the form of an increase in the cost of petroleum products and a decrease in their competitiveness in the European market. However, the Germans in this matter shrugged their hearts, passing off wishful thinking.

At first, in accordance with the draft agreement, only 9,8 million tons of Belarusian oil products will go through Russian ports, which is about half of the total export volume. These are gasoline, fuel oil and engine oil. It will be valid until 2023 with the possibility of automatic renewal. The second half, presumably, at least before the expiration of the specified period, will still fall on the Baltic transit.

Secondly, operators of domestic port terminals confirmed their readiness to provide Belarusians with discounts, provided that the cooperation will be long-term. Moscow also spoke about discounts up to 50% on the railway tariff for Minsk.

It turns out that the increase in transport costs from the transfer of transit to Ust-Luga will be compensated for by Belarus, which means that there should not be a decrease in the competitiveness of its products on the European market. At the same time, until 2023, President Lukashenko will apparently keep the Lithuanian transit, which will account for the second half of export volumes. It is possible that in such a simple way the Belarusian partners will solve the problem of what they would not like to show to the Russian customs. Perhaps there is some tacit compromise on this sensitive issue.

Further, with regard to the interests of Russia itself. In order for the "Old Man" not to suddenly change his mind, the agreement will be concluded only in accordance with the take-or-pay principle (take or pay). This means that Minsk will have to pay for transit services for 9,8 million tons of oil products in any case, even if it sends them through Klaipeda. The volumes of transit through domestic railways and ports will also grow, which will also bring some money, despite decent discounts. It is quite possible that Belarusian mineral fertilizers will follow the oil products through Ust-Luga in the future.

Well, and, finally, the price of the Russophobic policy for the Baltic states will increase, which can also be considered a political success.
Reporterin Yandex News
Reporterin Yandex Zen
10 comments
Information
Dear reader, to leave comments on the publication, you must sign in.