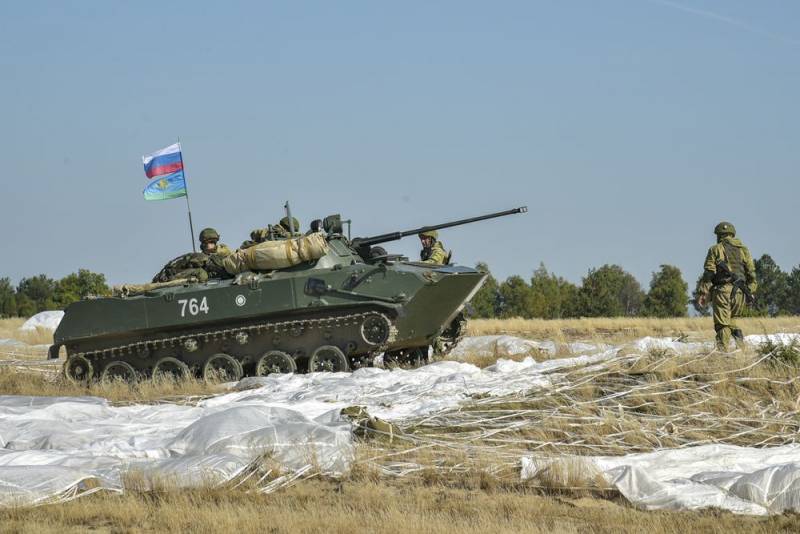 The destruction of the Warsaw Pact was a victory for NATO, but it also complicated relations with modern Russia, writes the American analytical publication The National Interest.


During the Cold War, if the Alliance wanted to send a signal to Moscow to retreat, it would have dropped a nuclear bomb on one of the ATS countries without attacking Soviet territory. In theory, this could even lead to a global war.

Now even if NATO resorts to tactical nuclear weapons, it will still be unable to save the Baltic states from Russian invasion and conquest. This is due to the fact that the Eastern European satellites of the Soviet empire are no longer hostages
- says the latest research by RAND Corporation.

RAND experts played a war game and came to the disappointing conclusion that the Alliance's nuclear weapons are no longer a deterrent for Russia, because Europe can lose much more from an exchange of strikes than Russia.

Key takeaway: NATO lacks escalation dominance and Russia benefits from it
- emphasized in the study.

RAND believes that in the event of a war for the Baltic states, the Alliance will be much more interested in stopping operations using nuclear weapons than Russia. During the exercise, the NATO military primarily tried to understand the usefulness of using nuclear weapons.

NATO Command knew that their units would be quickly overwhelmed by Russian forces, so they considered the possibility of early (first) use of tactical nuclear weapons to prevent such an outcome. But the commanders could not decide what to aim at.
- said in the report.

Well-dispersed, highly mobile Russian troops will launch a lightning attack. The Baltic states will be captured very quickly. At the same time, it will become simply difficult to use tactical nuclear weapons against advancing Russian units, since the local civilian population, which the Alliance must protect, will suffer more from this.

Attacking tactical nuclear weapons on the territory of the Russian Federation is also risky, because Moscow can give a nuclear response. NATO players ultimately decided to send a signal to Russia by striking five low-yield nuclear weapons against Russian air defense batteries right on the border with Latvia. Unfortunately, in the course of the simulation, it was calculated that the most likely response from Moscow would be a direct strike at five Alliance air bases.

NATO's infrastructure is vulnerable, and the damage inflicted on it even by limited TNW could significantly reduce the military potential of the Alliance. At the same time, Russia itself is capable of withstanding comparable levels of nuclear strikes on its own.
- noted in the document.

Researchers have tried to find out if non-strategic nuclear weapons can deter Russian attacks on Estonia, Latvia and Lithuania. Experts doubt that a Russian invasion of the Baltic states would trigger a nuclear war with NATO and the United States. At the same time, they are confident that the Russians will not be the first to use TNW and SNF. Therefore, it is necessary to strengthen the Baltic states with a sufficient number of conventional military forces and means, which would be enough to repel an offensive. Now NATO is frankly unable not only to stop, but even to delay the advance of Russian troops in this direction, summed up the US media.
Ctrl Enter
Noticed oshЫbku Highlight text and press. Ctrl + Enter
We are
New taxes and more expensive parcels: what awaits Russians in 2020
Ukrainian general: the attack on the Donbass will result in huge losses
Reporterin Yandex News
Read Reporterin Google News
6 comments
Information
Dear reader, to leave comments on the publication, you must sign in.