What is behind NATO's bellicose statements against Russia 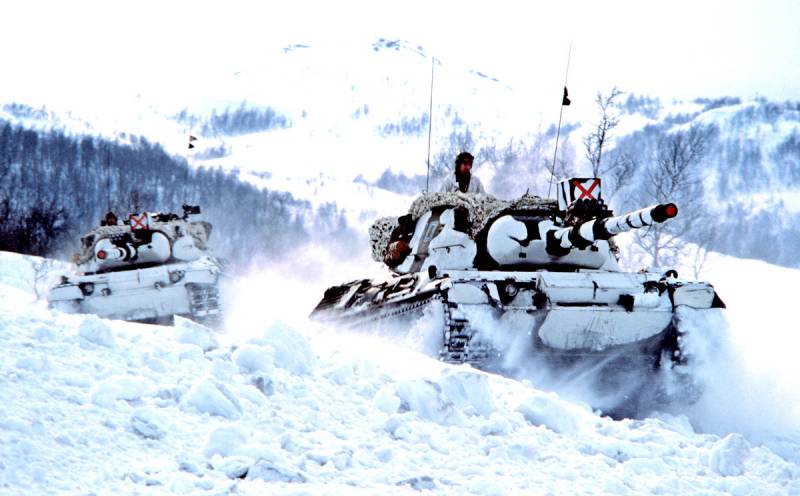 A rather strange and contradictory statement by Jens Stoltenberg, in which he expressed his readiness to fight with the Russians and to establish normal relations with them, is discussed quite widely in our country. Quite naturally, most people see in it another confirmation of the aggressive anti-Russian orientation of the North Atlantic Alliance, and it cannot be said that they were wrong.


However, the main reason for such an obvious ambiguity of the position expressed by the Secretary General of the main military-political bloc of the West is, perhaps, something else. Let's try to figure out what exactly.

In his interview to the Spanish edition of El Mundo, Stoltenberg talks at length about the fact that the Euro-Atlanticists are ready to fight with Russia even tomorrow, but they are not even averse to making peace. And even very "will be happy to cooperate." Somewhat inconsistent rhetoric, don't you think? Some kind of split personality, which is usually a symptom of a serious mental disorder ... In fact, everything is in order with the head of the Alliance, that the absolute majority of his subordinates are all right. The problem is that they find themselves in a situation that they perceive as hopeless - and not without reason. Just recently, Moscow has not only demonstrated an absolutely unprecedented level of readiness for confrontation with the “collective West,” but has also taken a number of concrete steps in this conflict that have put the local strategists and analysts at a standstill: “Well, what, the Russians can do that anyway? ! "

The trouble with our geopolitical opponents is that they stubbornly continue to view Russia at the level of either the late USSR, or, even worse, the earliest, "Yeltsin" period of its history. That is, as a country for which the approval or condemnation of the "world community", the degree of interaction with it, and the like are critically important. In fact, they continue to see in us not a subject, but an object of geopolitics, and an object which, excuse the rudeness, can be used according to your own understanding. Our leaders are considered people who are still really "build" and "educate" as they please, unceremoniously dictating their conditions and interfering in purely internal affairs. And they will take it into their heads to balk, because you just have to intimidate or "punish" with sanctions - and they will calm down, like dear ones. Yes, it was once so ... However, the West itself did everything possible to change the situation radically.

Life without sanctions is, of course, better. Easier and nicer, anyway. However, starting to try to put pressure on the Kremlin after 2014, introducing more and more restrictions against Russia, denying it either export or import, trying to weaken the economy and thus "shake" the country, our Western "partners" have achieved an effect completely opposite to what they had hoped for. Everything that happened during this time, of course, did not make Russia richer. But it did not weaken, but, on the contrary, strengthened. And now the “game” that has stretched out for years has come to the point when our opponents practically “have no more moves”. Well, what else can they do? Introduce a total embargo on Russian energy resources? Somehow unlikely - in the current climatic conditions. Disconnect our country from SWIFT, as they threatened at the time? From the realm of fantasy - for the same reasons, and for many others. Should some other government officials be banned from entering some EU countries or the US? Forbid to sell us anything? So after all we will answer ...

As the events of recent years have shown, the country is quite capable of living without some Western "buns", and import substitution is not at all such an unreal thing, and even very useful for our economy, if, of course, it exists not only on paper. For the West (at least for now) there are very clear limits in opposition to Russia, and it is more expensive to go beyond them. Stoltenberg mumbles something about "full readiness for a clash", but he and everyone else at NATO headquarters know perfectly well how this clash, if it happened, God forbid, would in reality end. Look, the Poles, the very ones that are the "support of the Eastern flank of the Alliance" have already "fought" with us. Fortunately, in a virtual command and staff game, in which they "armed" with nonexistent in reality Patriot, HIMARS and F-35. All the same, it turned out to be a disgrace - the “Eastern Flank” collapsed in a couple of days, like a rotten fence ...

Therefore, the words of the General Secretary do not sound threatening, but somehow bewildered and even somewhere helpless, that all the measures of influence on Russia conceivable for the "collective West" seem to have been exhausted. With practically zero result. And the Russians, as never before, clearly and openly demonstrate their unwillingness to obey and obey ... sorry, "follow democratic values", as the utterly discouraged Josep Borrell deigned to say. They did not want the "Maidan" in Belarus - and they did not allow it to be arranged. It was required by law (and at the same time in order to prevent a "color revolution" in the country) to send the "father of Russian democracy and the beacon of opposition" to places not so distant - and they sent him. The gentlemen, warmed up by the curators from overseas, decided to arrange a storm on this matter - they were reassured.

This was done, as far as possible, without unnecessary excesses, but very convincingly. At the same time, several Western diplomats who, like the unforgettable Victoria Nuland, decided to distribute cookies for the Maidan residents, were thrown out of the country like naughty kittens. Moreover, they guessed with this demarche exactly in time for the visit to Moscow of the chief diplomat of Europe - Josep Borrell, who was forced for once not to read morality to the submissively listening native audience, but to listen to the lectures from Sergei Lavrov himself. And to the belated attempts of this gentleman already from Brussels to complain about the fact that Russia is “moving away from Europe”, the head of our Foreign Ministry even replied with the words that such “relations” as those that Russia has with the West at the moment are worth - penny. And we are, in principle, quite ready to break them completely. With that, take it ... Yes, and added to this the sacramental: "If you want peace, prepare for war!" Apparently, Stoltenberg's confused speeches are just an attempt to adequately answer these words. A feeble attempt, in truth ...

On the other hand, they may well be considered a logical continuation of the revelations of the same German politicians, recently literally vying with each other to explain to some subjects especially concerned about the ideas of "punishing Russia" very specific points about the Nord Stream-2 gas pipeline. Yes, yes, the one that some people think is perhaps the best lever for "influencing Moscow." If you call a spade a spade - an excellent subject of her blackmail. For example, the chairman of the board of such a wonderful organization as the Eastern Committee of the German Economy, Oliver Hermes, gave birth to a whole article for the publication Handelsblatt, in which he intelligibly explains an extremely simple thing - the "funeral" of this project, which the most indefatigable Russophobes dream of, will probably cost the most as times Germany. Moreover, it will "backfire" all over Europe, because, according to Herr Hermes, "the weakening of the German locomotive of the European economy" will hit the entire European Union painfully.

In general, the inhabitants of the Old World, in the event of abandoning Nord Stream 2, according to him, “will pay not only with higher prices for generated energy, but also with a decrease in the security of supplies and an increased burden on the environment”. Oliver Hermes honestly admits that "the current period of cooling" is a reason to really appreciate the importance of uninterrupted energy supplies from Russia for the security and comfort of Europe. No less categorical is German Foreign Minister Heiko Maas, who in a very harsh manner rejects even the very possibility of considering the termination of the pipeline construction as an "educational measure" for Moscow for the arrest of Navalny or his supporters. "These will be sanctions not against those involved in these repressions, but against the inhabitants of Europe and, first of all, 150 European companies, mostly German!" - concludes the head of the Foreign Ministry.

Moreover, as a high-ranking diplomat, Herr Maas thinks even more broadly. He predicts that "the attempt to burn all bridges with Russia" taking place against the background of "China's international isolation" will not only bring these countries closer together, but "push them into each other's arms" and lead to the embodiment of the West's greatest nightmare - "the creation of an economic and the military alliance "of Moscow and Beijing. But this is already a real prospect that can plunge into a cold sweat of horror not only Meuse and Borrell, but, perhaps, Stoltenberg and Biden, as well as all other Western leaders. And, at the same time, make them think hard about whether it is worth trying to “put pressure on our country” with the help of economic restrictions.

All of the above, I want to note, in no way means the transformation of the North Atlantic Alliance into something harmless and harmless for Russia. Not at all. The same Stoltenberg recently announced with great fanfare the commissioning of a "fleet" of five AGS RQ-4D Phoenix reconnaissance UAVs in Sicily, which "will operate on the Eastern and Southern flanks of the Alliance." That is - to spy primarily outside the borders of just our country. Not so long ago, he also confirmed NATO's intentions to "strengthen the defense capabilities of partner countries," meaning mainly such anti-Russian outposts as Ukraine and Georgia. In no case will the North Atlanticists stop nagging us wherever possible and trying to test the strength of our defense capability. At the same time, to go to a real armed clash with our country of NATO, whatever his Secretary General asserts, is capable only in a completely exceptional situation, or under conditions when its leaders are absolutely sure of their own multiple military superiority. Let's hope that nothing like this will ever happen and the head of the Alliance will be forced to continue to “formidably” talk about the readiness for war with the Russians, while clearly understanding the absurdity of such assumptions.
Reporterin Yandex News
Reporterin Yandex Zen
48 comments
Information
Dear reader, to leave comments on the publication, you must sign in.