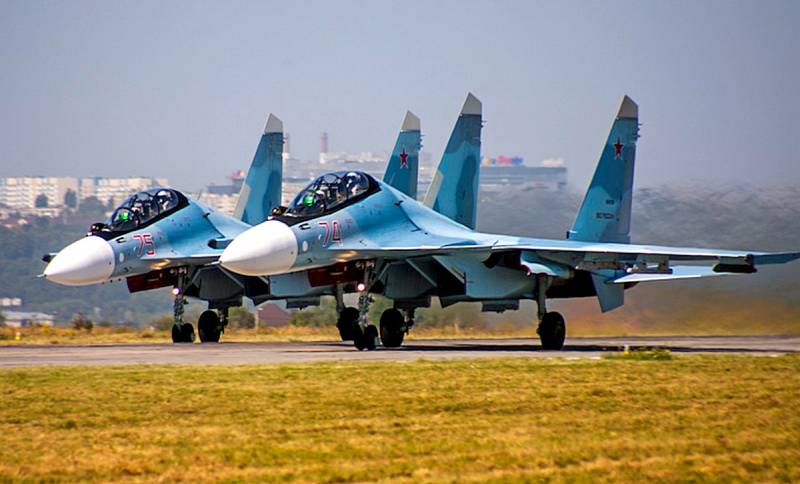 
Immediately after that, I heard a powerful threefold amplified boo-ha-ha from the Russian shores and a sigh of disappointment from the Ukrainian ones. Russian commentators joked about the epic confrontation between the forces of the Naval Forces of Ukraine and the Black Sea Fleet of the Russian Navy, when the Ukrainians, in a wake formation of 84 air mattresses, try to storm the well-fortified bastions of the coastal artillery of Sevastopol, or, turning around the front, they will attack Perekop. The non-brothers babbled something in response about the "mosquito" attacks by the Navy of the Black Sea Fleet's flagship, the missile cruiser "Moskva", and that Putin would scurry out of the Crimea, abandoning ships and equipment. In general, both sides were far from the truth.

You can laugh and mock for as long as you like about the receipt of the next batch of rubber-technical products by Kiev and remember the times when it built aircraft carriers, missile cruisers and the world's largest transport aircraft, but I would not recommend it. And that's why.

Nobody wanted war - but war was inevitable

Unlike our Ukrainian neighbors on the globe, our American sworn "friends" do nothing for nothing. Moreover, they deliberately do not try to hide their intentions. This is not the British MI6, which does everything on the sly, and even with someone else's hands. The Americans themselves are not going to get dirty either, but they make it clear where we will soon have to wait for complications and from whom. In the Donbass, I do not see water spaces. This means that soon we will have problems in the Crimea or Azov.

I am absolutely sure that the General Staff of the RF Armed Forces does not underestimate the potential enemy. As well as from the opposite side, the Pentagon understands perfectly well who they are dealing with and what kind of reaction should be expected from the Russian Federation in the event of possible sabotage in the area of ​​the Black Sea Fleet forces of the Russian Navy. And for what it is possible to use inflatable boats by the Special Operations Forces of the Armed Forces of the Russian Federation, the General Staff of the Armed Forces of the Russian Federation knows very well. Well, definitely not to demonstrate the power of the Naval Forces of Ukraine, so that on the next Independence Day in a parade of 84 mattresses to pass in front of the admiring citizens at the base of the deployment of the naval forces in the hero city of Odessa, and certainly not for sea fishing. Such floating craft are used exclusively for the release of troops and sabotage and reconnaissance groups (DRG). And given the storage and operation periods of these rubber-technical products, it is safe to say that such actions should be expected in the next 5 years. The Naval Forces of Ukraine also have a special unit for this, created on the basis of the 73rd Maritime Special Operations Center, which in May 2016 became part of the MTR of the Armed Forces.

Believe me, for the remaining time, the non-brothers are perfectly trained to land from the sea in any weather conditions on the unequipped coast by the forces of a reinforced Marine Corps battalion. And covertly, and at night, and in conditions of limited visibility. And as teachers-instructors they will be "seals" who have gone through more than one such operation in various hot spots of our planet. And the Ukrainians will willingly do it. Believe me, they were well-brainwashed during this time, and they know perfectly well who their enemy is and who stole Crimea from them. And their task is not to seize the base of the Black Sea Fleet of the Russian Navy, but to create a favorable background for the resumption of attempts to alienate Crimea from the Russian Federation by the forces of the outraged international community, and since this is even theoretically impossible, then to unwind another flywheel of sanctions against the Evil Empire.

Do you doubt it? Look who came to the White House. No, you don't have to look at Sleepy Joe (this one not today or tomorrow, look, he will drop his skates), look at his closest entourage. These people do not even hide their plans. RF is their main enemy. Fighting him is their main goal. And in war, all is fair. Just the corpse of Ukraine will come in handy, how much can you equip it with RDX? If in the 1st act there is a gun on the wall, then in the 3rd act it should fire. The gun in the 1st act was hung up by Obama. The second was held under Trump. Draw your own conclusions. Act 2 of the play began on January 3 of this year.

Over all Spain (Ukraine) cloudless sky

And to make it easier for you to think, I will cite a couple more interesting documents. Last fall, the US Federal Aviation Administration (FAA) did not extend the ban on US airlines from operating in “certain areas” of Simferopol's airspace. Deutsche Welle reported about it on October 16, 2020 with reference to an official document of the American government:

“Due to the change in conditions in Ukraine and the attendant risks for US civil aviation ... the ban on certain flights in certain areas of Simferopol is not extended ... which expires on October 27, 2020

The United States acknowledged that Ukraine is able to manage the risk of dual air navigation and counter Russia's intentions to interfere in flight operations. Also, the United States does not recognize the newly created, as declared by the Russian Federation, the flight information zone in Crimea.
- such an explanation of the FAA decision on his Facebook page was given by Andrey Guk, an expert on aviation law, a partner of the law firm Ante. Note that the decision was made just before the US presidential elections.

Less than 4 months have passed, or rather, after waiting for the 46th President of America to take office, the Minister of Infrastructure of Ukraine Vladislav Krykliy proposed to use the airspace of Ukraine, limited by the Simferopol Flight Information Region (FIR), for NATO air operations in order to monitor the air situation along borders with Russia. He stated this during talks with the NATO Deputy Secretary General for Defense policy and planning by Patrick Turner, which took place on February 10 in Brussels during a working visit there by the government delegation of Ukraine headed by Prime Minister Denis Shmygal.

Help: The airspace in the Simferopol Flight Information Region (FIR) includes the airspace over the sovereign territory of Ukraine, as well as the open waters of the Black Sea, where responsibility for airspace maintenance is delegated to Ukraine by international treaties.

For those who did not understand, we are talking about the territory of Crimea. On February 9, NATO Secretary General Jens Stoltenberg, during a press conference with Ukrainian Prime Minister Denis Shmygal, said that the strengthening of the presence of the military alliance in the Black Sea is a response to Russia's actions.

The Minister of Infrastructure of Ukraine Vladislav Krykliy immediately reacted to this statement by the NATO Secretary General:

Ukraine adheres to the chosen course of integration into the Euro-Atlantic collective security systems. One of the important areas of such integration is Ukraine's participation in the NATO Air Traffic Data Exchange Program. In modern conditions, it is important to strengthen control of civil air traffic and respond to crisis situations in the Black Sea region and the ATO zone. Taking into account the updated EASA bulletin on flight safety in the Simferopol flight information area and the abolition of the US Federal Aviation Administration's restrictions on flights in the Simferopol FIR, we propose to use this part of the airspace for NATO air operations for the transport of troops, equipment, cargo, and the like. We look forward to NATO support in monitoring the air situation along the border with Russia.
After that, the parties discussed the participation of the Ministry of Infrastructure in the preparation of the joint Ukraine-NATO exercises in the Black Sea "Coherent Resilience 2021", as well as in the process of creating a national sustainability system in Ukraine.

Conclusions: Since the European Aviation Safety Agency (EASA) recognized the Simferopol FIR area as a non-hazardous flight zone and the US Federal Aviation Administration (FAA) removed flight restrictions over this area, and the time for the maneuvers "Coherent Resilience-2021" in the Odessa region we know, we can say that we know exactly the time and place of the impending provocation.

The very first aircraft of the North Atlantic Alliance, which appeared in the airspace over the Crimean peninsula, will be shot down by Russia
- Yakov Kedmi, a former intelligence officer from Israel, made a corresponding forecast.

There is no doubt about this in the West either. And they are counting on this. After all, Crimea, according to foreign opinion, is the sovereign territory of Ukraine. She gave the appropriate permission to fly over it. Before shooting down a NATO plane, the Kremlin should think very hard. Very much! And then there are naval saboteurs, out of nowhere. The spiral is clearly twisting.

Own comment: I really respect Yakov Kedmi, but he is not the one who should comment on these events. If Russia does not want complications at the international level with Crimea as well, then in this case it must (simply must!) Seize the initiative and try to translate the situation at least into the verbal plane to begin with. All the latest actions and statements of the new American administration make it clear that they are transferring the vector of their activity from Donbass to the Crimean Peninsula.

There are no complaints about Ukraine at all. Firstly, it acts in its own right and, according to all international laws, has grounds for that (the whole world believes that Crimea is its, I have not heard something so that over the past 7 years someone has officially recognized its belonging to the Russian jurisdiction) ... And secondly, who is Ukraine? Who in this situation asks her opinion? A country that has completely lost its independence and is under the external control of the United States. As they said there (in this case, NATO), she did just that. Its risks are zero.

But the risks of the Russian Federation are great here. And in order not to bring the matter to the downed plane, the Russian Federation should be the first to issue an official warning. Moreover, it should not be Putin or Lavrov who should speak, but the head of the Department of Information and Mass Communications of the Ministry of Defense of the Russian Federation, Major General Igor Konashenkov. And his statement should be short and extremely laconic - in the event of a violation of the air borders of the Russian Federation in the area of ​​the Simferopol FIR, any violating aircraft, regardless of its affiliation (even NATO, even the United States) will be shot down! Briefly and clearly! It is not politicians who should talk here, but the military. They understand each other (at least they understood each other until now). After that, the ball will be on the US side and responsibility for the downed plane (and it will be shot down!) Will also be on them. And then we'll see how it all ends. It will be worse if the Americans send there, as they usually do, a civilian plane. Then you have to plant. Forced. Or history will repeat itself with the South Korean Boeing of 1983.
Reporterin Yandex News
Reporterin Yandex Zen
34 comments
Information
Dear reader, to leave comments on the publication, you must sign in.