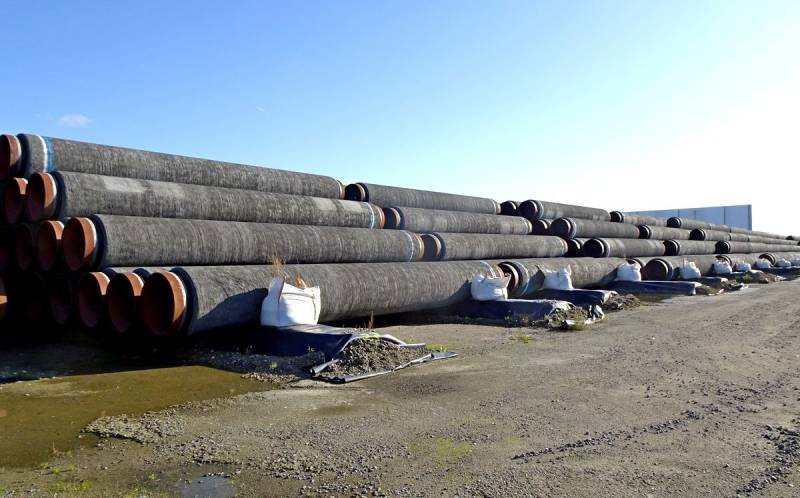 The unusually cold winter of 2020-2021 has sharply raised the prices for "blue fuel", which are breaking records in Europe and Asia. General Moroz helped Russia again, and Gazprom's profits began to grow. Moreover, the compromise between Europeans and Americans on Nord Stream 2 is becoming more and more realistic. Is it a victory, comrades? Alas, everything is much more complicated. For our country, this winter is at the same time good news, and not really. Let's figure it out.


So, the abnormal cold is now in all parts of the world. European gas storage facilities are already more than half empty. At the same time, Gazprom is in no hurry to increase its supplies, since the prices for its products are tied to oil quotations, which were low six months ago, and pumping additional volumes of over 40 billion cubic meters is paid to Ukraine at an increased tariff. At the same time, a real energy crisis occurred in Asia. At times, the temperature there dropped to minus 40 Celsius. In Japan, it is now on average 3 degrees below normal. For an island nation, where nearly a dozen nuclear reactors have been shut down after the Fukushima accident, this is almost a disaster. The result is logical: prices for "blue fuel" in the Asian market have set a record, in some places reaching $ 1000 per thousand cubic meters. There are no bad ones, and all the LNG producers sent their tankers there. At the same time, in Europe, due to abnormal frosts and heavy snowfalls, the generation of "green electricity" received from solar panels and wind turbines, which are corny frozen, has decreased.

It would seem that here it is, the moment of truth. It is time for the Old World to sign its impotence and inability to do without Russian gas and Nord Stream-2, in particular.

On the one hand, there is a great deal of truth in this. Indeed, the likelihood that the European Union will now firmly side with the problematic Russian-German project is growing. Because of the US sanctions, the gas pipeline lies dead weight at the bottom of the Baltic Sea, and Gazprom simply cannot complete, certify and put it into normal operation on its own in the face of systemic opposition. Europe needs diversified energy supplies, and the current situation has shown that LNG cannot be considered a panacea. The “invisible hand of the market” can redirect it to where the price is higher at any time. Taken together, this means that Brussels, Berlin and Washington can indeed come to some kind of compromise on Nord Stream 2, allowing it to be completed and launched at 50% capacity in accordance with the norms of the Third Energy Package.

On the other hand, for Russia this victory will be "Pyrrhic". The abnormally cold winter has once again convinced Europe that it is vitally important for it to force Gazprom to maintain Ukrainian transit. It's all about the unique underground gas storage facilities of Nezalezhnaya, the largest in the Old World. Their size is a guarantee that the EU will be able to obtain sufficient volumes of "blue fuel" at the highest peak consumption loads and use them to store gas purchased at a reduced price in the off-season. With this in mind, the second part of the compromise between the European Union and the United States may look like this: Nord Stream 2 is launched, giving the Europeans an additional route, but at the same time Gazprom is under the obligation to pump the same guaranteed 40 billion cubic meters of gas through the Ukrainian GTS in year.

Why can't this be called a victory for the Kremlin? Probably because the strategy of the state corporation was based on getting rid of Nezalezhnaya once and for all as an intermediary by building two bypass pipelines. All these grandiose plans now threaten to collapse. Then Gazprom will have to maintain Turkish Stream, the half-empty Nord Stream 2, and the Ukrainian GTS, where everything that will exceed 40 billion cubic meters per year will have to be paid at an increased tariff. Plus, there is no doubt that Kiev will include in the transit tariff the funds needed to repair and modernize its dilapidated gas pipeline. The Kremlin will definitely not be able to use bypass pipelines to put pressure on Kiev, since, according to the German newspaper WirtschaftsWoche, Berlin and Washington have thought out a mechanism for shutting down Nord Stream 2 in such a case.
Reporterin Yandex News
Reporterin Yandex Zen
74 comments
Information
Dear reader, to leave comments on the publication, you must sign in.