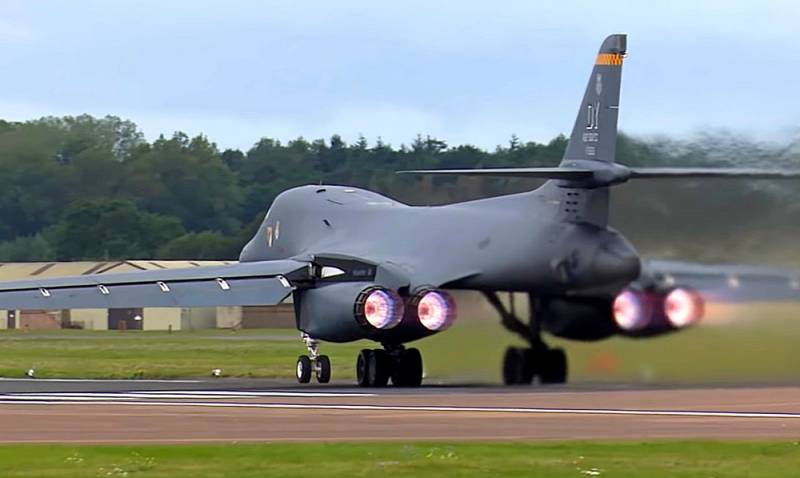 The Arctic is increasingly turning into an arena of confrontation between Russia and NATO. The Ministry of Defense of the Russian Federation is rapidly restoring the military infrastructure abandoned after the collapse of the USSR in the Far North, and the United States has clearly chosen Norway as its base for control over our Northern Fleet and the Northern Sea Route (NSR).


The reasons why Washington is now showing increased attention to the Arctic region are understandable. The optimal trajectory for the flight of intercontinental ballistic missiles in both directions is going over the Arctic Ocean. Huge reserves of minerals and hydrocarbon fuels are concentrated on its sea shelf, and the shortest waterway between Europe and Asia passes through the NSR. At present, Russia is objectively dominating in the Arctic, since the United States, having relaxed after the collapse of the USSR, lost its positions there, but now intend to correct this situation.

The Pentagon considers its Alaska in the East and Norway in the West of the Northern Sea Route as bridgeheads. In order to be able to "clog" the NSR, the Americans have already done a lot, about which we have already told earlier. Let us now dwell in more detail on their activities in Norway. Despite its NATO membership, it has always been against the deployment of military bases and troops of allies in the alliance on its territory, so as not to worsen relations with Russia once again. But now Oslo is clearly ready, under pressure from Washington, to change its approach.

So, since 2017, the Kingdom has begun construction of a new radar station Globus III ("Globus-3"). It is part of the US missile defense system and will act in the interests of the US strategic command, which is responsible for nuclear and space military operations. The new radar will complement and strengthen the existing Globus II. Located in Norway, the radars will monitor Russian military activity in the Far North and collect data on missile tests at the Russian Defense Ministry's ranges. In 2019, Moscow was forced to respond to this joint project of Oslo and Washington with exercises using front-line bombers Su-24M, which practiced the delivery of anti-radar missile and bomb strikes.

A squadron of US Navy Poseidon patrol aircraft (Boeing P-8) has already been deployed at the Norwegian military airbase Anneia. These patrol anti-submarine aircraft are armed with torpedoes and anti-submarine bombs and are clearly aimed at combating submarines of the Russian Northern Fleet. At the same time, the number of calls of US and NATO submarines at the ports of the Kingdom has increased significantly. Not far from the city of Tromsø, the Norwegians are modernizing a separate port to facilitate the stay of the US Navy's multipurpose nuclear submarines there, which is directly confirmed in Oslo:

We are making adjustments to the operation of the port of Grötsund so that submarines of our allies can enter there.
Also in the Kingdom, the number of the US Marine Corps has doubled, and large-scale exercises are being conducted in conjunction with other NATO countries. For example, the Trident Juncture 2018 maneuvers were the largest since the end of the Cold War. The military airfields of Bardufoss, Evenes, Erland, Banak and Ryugge are being modernized. Of the latter, they became extremely unpleasant for the Russian Ministry of Defense news that four B-1B Lancer supersonic strategic bombers were transferred to Norway. Their AGM-158 JASSM missiles are capable of hitting targets at a distance of 360 kilometers, and the JASSM-ER modification - at all 980 kilometers. These are high-precision air-launched missiles designed for low-altitude penetration of the air defense system. A squadron of four American "strategists" carrying up to 96 anti-ship missiles is able to control the Barents Sea from Norway, creating a lot of problems for our Northern Fleet.

True, Oslo claims that all this military power is directed against someone else. Norwegian Defense Minister Frank Bake-Jensen explained that we have nothing to worry about:

The fact that our allies are conducting exercises with us is part of the adopted by Norway policy in the field of security and naturally in terms of cooperation within NATO. Russia knows this well; it has no real reasons for indignation.
Such nonsense. However, for some reason the RF Ministry of Defense thinks differently.

In response to the American Globus-3, the Voronezh radar station was built near Murmansk. The Joint Strategic Command "North" has been created, which ensures the security of the entire Arctic region from Murmansk to Anadyr. And since the beginning of this year, the Northern Fleet has received the status of a military district. Subordinate to him are submarine and surface forces, naval aviation, air defense and coast guard. Already, 10 of the 13 military airfields located beyond the Arctic Circle have been restored, where strategic bombers Tu-160, Tu-95MS and Tu-22M3 can be accommodated. An extended runway has been built on the island of Alexandra Land, from where the White Swans and the upgraded supersonic MiG-31s ​​with the Daggers will be able to destroy American bases not only in Norway, but even in northeastern Greenland. An air defense division stationed in the villages of Tiksi and Dikson covers the Russian air bases from attacks from the air. 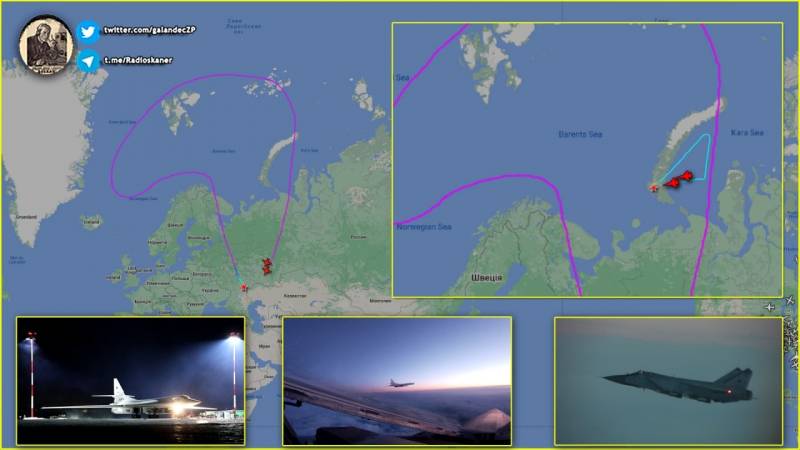 The fact that such a scenario is absolutely realistic was shown by the Russian Aerospace Forces, having recently sent supersonic Tu-160s to the Arctic Ocean, and then along the Norwegian coast to the North Atlantic from the Saratov region, after which they returned safely back to the city of Engels. At the same time, along the way, they were accompanied by MiG-31 interceptor fighters. In the West, this was quite rightly regarded as Moscow's response to the transfer of American B-1B Lancers to the Arctic.
Ctrl Enter
Noticed oshЫbku Highlight text and press. Ctrl + Enter
We are
"We must beat first": the geopolitical alignment around Russia is continuously deteriorating
US vs. Russia: clash in the Arctic becomes inevitable
Reporterin Yandex News
Read Reporterin Google News
29 comments
Information
Dear reader, to leave comments on the publication, you must sign in.