What is behind Turkey's claims to Russian territories 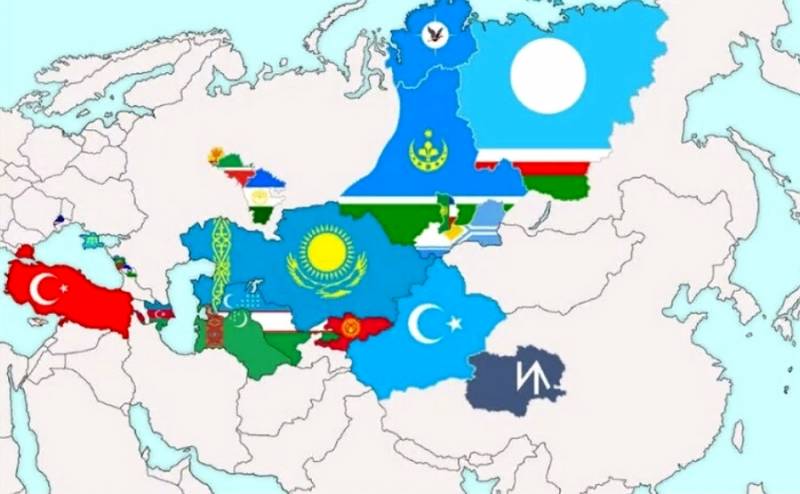 Extremely active and aggressive external policy In recent years, Ankara has inevitably forced to talk about its attempts in one form or another to recreate the "Ottoman Empire-2". Some Turkish media even publish some maps where the Russian North Caucasus, the Volga region and part of Siberia inhabited by Turkic-speaking peoples are in the zone of its influence. It is customary for us to dismiss all this, pointing out that Turkey is just a regional power with a problematic the economy, which cannot afford such an integration project. Anyway, she is a "vassal" of the United States who looks into Washington's mouth. But is it worth treating Ankara's neo-Ottoman ambitions so lightly?


Alas, everything is much more complicated than we would like. The 1991 geopolitical catastrophe opened a window of great opportunity for Turkey, which it successfully seized on. Ankara, which was never allowed into the European Union, has been consistently building its own integration project for three decades, which can compete with the Eurasian Union. But she does it in slightly different ways.

Thus, the European Union began with a mutually beneficial economic union, and then moved on to political integration. Initially, Turkey did not have such opportunities, so it chose the path of "soft power", taking the Turkic identity as the basis for integration. It is possible to conditionally single out 4 "circles" within which the Turkish cultural, educational, economic and political expansion is continuously going on. The first includes neighboring Azerbaijan, the countries of the South and North Caucasus. The second includes Central and Central Asia. The third is the Russian regions inhabited mainly by the Turkic-speaking peoples. The latter, as wild as it may sound at first glance, includes the leading power of the EU, Germany, where the largest Turkish diaspora lives. As you can see, we are in third place here, and our allies in the CSTO are in second. The first stage of integration between Azerbaijan and the South Caucasus can be conditionally considered completed after the crushing military defeat of Armenia in Nagorno-Karabakh.

How does this "soft power" of Ankara work?

Turkish influence comes through the development of a wide network of foundations, associations and communities, educational programs and joint projects, financial support for loyal businesses. Due to this, an influential pro-Turkish lobby and local "Turkish-thinking" elites are formed. In particular, Türk İşbirliği ve Kalkınma Ajansı - TİKA (Agency for Cooperation and Development of Turks) operated on the territory of our country, which set the goal of “growing worthy political leaders”, “TÜRKSOY” - an international organization for the study of Turkic culture (“TURKSOY”) with the official language of communication in Turkish, the cultural centers of the Institute. Yunus Emre, a religious sect "Nurcular", which promotes pan-Turkist ideas and has set itself the goal of introducing its supporters into state bodies, military and law enforcement structures, as well as many others. The main areas of their action are the regions of Transcaucasia, Central Asia, Russian Altai, Tatarstan, Bashkortostan, Khakassia, Sakha and Tuva. It is not surprising that domestic law enforcement agencies have begun to fight against such activities. For example, the Nurcular religious movement is recognized as extremist in Russia and is prohibited. However, pro-Turkish propaganda is also being carried out through social networks.

Why is all this being done? Is Ankara seriously hoping that Tatarstan or Bashkortostan will someday decide to secede from the Russian Federation and join Turkey? Why would they? 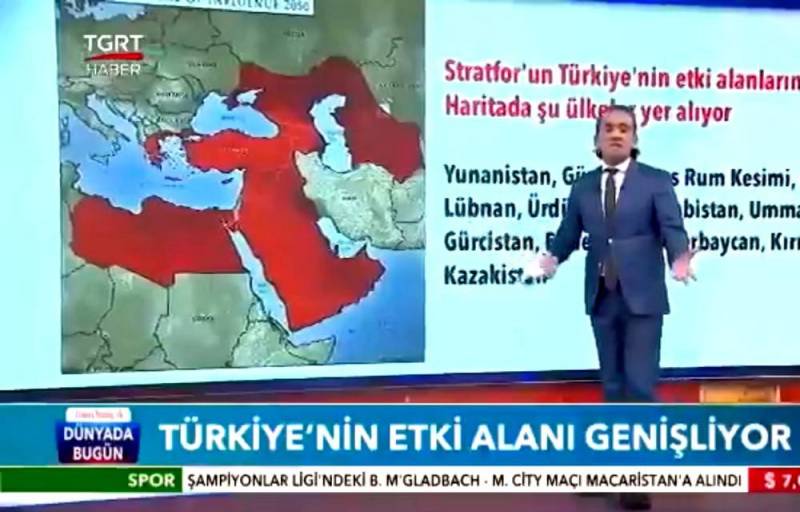 In fact, everything is much more complicated. Politics is determined by the economic basis, but here everything is not so simple. President Erdogan has already laid a solid economic foundation for his integration project “Great Turan”. The joint victory of Baku and Ankara in Nagorno-Karabakh allowed Turkey to open a land transport corridor to neighboring allied Azerbaijan and through it to the Caspian Sea. And that changes a lot. Now Turkey has received not only direct access to the resources of the continental shelf of the Caspian Sea, but also the ability to intercept transit cargo flows from Asia to Europe from Russia, turning into a "logistics superpower". This means that the countries of Central and Central Asia are becoming involved in this joint economic project, which competes with our "North-South".

And that's not all. Also, there is already an alternative pipeline supplying Azerbaijani gas to Southern Europe via Turkey. Access to the Caspian Sea could give a second life to the project of the Trans-Caspian pipeline, which will send Turkmen and Kazakh gas through TANAP, bypassing the Russian "Turkish Stream". And oil and gas are the cornerstone of the entire Russian power vertical. This means an almost imminent conflict between the Kremlin and the former Soviet republics. Kazakhstan risks becoming the first in line, without which this transit project will not take place.

The reason for the escalation may be, for example, the issue of the "northern territories", where some anti-Russian provocations against the local population may occur, which will entail retaliatory actions of the RF Ministry of Defense. And here the "savior" Turkey, which has already helped Azerbaijan, can intervene in the matter. A quarrel with the "northern neighbor" could push Nur-Sultan into the arms of Ankara and convince other Central and Central Asian republics of the need for closer economic, military and political integration around Turkey, which positions itself as the center of a macro-regional unification alternative to Russia, as opposed to Moscow. If something similar to the events in the Donbass begins in Northern Kazakhstan, then a hotbed of permanent instability will arise on the border of the Southern Urals, posing a threat to key industrial regions of our country. In the future, then, in neighboring Kazakhstan, Turkish observers, peacekeepers and military bases may appear.

So we are smoothly approaching the third "circle" of Turkish influence, where Russia is already located. Ankara is toughly and effectively promoting its integration project, alternative to the Eurasian Union, which is engulfing many former Soviet republics. The better “Sultan” Erdogan does it, the more doubts may arise in the minds of “properly grown” local elites in the Turkic-speaking Russian regions. And these are preconditions for separatism, which risks re-entering the agenda, as in 1991, if a coup d'etat and subsequent civil conflict occurs in our country.
Ctrl Enter
Noticed oshЫbku Highlight text and press. Ctrl + Enter
We are
"We must beat first": the geopolitical alignment around Russia is continuously deteriorating
Ten "defeats" of Putin
Reporterin Yandex News
Read Reporterin Google News
36 comments
Information
Dear reader, to leave comments on the publication, you must sign in.