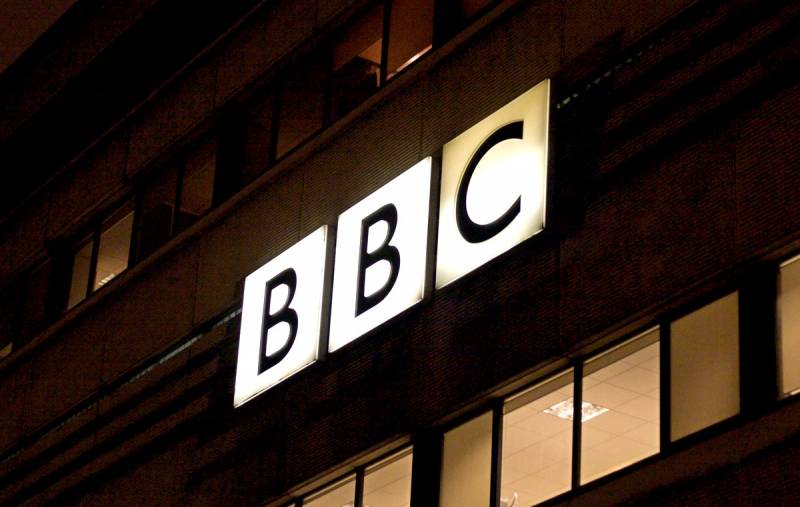 In recent years, the contradictions between the so-called "collective West" and its supporters and the rest of the world have become increasingly acute. Not the least place in this confrontation is given to the mass media. Now information warfare is one of the components of hybrid wars in the world, and the more foreign information headquarters are destroyed, the better, according to the West.


On the night of this Friday in China, they decided to ban the broadcasting of the British TV channel "BBC". This was commented on by the fact that - “the channel violated policies TV and radio broadcasting, because its reporting was not truthful and impartial, and also undermined national interests and ethnic solidarity. "

And almost immediately the United States condemned this decision. State Department spokesman Ned Price called China's information space "the most controlled and least free in the world," and called on the Chinese authorities to provide their people with full access to the Internet and the media.

However, the decision to ban the BBC was announced by the Chinese only a week after the British regulator Ofcom revoked the broadcasting license of the Chinese state television channel CGTN in the UK.

As they say in diplomacy, a mirror response was applied, that's all. And instead of taking it for granted, the West began to resent the Chinese decision.

By the way, quite recently the European members of NATO were also outraged by the retaliatory expulsion of their diplomats from Russia, like - And what about us? Well, after the expulsion of diplomats from Germany, Sweden and Poland, who were too much poking their nose into other people's affairs, indignation over the actions of the intolerable Russians began to spill over the edge. They called the actions of the Russian side "completely unfounded". And the head of the EU's Ambassadorial Prikaz, Josep Borrell, denied accusations that they were involved in activities incompatible with their status as foreign diplomats.

I wonder what all these gentlemen would say if they caught Russian diplomats in the midst of the people at unauthorized anti-government rallies in their countries?

But back to the media policy in NATO countries and those who agree with them.

For example, the National Council for Electronic Mass Media (NSESMI) of Latvia has banned retransmission of 16 Russian channels. And it would be fine if it only concerned political channels, because among the prohibited channels there is even "Kitchen TV"! This is already the limit of Russophobia among Latvians. It turns out that even Russian cuisine is so frightening to the countries of the democratic EU that it is better to turn it off from harm, otherwise the inhabitants of these countries will suddenly become imbued with sympathy for the hated Russians! The Russian Union of Journalists unequivocally assessed such closure of TV channels as a cleanup of the Latvian media space.

A little earlier, on July 9, 2020, the Lithuanian Radio and Television Commission banned the broadcasting of the Russian TV channels of the RT group. This is how they rule in the EU countries. They do not prohibit SS marches, but they close the Russian media together!

Well, and how can we do without Ukraine, "supporting" NATO countries. Here they went even further - they banned 3 of their own opposition channels. And without trial and investigation.

On July 7, 2016, the National Council of Ukraine on Television and Radio Broadcasting banned the broadcasting of nine Russian TV channels in the country, including the “Smile of a Child” TV channel.

On September 29, 2016, 3 Russian TV channels "Somedy TV", "Our Football" and "Karusel" were banned. Apparently, Poroshenko sensed some kind of trick from Somedy TV. And "Karusel" was probably covered so that Ukrainian children would not watch the kind Soviet cartoons about Cheburashka and the crocodile Gena, who were building something together and finally building it.

On January 12, 2017, Ukraine obliged providers to turn off the Russian Dozhd TV channel because of its position in Crimea.

In total, as of December 31, 2017, the broadcast of 80 Russian TV channels is prohibited in Ukraine.

But best of all characterizes the situation with the media in the "Western" countries and their opponents, the statement of the now deceased McCain. After the Russian media RT and Sputnik were forced in 2017 in the United States to register as foreign agents, Americans were very indignant at the mirror response of the Russian side. Then John McCain said to Russia that - "RT and such television networks as Voice of America, Radio Liberty, CNN or BBC cannot be equated and the international press cannot be recognized as foreign agents." Western media, he said, "are seeking the truth, debunking lies and calling governments to account."

I would like to hear the truth about Colin Powell's test tube, which he was shaking before the invasion of Iraq, and what was in it after all? About how the American military shot the civilian population of Afghanistan and the same Iraq from helicopters. There was one such Australian Internet journalist and TV personality, WikiLeaks founder Julian Paul Assange, who tried to tell the world about it. And where is he now? Persecuted in the homeland of "BBC" on a tip from the same USA.

Maybe the United States is calling governments to account, only they forgot to say that it is not their own and not their allies. After all, this is quite in the spirit of another famous saying of 32 American President Franklin Roosevelt about the Nicaraguan dictator Anastasio Somoza (senior): He is a son of a bitch, but this is our son of a bitch.

Or maybe this is an ordinary racism when we, i.e. "The collective West" is a city on a hill, bringing light and truth to the whole world, and opponents are pitiful losers, not worthy to kiss their master's shoe?
Reporterin Yandex News
Reporterin Yandex Zen
6 comments
Information
Dear reader, to leave comments on the publication, you must sign in.