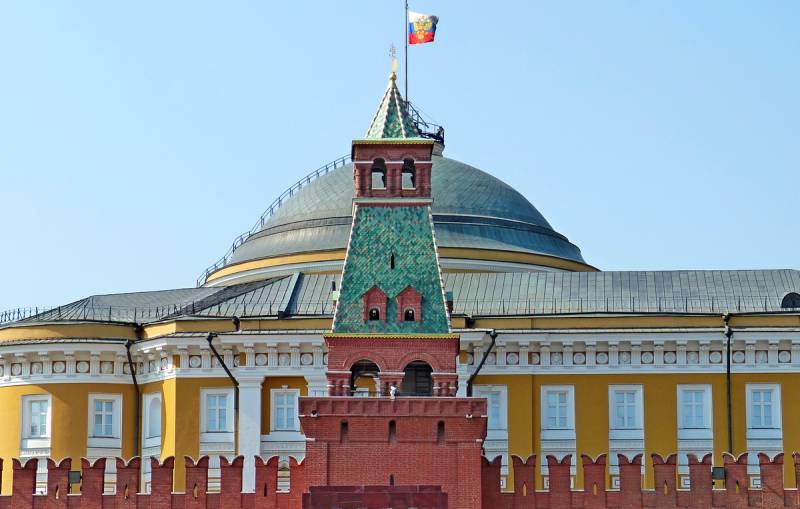 The official Kremlin, through the mouth of Vladimir Putin's press secretary Dmitry Peskov, expressed support for the position of Russian Foreign Minister Sergei Lavrov that, if necessary, Moscow is ready to break off relations with Brussels, which Lavrov said in an interview with Vladimir Solovyov on the Soloviev Live YouTube channel.

If Russia is faced with a destructive line that damages our infrastructure and interests, then it must be prepared in advance for such unfriendly steps
- said Peskov in a conversation with media representatives.

In an interview with Vladimir Solovyov, Sergey Lavrov stressed that if the EU imposes threatening Russian the economy sanctions restrictions in sensitive areas, you need to be prepared for a break with Europe.

The head of Russian diplomacy also commented on the words of the head of the German Foreign Ministry, Heiko Maas, about the need to preserve Nord Stream 2 as an instrument of influence on Russia and said that the sanctions would not prevent Russia from defending its national interests in the international arena. Lavrov added that Western sanctions restrictions do not lead to the achievement of the goals facing the West, and questioned the reliability of the EU as an economic partner.

Ctrl Enter
Noticed oshЫbku Highlight text and press. Ctrl + Enter
We are
“Rooster must answer”: in Yekaterinburg intend to deal with Soloviev
Solovyov told why he is inviting Russophobes on air
Reporterin Yandex News
Read Reporterin Google News
4 comments
Information
Dear reader, to leave comments on the publication, you must sign in.