Will the Sea Launch Save the Russian Space Industry


What is happening with Roskosmos may well become the beginning of a joke. What is the mere appointment of Dmitry Rogozin as the General Director and the subsequent personnel shifts that completely changed the development priorities. Previously, the “Angara” that had not justified itself was going to “bury”, but now the Proton, which had been tested over the years, went under the knife and wanted to (and in theory could) make it cheaper by removing one of the steps. If earlier the main hopes were connected with Soyuz-5, also known as the Phoenix, now it’s clear that the rocket is not a tenant. In any case, in the form in which it was started. 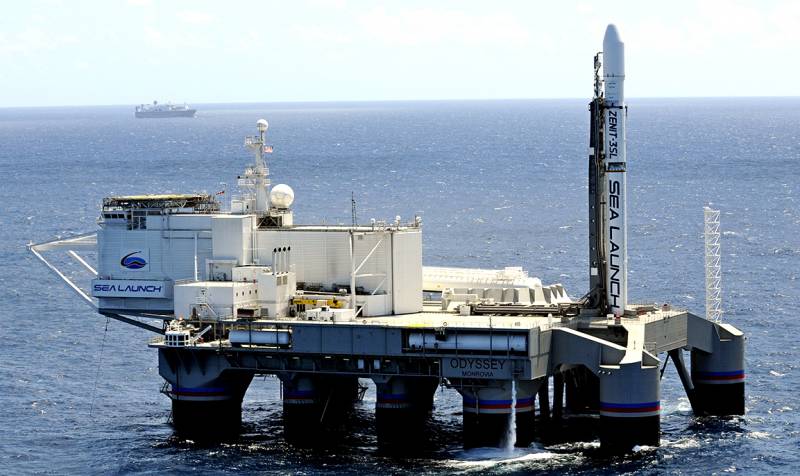 “It is not closed, we just watched the preliminary design, and the engineers had the impression that it very much resembles Zenit. It is clear why this was done - in order to use the Zenit infrastructure in Baikonur. We are now looking at other technical solutions. Engines using new fuel, for example methane, ”said Dmitry Rogozin at the Moscow conference of Roscosmos.

The foregoing will be understood only by a narrow circle of specialists, but very well understood. In short: the rocket "did not go", the rest are excuses. It’s impossible just to rebuild the launch vehicle for a fundamentally new engine, otherwise the United States would have long abandoned the Russian RD-180 at the first stage of the Atlas V. In fact, such a solution will require the creation of a new rocket, and it can be called whatever you like: at least Soyuz-5, at least Soyuz-100, at least Phoenix-1000. And Russia does not have the required methane engines. And it is not known when they will appear or whether they will appear at all.

In other words, the Soyuz-5 rocket - until recently, the main hope of the Russian space industry - has ordered a long life. Probably, Vladimir Solntsev (general director of RSC Energia, the developer of the launch vehicle), who recently announced his resignation, also understood this. They say he left of his own free will. Checking exactly this, however, will be difficult. 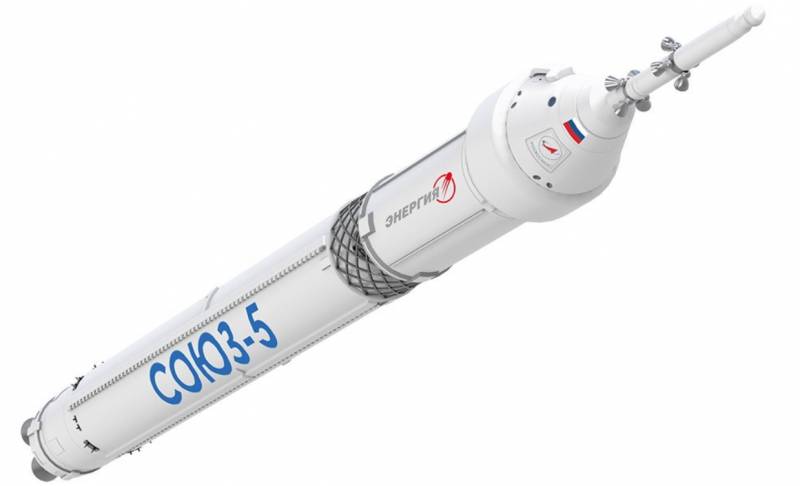 Finally, the main thing in our history. Rogozin, among other things, noted that the new version of Soyuz-5 would not be suitable for the Sea Launch project. And this is one of the most important areas. In any case, many experts saw Soyuz-5 as a sort of ray of light for the Russian private space industry in the person of the S7 Group, Vladislav Filev, who wanted to use the launch rocket for Sea Launch. The Russian private space sector has no other hopes in the face of other large entrepreneurs. However, a few details.

Sea Launch is a single-copy floating spaceport for launching Ukrainian-Russian, and to be very frank, Soviet Zenit missiles. It has two main components: the Odyssey launch platform and the Sea Launch Commander assembly and command ship. The very idea is to deliver the rocket by sea to the equator, where the best conditions are for launching the payload into orbit: this is how you can maximize the use of the Earth's rotation speed.

“Sea Launch” back in the 90s was founded by the American Boeing, the Russian RSC Energia, the Norwegian company Kvaerner, as well as the Ukrainian Design Bureau Yuzhnoye and the enterprise Yuzhmash. The latter, in fact, produces rockets for the Sea Launch.

Everyone believed in success, but soon the project became a heavy burden, which everyone was happy to get rid of. What exactly went wrong is hard to say. Despite the fact that the price was very attractive, and Zenit technically cope with the lion's share of commercial orders, from 1999 to 2014 they made only 36 launches. This is not very much. With the then popularity of "Proton", for example, can not be compared. Moreover, three launches from the Sea Launch ended in failure. Not the best statistics. This scared off potential customers.

In general, initially the conglomerate wanted to launch several missiles in one go to sea - it did not work out. The ship had to ride "half empty". The further history is more or less known: bankruptcy claims in 2009, lengthy proceedings between shareholders and, finally, the sale of the complex to a private person in 2016. They, as we know, turned out to be businessman Vladislav Filev. At a meeting of shareholders of RSC Energia in March, shareholders supported the sale of a floating spaceport. The document says that the purchase price of assets amounted to 6,28 billion rubles. In general, the project became private and completely Russian. From the outside it looked good - many experts in recent years have been seriously talking about the beginning of the era of private space exploration. On the other hand, the obstacles on the way to Filev’s dream of becoming a “Russian Mask” are very serious. And now, the leaders of the Sea Launch risk being left with nothing. And already, probably, without the possibility of a profitable sale of the latter.

The main obstacle, oddly enough, is Roscosmos itself. And to be more precise, the bureaucracy reigning there (if the matter, of course, is precisely in it). As early as April 28, 2017, S7 Sea Launch Limited signed a contract with the Ukrainian Yuzhmash for the production of twelve Zenit missiles, an alternative to which is currently not available for Sea Launch. And recently, Sergey Sopov, CEO of S7 Space, spoke about the problems that the updated Sea Launch encountered in the early stages of the implementation of the planned programs. The fact is that the conditionally Ukrainian Zenit-3SL used for launches from a floating spaceport primarily consists of Russian components, which is well known. Earlier, S7 Group applied for a previously guaranteed permission of the Russian government to supply them. In theory, everything turned out in favor of a group of companies, but in early May 2018, the Russian government resigned after the presidential election, and then the approval of documents “hung” at many levels.

One can argue endlessly about why this happened. One thing is obvious: in Russia they want to see exactly Soyuz-5 on the floating spaceport, and not the Ukrainian Zenit. The actual rejection of the former greatly reduced the credibility of the complex in the eyes of the Russian leadership. Another dependence on Ukrainian enterprises, even in the private sector, is clearly not what the Kremlin is counting on. In general, the current attitude of the authorities towards the complex is well illustrated by the recent statements by Rogozin, which we have already talked about. “Sea Launch has its own resource. While we are developing a rocket, the Sea Launch resource will be eaten up, so there is no such task, ”he said, commenting on the prospects of Soyuz-5 as part of its launches from a floating spaceport. 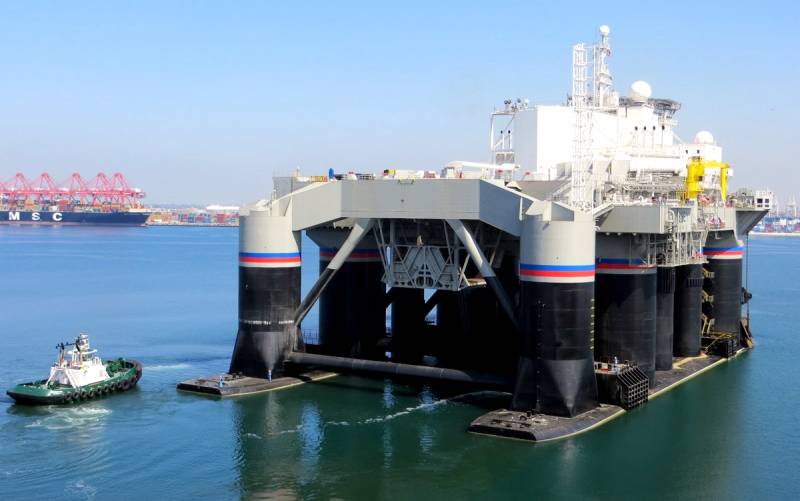 What will happen next? I sincerely want to believe that the private space industry in Russia will develop. In the current realities, however, this can happen not “noble”, but “contrary”. From the good: there are still plans to launch the rocket from Sea Launch in 2019 and there is Yuzhmash, which, at the very least, can produce Zenit if Russia supplies it with components. S7 itself believes that already four starts a year will make the project payback. This looks too optimistic, but the commercial prospects of the private Sea Launch, with all its shortcomings, are still more definite than those of the clumsy state monopolist in the person of Roscosmos. The plans of which each time radically change with the leadership. And who still does not know which rocket he needs.
Ctrl Enter
Noticed oshЫbku Highlight text and press. Ctrl + Enter
We are
Russia decided to resurrect an obsolete rocket
Russia will give “Ukrainian space” a little more
Reporterin Yandex News
Read Reporterin Google News
Ad
The publication is looking for authors in the news and analytical departments. Requirements for applicants: literacy, responsibility, efficiency, inexhaustible creative energy, experience in copywriting or journalism, the ability to quickly analyze text and check facts, write concisely and interestingly on political and economic topics. The work is paid. Contact: [email protected]
Information
Dear reader, to leave comments on the publication, you must to register.
I have an account? Sign in