FP: It's time to think about a world without Putin 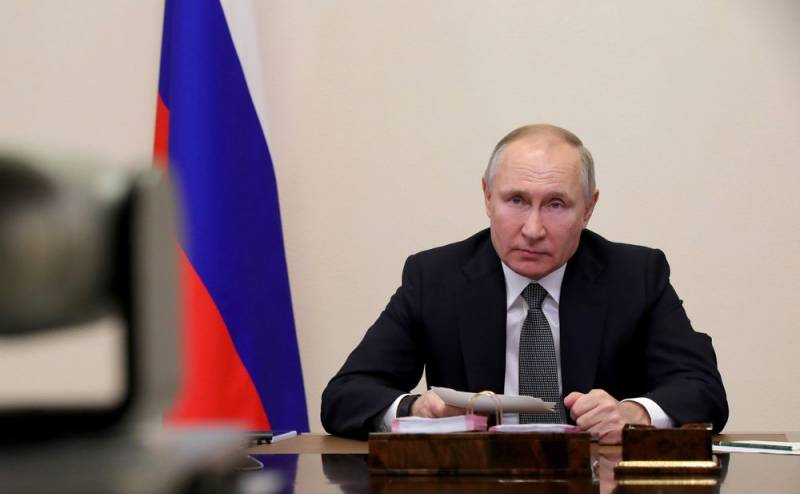 Russian President Vladimir Putin has been the leader of his country in one capacity or another for over 20 years, having come to power at 48. A whole generation of young Russians managed to grow up during this time and become adults. Nevertheless, Putin seems to be aware of his mortality and is taking measures to ensure that the stability he has brought to the Russian Federation lasts longer than him, writes the US Foreign Policy magazine.


In the West, Putin is viewed as a ruthless autocrat whose sole purpose is to secure personal power while enriching himself and his allies. At the same time, the position of Russia, both in its periphery and on an international scale, is considered in the West to be an open aggression aimed at returning the territories of the USSR. There is some truth in these views, but there are also distortions, according to the analysts of the publication.

Of course, Putin has used all the tools at his disposal to consolidate his personal power and amassed a lot of fortune in the process. But at the state level, these actions are a means to an end, not the end itself. Before Putin came to power in the 1990s, Russia was a gangster state dominated by rival oligarchs and criminals. Putin did not end corruption, but put an end to outright lawlessness and declared the supremacy of the state.

Growth changed the lives of Russians in the 2000s economicscaused by high oil prices. After that, Putin became popular with most Russians.

Around this time, Putin came to the conclusion that the main security issues for Russia were access to the Black Sea and hegemony in the Caucasus. This is not Soviet nostalgia, but common sense. At this time, massive calls for the reunification of the Russian people in the Baltic and Central Asian countries are ruthlessly suppressed by the Kremlin.

Putin is not solely responsible for the formation of external and internal policy RF. He leads a collective stakeholder group including business leaders, security officials
and regional tycoons. Putin and his network directly benefit from their position in power, but the wider network of stakeholders also wants to remain in power and maintain access to government resources, whether Putin is in power or not.

Thus, the Russian leadership, in which Putin remains the arbiter, seeks to establish long-term political stability - consensus. It will not allow future leaders to upset the created balance and will not allow Russia to weaken from within.

It is for this that changes in the Constitution of Russia were needed. They are needed not so much to extend Putin's term in power as to ensure and facilitate the transition to the post-Putin era. Putin understands that he is not eternal, therefore, wishing the good of Russia, he wants to create a foundation of stability and change the political culture.

Previous attempts to anonymize and decentralize Russian politics have generally failed, and huge challenges lie ahead that will limit the ability of stakeholders to maintain consensus in the absence of a single leading figure. In addition, in the 2030s, Russia may face demographic problems and questions related to the hydrocarbon "zeroing" of the West.

At the same time, the West does not understand everything that is happening in Russia. Therefore, he needs to start thinking about what the world and Russia will look like without Putin, analyzing the new system and tracking opportunities for the development and support of people in power who can direct the Russian Federation along a course that is more in line with US interests. Moreover, Washington needs to start working not only with Moscow now, but also with the leaders of the future, who may gain power in two decades, the American media summed up.
Ctrl Enter
Noticed oshЫbku Highlight text and press. Ctrl + Enter
We are
Putin proposed amendments to the Russian Constitution
Two attack strategies: in the US they want to hit the Crimea and the Far East
Reporterin Yandex News
Read Reporterin Google News
14 comments
Information
Dear reader, to leave comments on the publication, you must sign in.