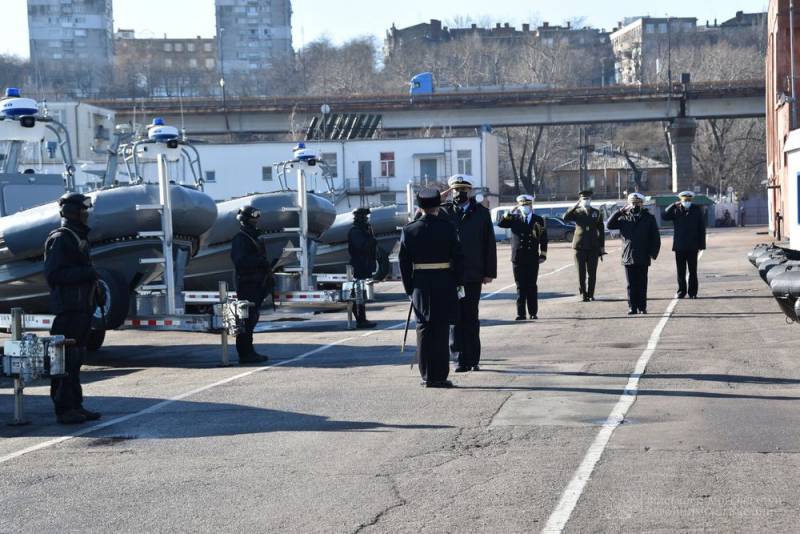 On February 10, 2021, on the territory of the Yug naval base in the Practical harbor of the Odessa port, a solemn ceremony was held to welcome the next portion of the Ukrainian military sailors technical help from the USA. This was reported on its official Facebook page of the Ukrainian Navy.

This event once again confirms that our strength lies in the unity of our peoples, military units and the entire civilized world, which resists Russian aggression.
- said at the event the Commander of the Ukrainian Navy, Rear Admiral Oleksiy Neizhpapa. 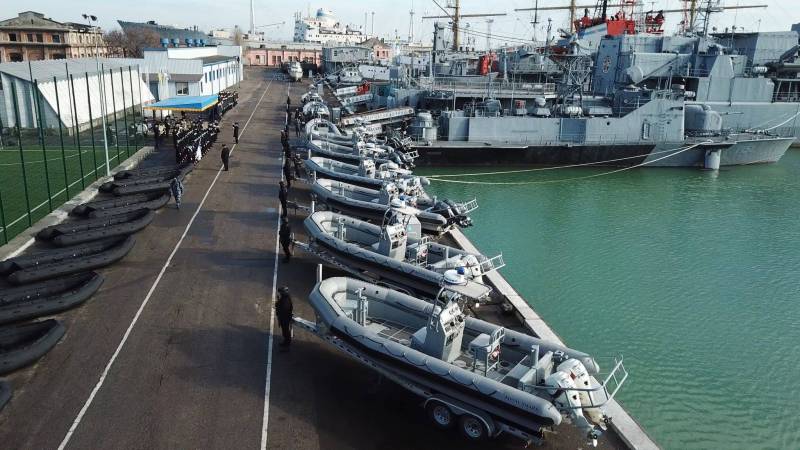 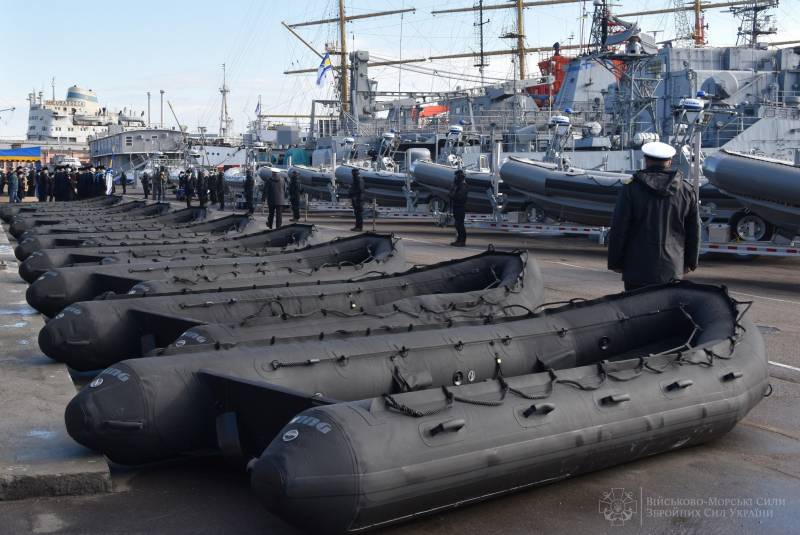 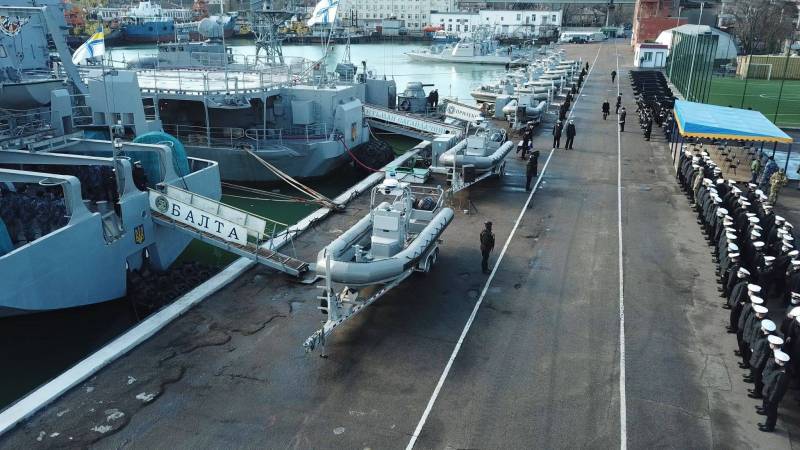 According to the commander, since 2014, together with NATO allies, Ukrainians have conducted more than 200 training events. After that, the rear admiral mentioned inflatable boats, diving equipment, thermal imagers and communication equipment that were transferred to the Ukrainians.

All this is the support of our friends on the way to a free and independent Ukraine.
- emphasized Neizhpapa.

He added that by the middle of this summer, three more Island patrol boats from the United States should arrive in Ukraine, which will seriously strengthen the country's defense.

We are always ready to help you realize the Euro-Atlantic future and strengthen your defenses
Said Captain 2nd Rank Defense Attaché Peter Mallory, who attended the ceremony from the US Embassy.

Note that some three decades ago, Ukraine was building aircraft carriers, submarines and missile cruisers. Now, in the role of a beggar, she is happy with inflatable boats, boats and equipment for saboteurs.
Ctrl Enter
Noticed oshЫbku Highlight text and press. Ctrl + Enter
We are
The new commander-in-chief of the Ukrainian Navy called Russia an empire and threatened to sink its ships
Deceive the enemy: Turks could destroy the "inflatable" Syrian "Shell"
Reporterin Yandex News
Read Reporterin Google News
13 comments
Information
Dear reader, to leave comments on the publication, you must sign in.