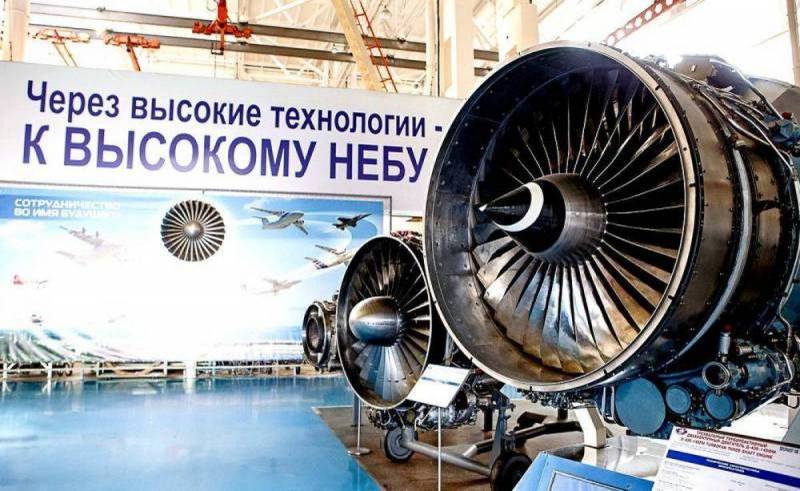 Kiev has imposed sanctions for three years against Chinese individuals and legal entities associated with the purchase of Motor Sich JSC. At the same time, Beijing has something to respond to such actions. On the air of the YouTube channel "Pershy Kozatsky" the Ukrainian economist, director of the department economic policy Federation of Employers of Ukraine Serhiy Salivon.


The expert noted that in the period 2013-2019, Motor Sich's export revenues fell from more than $ 1 billion to $ 300 million. Therefore, the company's management began looking for investors and found them in China, which is very interested in developing its own engine building. However, after Chinese investors bought a controlling stake in Motor Sich, Washington intervened in the process, which, with the help of the SBU and other state bodies of Ukraine, began to interfere with investors from the PRC. As a result, the confrontation reached the decision of the NSDC and decree President Vladimir Zelensky.

The first to react were Chinese investors who called the incident a robbery. The note that followed from the Ministry of Foreign Affairs of the People's Republic of China was sustained in more diplomatic tones, but the situation does not bode well for Kiev.

China is our main sales market. Last year, Ukraine delivered goods worth $ 7,1 billion to China. For Ukraine, this is a huge amount
- the expert specified.

He drew attention to the fact that the Chinese can "at the snap of their fingers" replace the supply of goods from Ukraine with similar products from other states. The explanation is simple - Ukraine does not supply anything unique to China (grain, sunflower oil, iron ore and products of primary processing of metals).

But where we will find such a capacious market is a big question.
- the economist outlined the method of retribution of the Chinese.

Beijing has a solid leverage - $ 7 billion. If the Chinese do this, it will be extremely painful for Ukraine. Moreover, Washington will not compensate Kiev for anything.

In his opinion, the Chinese cannot harm the United States, but they are quite capable of punishing Ukraine, which is being used by the Americans.

They have all the possibilities for this. International arbitration is one possibility. Another - they can file with international courts also on the fact of Ukraine's acceptance of restrictions
- summed up the expert.

Ctrl Enter
Noticed oshЫbku Highlight text and press. Ctrl + Enter
We are
Ukraine punished Chinese investors trying to get money back for Motor Sich
The US is preparing to disrupt the sale of Motor Sich to China
Reporterin Yandex News
Read Reporterin Google News
2 comments
Information
Dear reader, to leave comments on the publication, you must sign in.