Russia is preparing to show the West its "strategic power" 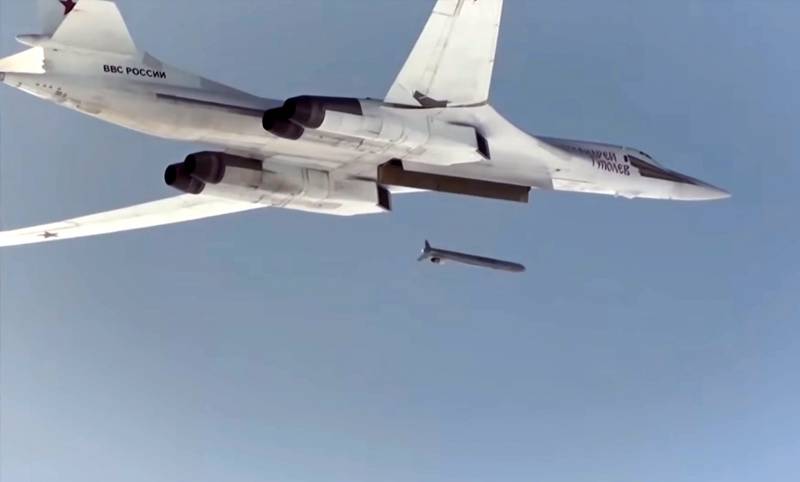 In recent days, clear military preparations have been observed on Russia's southern and northwestern borders. Ministry of Defense of the Russian Federation threw their AWACS planes to Crimea and near Murmansk, which may indicate preparations for large-scale exercises in the south- and north-western direction. What exactly is Moscow forced to react to?


It is easy to see that these movements coincided with the coming to power of President Joe Biden. The US Democratic Party is returning to its usual practice of inciting border conflicts among its competitors. In this case, we will focus on our country.

Aircraft AWACS A-50 thrown over to the airbase in Crimea. It can be assumed that this air reconnaissance aircraft will be involved in extraordinary Russian military exercises, which should be expected as a response to the activation of the Armed Forces of Ukraine in Donbas. Recall that the Maidan in Ukraine in 2014 was the work of the American Democratic Party, obviously not without the participation of Joe Biden himself, who was then vice-president of Barack Obama. Now, with his arrival at the White House, there is reason to expect an escalation of the conflict between Kiev and the two unrecognized republics of Donbass. It is quite possible that Turkey, inspired by the success in Nagorno-Karabakh, will also play an important role in preparing and organizing an offensive against the DPR and LPR. At one time, President Putin threatened Ukraine that an attempt to resolve the issue by force could cost it statehood. Loud words, but they must be confirmed by demonstrating a readiness to quickly come to the Donbass militia to help. Large-scale military exercises in Crimea and southern Russia should be proof of seriousness of intentions. The transfer of an air reconnaissance aircraft to Belbek may well indicate the preparation of Russian maneuvers on the Ukrainian border area.

Much more interesting is the information about the relocation of our second AWACS A-50U aircraft to the Kola Peninsula. Following them, in theory, the Russian strategic bombers Tu-160 or, rather, Tu-95MS should arrive, which should reinforce the long-range supersonic bombers Tu-22M3 already at the Olenya airbase. There is no doubt that this is a response to the deployment of four B-1B Lancer strategic bombers in neighboring Norway. Earlier, two hundred US Air Force personnel were transferred to the Norwegian base Erland, where the F-35A Lightning II fighters of the Royal Air Force are already based.

It is hardly an exaggeration to say that American "strategists" are sent to Norway in order to threaten the Russian Northern Sea Route from the western direction. Recall that from the east, the Pentagon is actively building up its strike force in Alaska. Keilson AFB spokesman Kaley Dubois said:

We continue to build up our roster. By the end of 2021, we will have all 54 fighters at the base.
We are talking about the fifth generation F-35A Lightning II fighters. In addition, there are 40 fifth-generation F-22 Raptor fighters at the Second Elmendorf-Richardson Air Force Base. At the end of 2020, American military aviation conducted large-scale exercises in Alaska with the participation of KC-135 Stratotankers tanker aircraft. Without its own icebreaker fleet, the United States cannot effectively use its navy to constantly monitor the Northern Sea Route. However, they can control it and, if necessary, "plug" it on both sides with the help of their air forces. It is clear that this is an extreme argument in the dispute over the status of this promising waterway from Europe to Asia, but now Washington has it. In 2018, Admiral Paul Zukunft, commander of the United States Coast Guard, categorically stated:

The US approach is that the Northern Sea Route should be open as an international water corridor for, if you will, transit passage - as we see this section clearing of ice.
At the same time, the naval commander directly stressed in the published "Arctic Doctrine" that the Americans must have a more flexible, stable and deadly grouping in the region in order to secure a competitive advantage. Meanwhile, the United States is already building its own icebreakers, and Washington will undoubtedly return to this issue. A little bit later.
Reporterin Yandex News
Reporterin Yandex Zen
8 comments
Information
Dear reader, to leave comments on the publication, you must sign in.