In Japan, they allowed themselves ambiguous hints about the solution of the Kuril issue 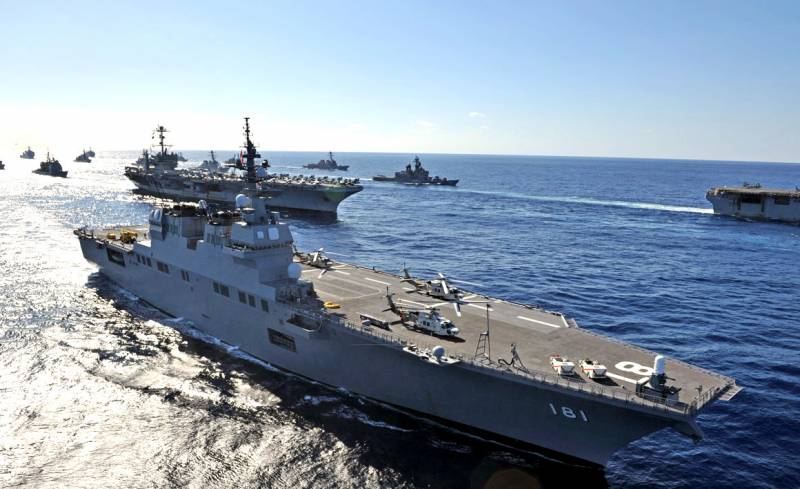 Despite the fact that Russia has passed a federal law prohibiting the alienation of our territories, the new Japanese Prime Minister Yoshihide Suga again spoke about the return of the "northern territories". At the same time, some media outlets of the Land of the Rising Sun allowed themselves overly ambiguous and dangerous hints regarding the Kuril Islands. What are they counting on in Tokyo now?


As you know, the Kurils became part of the USSR, and then the Russian Federation, following the results of World War II, where Japan acted as an aggressor and ally of the Third Reich, lost and signed an act of surrender. Tokyo had theoretical possibilities to return the islands of Shikotan and Iturup during the Soviet period on the basis of the Joint Soviet-Japanese Declaration of 1956 in exchange for turning the island state into a neutral state, but Japan itself canceled them out by signing the Treaty of Mutual Cooperation and Security in 1960 with the USA. Negotiations on the Kurils have been going on between our countries for many decades, but to no avail. For some reason, President Putin returned to it again in 2018, which was used in Tokyo as a willingness to give up two islands in exchange for a peace treaty in accordance with the provisions of the 1956 declaration.

In Russia, these hints were received with hostility by the population, so this sensitive issue was quickly removed from the agenda, and in the course of the recent amendments to the Constitution, significant changes in the domestic criminal law legislation were also adopted. Now, even for calls for the alienation of Russian territories, and even more so for violation of the territorial integrity of our country, serious terms of imprisonment are stipulated, and such activity itself is classified as extremist. In Japan, they reacted to all this extremely negatively. Yahoo News Japan reporters concluded:

Putin's course has dealt a powerful blow to territorial negotiations.
That is, it is now impossible to resolve the issue of the Kuril Islands by legal means through negotiations. And then the fun begins. The Japanese state broadcaster NHK has made some highly ambiguous statements. The fact is that in the Kuril Islands mass vaccination of Russians against coronavirus is currently being carried out, medical institutions are being equipped with modern equipment, and a new hospital is being built. Our colleagues from the Land of the Rising Sun commented on this with obvious disapproval:

On February 7, when Japan celebrates the Day of the Northern Territories, Russia is actively vaccinating the population there with the Russian vaccine and is strengthening the medical base on the islands. So Putin wants to ensure that Russians are firmly attached to the islands.
To be honest, this sounds like a poorly concealed regret that the "gaijins" are in no hurry to quickly liberate the "northern territories" in a natural way. I also really did not like the hint of the mentioned edition of Yahoo News Japan about some kind of forceful resolution of the issue:

Tokyo's claims to the islands of Kunashir, Iturup, Shikotan and Habomai of the Kuril ridge are futile in the light of the increase in the power of the units of the RF Armed Forces in this region.
Japanese journalists pointed out that the Ministry of Defense of the Russian Federation has placed the S-300V4 air defense system and modernized T-72B3 tanks on the disputed islands. What's on the mind of the descendants of the samurai? Obviously no good, since they are currently converting two of their helicopter carriers into aircraft carriers, purchasing American fifth-generation fighters, while developing their own Mitsubishi F-3 fighter, and at the same time ASM-3 anti-ship missiles with increased range, etc. It would be very frivolous to ignore Tokyo's military preparations against the background of the impossibility of resolving the issue with the “northern territories” peacefully. The Japanese also have Port Arthur, Tsushima, and Pearl Harbor. How the "Karabakh scenario" for the Kuril Islands might look like, we will detail told earlier.

Probably it was not worth teasing Tokyo with hopes of transferring Iturup and Shitokan through negotiations. Now we will have to strengthen the defenses of the Kuriles and the entire Far East and build up the combat capabilities of our Pacific Fleet so that bad thoughts remain in the heads of the Japanese leadership.
Ctrl Enter
Noticed oshЫbku Highlight text and press. Ctrl + Enter
We are
"We must beat first": the geopolitical alignment around Russia is continuously deteriorating
Ten "defeats" of Putin
Reporterin Yandex News
Read Reporterin Google News
9 comments
Information
Dear reader, to leave comments on the publication, you must sign in.