Elimination of the Montreux Convention: What Russia Wins and Losses 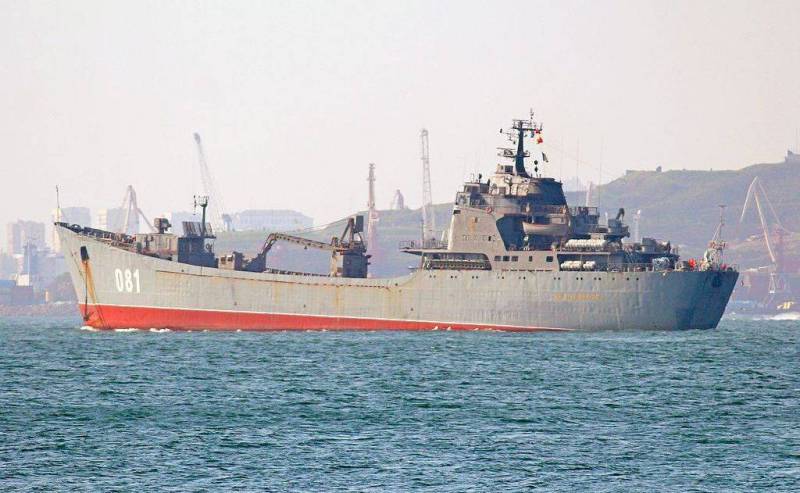 The mode of entry and stay of US warships in the Black Sea is determined by the Montreux Convention, which imposes a lot of inconvenient restrictions on the Pentagon. But what if this international legal document will soon sink into oblivion? What inconveniences or, on the contrary, benefits can our country derive from this?


Turkey actually controls its Bosporus and Dardanelles straits, but its sovereignty over them is limited by the Convention signed in 1936. According to it, civil courts have the right of free passage both in peacetime and in wartime. The regime of the use of the straits by military vessels is seriously different for the Black Sea and non-Black Sea states. It is believed that the main threat to southern Russia is the US Navy ships, which regularly visit the Black Sea for 21 days on a rotational basis. The visits of the destroyers Donald Cook and Porter from the Mediterranean Sea and the response to this from the Russian Aerospace Forces are constantly causing a stir in the Russian media and social networks. But what if American aircraft carriers and attack submarines get the right to enter the Black Sea?

The question is not so idle. President Erdogan announced his "construction of the century" - the bypass water canal "Istanbul", which should unload the Bosphorus. Ankara plans to drastically reduce or even completely stop shipping along this strait from the Marmara to the Black Sea. And that can change a lot. Russian Ambassador to Turkey Alexei Yerkhov commented on these prospects as follows:

There is a Montreux convention. This is an international document of 1936 ... The presence or absence of an additional waterway does not change the international legal regime established by the convention.
Alas, this is not entirely true. Of course, the mere appearance of a bypass channel does not invalidate the Convention. However, the actual commissioning of “Istanbul” will give Ankara a reason to raise the issue of revising the provisions of this international legal document as inconsistent with modern realities. And there's nothing you can do about it, you can't hide your head in the sand. The only question is in what direction the changes will take place and how beneficial or unprofitable it will be for our country.

Let's figure it out. The first thing that comes to mind is that the US Navy will have free access to the Black Sea and then we will all get a "kirdyk". But if you think about it, then everything is not so simple. It should be borne in mind that Turkey today is conducting an active neo-Ottoman policies throughout the macroregion. And this is very much disliked not only by Russia, but also by many Turkish NATO allies. Ankara is building its "logistic superpower", gradually gathering around itself a coalition of Turkic-speaking countries in Central Asia. There is a promising supranational integration project, the imperial ambitions of the "Sultan" Erdogan. At the same time, Turkey clearly will not leave the North Atlantic Alliance, which serves as a deterrent for Russia. Ankara is playing with both the West and the East at the same time.

It is obvious that the Turks will revise the Montreux Convention only in their favor. But why then would President Erdogan freely launch ships and submarines of the US, British or French navies into the Black Sea? First, Moscow will clearly refuse to sign a document containing such provisions. Secondly, Ankara will hardly welcome NATO's excessive military presence in its "fiefdom". Then why review it at all?

It can be assumed that Turkey will achieve only an exception from the restrictions on passage through its straits for aircraft carriers without a nuclear power plant, so that the American ones do not fall under them. Recall that earlier we toldthat Ankara has already built its own light aircraft carrier "Anadolu" according to the Spanish project, which is formally classified as a universal landing ship, and plans to build a full-fledged one. The Middle East Eye reported that President Erdogan even wanted to buy a Queen Elizabeth-class aircraft carrier from the UK, but London refused. In return, the British offered to sell the project and provide technical assistance in construction.

It is possible that in the foreseeable future we will see in the Turkish navy something very reminiscent of a British aircraft carrier. Despite the popular opinion that such a ship is just a "big target", an aircraft carrier as part of the AUG can be quite effectively involved in conflicts around disputed islands in the Eastern Mediterranean and on the African coast. In addition, your aircraft carrier is beautiful and very solid as a visual symbol of a resurgent empire. Most likely, we will see him on the Black Sea. No, the Turkish fleet will hardly fight against the Russian, but the very fact of the presence of the Turkish AUG near the Ukrainian coast will be an additional trump card in Ankara's support for Kiev and a means of political pressure on the Kremlin on the issue of Crimea and Donbass.

In other words, if Turkey will revise the Montreux Convention, it will be in its own favor, in order to pull the blanket over itself as much as possible. For Russia, this is not very pleasant, but not fatal. If you wish, you can even see some positive, because with the commissioning of the Istanbul canal, logistics will obviously become simpler, and export by sea from our Black Sea ports will accelerate.
Ctrl Enter
Noticed oshЫbku Highlight text and press. Ctrl + Enter
We are
"We must beat first": the geopolitical alignment around Russia is continuously deteriorating
Ten "defeats" of Putin
Reporterin Yandex News
Read Reporterin Google News
68 comments
Information
Dear reader, to leave comments on the publication, you must sign in.