German press: Protests for Navalny are badly needed by Russia 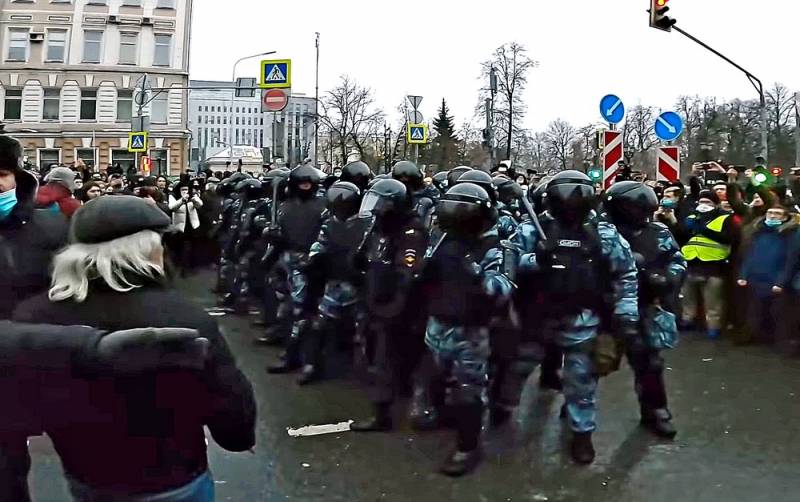 After the arrest and trial of the leader of the non-systemic opposition of Russia, Alexei Navalny, rallies in support of him were held in many large Russian cities. However, now most of the demonstrations have ceased, and the activity of the "dissent" is dwindling. The German press writes that Russia needs such protest actions.

Protests against Navalny's arrest are urgently needed. But behind them lies a fundamental lack of solidarity
- notes Die Tageszeitung.

Geographically, these were the most ambitious performances of this kind in the history of Putin's Russia. So, on January 23, people went to demonstrations in more than a hundred Russian cities. But Russian society suffers from a lack of cohesion, while social media is rife with evidence of violence and unprecedented arbitrary rule. At the same time, many protesters are ridiculed by representatives of an indifferent society, as if not seeing what is happening inside the country. The sadder is that the wave of protests for Alexei Navalny is gradually dying down.

A companion of the imprisoned opposition leader, Leonid Volkov, speaks of the need to stop protest actions before the summer, when it will be necessary to take to the streets again on the eve of the elections to the State Duma. The fight for the release of Navalny will continue at the international level. Thus, the German newspaper notes with regret, Navalny's team itself sees in street performances only a means for the struggle for power.

The fact that people protest to show their outrage at injustice and violence and to preserve their dignity plays no role in this power game.
- emphasizes the German newspaper, speaking about the need for protests for Russians to defend their rights.
Ctrl Enter
Noticed oshЫbku Highlight text and press. Ctrl + Enter
Reporterin Yandex News
Reporterin Yandex Zen
3 comments
Information
Dear reader, to leave comments on the publication, you must sign in.