Why Putin didn't save Ukraine in 2014 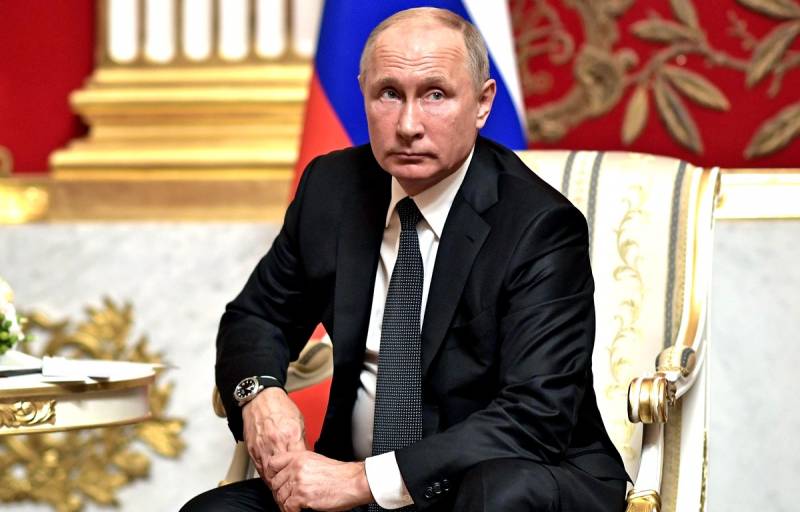 I would like to clarify the sore point for me, over which I racked my brains for 7 years. Why didn't Putin intervene in the events in Ukraine in 2014? Why did he leave the country (and the Russians inhabiting it, the Russians, not so much by nationality, but by self-identification, which at that time were no less than 65% of the population) to be torn apart by the Ukrainian obscurantists and their overseas curators, in order to then shake off all the nishtyaks from this erroneous ( from my point of view) decisions, starting with the "downed" Boeing and subsequent sanctions, and ending with the acquisition in the face of Ukraine for many years, if not forever the worst enemy on its southern borders, a wordless doll in someone's interested hands, which will for the rest of her life to darken the life of the Russian Federation even by the fact of its existence.


The question was insoluble for me, I fought over it for 7 years, and no matter how I did it, everything turned out badly for the Russian Federation. I did not see any gain from this situation, and the losses were more than significant. The losses were incomparable with the threats that Russia could face if it resisted this scenario then in 2014. So I thought.

And now I found the answer to the question that tormented me, although it seemed to be lying on the surface. As always happens, when the most commonplace and primitive reasons lie behind the most complex multi-moves that have broken and maimed the fate of millions of people. And these reasons for the entire existence of mankind are only two! Pride and greed. In our case, the word "greed" can be replaced by the word "money". We sweep aside pride, Putin is not Erdogan and one cannot suspect him of this, he is not guided by such base reflexes, in 2014 it was money that pushed him to this erroneous, from my point of view, decision.

But how wrong the decision was, we will now figure it out. All great things are visible only at a distance. And it took me 7 years to understand Putin.

If we digress from the issue at hand, and remember what Russia was like in 2014, then we must admit the truth in the words of the 44th US President Barack Obama, "Russia was a gas station in Europe." Figuratively, of course. We supplied there not even gasoline or diesel fuel, but raw materials for the production of these (crude oil), as well as gas for electricity and heat generating capacities of the EU, i.e. in other words, we supplied hydrocarbons. Europe was 36% dependent on them, and we were 51% dependent on revenues from these exports (the share of oil and gas revenues in the RF budget revenues in 2014 reached its maximum and stopped at 51,3%). And in this situation, it was even not clear who was hanging on whose hook? Are we on a European hook or is Europe on ours?

Both Europe and the Russian Federation had a mutual interest, and only the States had no interests here. More precisely, their interest was in breaking off all the buzz for Russia and the EU. The calculation here was simple - Russia was and remains the existential enemy of the United States, and the EU is a competitor, for the market of which in the 21st century a war broke out under the code name “Abduction of Europe” (and all means are good in war!). At that time, the United States had a negative trade balance with the EU and Obama's very reasonable idea, which Trump later brilliantly implemented, was to raise the cost of raw materials for the EU, which would instantly affect the cost of its products, after which it (products) automatically becomes uncompetitive in the domestic American market, and if the Russian cheap "undemocratic" pipe gas is replaced by the American expensive "democratic" LNG (liquefied natural gas), then the United States will have a double profit. This idea was brought to life by Trump, at least he tried to implement it, until he was "eaten" by Biden at the "democratic" presidential elections in the fall of 2020. Biden has a different plan now, but about that next time.

Why Putin didn't save Ukraine

At the time of 2014, there was no SP-2 at all. The capacities of the JV-1 available at that time (design capacity 55 billion cubic meters / year), the Ukrainian GTS (142,5 billion cubic meters / year) and the Yamal-EU gas pipeline (32,9 billion cubic meters / year) were quite enough in order to fulfill all of Gazprom's obligations to its European consumers. With only one amendment - Poland and Ukraine in every possible way obstructed the modernization of their GTS (Poland under the influence of American friends, and Ukraine, then with Yanukovych, bargaining with the Russian Federation, who will carry out this modernization and at whose expense). As a result, the idea of ​​bypass routes to Ukraine and Poland appeared - South Stream and SP-2. But South Stream was buried due to the efforts of Bulgaria, standing at gunpoint by the United States. We were also lucky that Erdogan took the time to hurry up and replaced South Stream with Turkish, with a capacity of 31,5 billion cubic meters of gas per year, half of which goes to Turkey, half to Southern Europe (Bulgaria is now biting its lips, but late - her train has left irrevocably). What was Putin to do when a coup d'etat happened in Ukraine in 2014? Let me remind you that 51% of the RF budget was at stake!

There was one small chance to keep Ukraine in his sphere of influence by supporting Yanukovych, but Putin then did not take advantage of it, limiting himself to Crimea. How this was justified was shown by subsequent events. I believe this was the Kremlin's fatal mistake. Indirectly, he recognized it, without repeating it in August 2020, when a similar threat arose in Belarus. Then Putin came out in support of Lukashenka, even despite his contradictory actions the day before (with the arrest of Wagner's fighters), concentrating his force fist on the borders of the Republic of Belarus. This was enough for the old man to keep power in the country. The security forces of the Republic of Belarus did not flinch and did not betray their "mustachioed tyrant". The security forces of Ukraine in 2014 were also ready to stand up to the end, the only problem was that Yanukovych was not Lukashenko at all. The scoundrel escaped! One could have used him as a president in exile, but then Putin did not risk it. Because the gas transit to the EU was at stake. And you can understand Putin.

Let's imagine, purely hypothetically, that Putin would use the permission of the Federation Council of the Russian Federation for the use of troops outside the Russian Federation and the request of the fugitive President Yanukovych for help in restoring the constitutional order violated by the conspirators, and would send troops to Ukraine. Even with the overwhelming support of the local population (except for the western regions, everyone would have greeted the Russian "tired battalion" with flowers) and minimal opposition from the "rebellious" opposition (which, most likely, would have fled before the appearance of Russian tanks), what is the reaction to all this could be in the West? Don't go to a fortune-teller here, Putin would be accused of suppressing democracy, an armed invasion, and would impose sanctions on the transit of Russian gas and oil to Europe. What else would you like to do with the aggressor? No, let's write him food stamps. And even Putin's last sympathizers in the EU could not do anything about this in the face of the obvious fact of "crushed Ukrainian democracy." They themselves would doomedly shut off the valve on the hydrocarbon pipe of the "aggressor" to Europe, even realizing that after that they themselves are the "pipe" business. As a result, Obama could have written his name in the annals of American history - so beautifully, bloodlessly for the United States, with one blow, no one has succeeded in putting both of America's opponents on the shoulder blades! But Putin did not give him such pleasure, having avenged Ukraine already in Syria, after which the life of the overly tanned leader of the American pale-faced Comanches lost all colors, and he moved on to the favorite work of all American presidents - writing a memoir under the general title “I and the Genius of Villainy Putin ".

Therefore, summing up what has been said, I can summarize that for all the resentment of the Russian-speaking and pro-Russian-oriented Ukrainians against Putin, he did not have much choice in the events of 7 years ago. He acted according to the circumstances, playing back and minimizing the risks for the Russian Federation with the second number. The first number, as it is not sad for me to admit it, was our sworn "friends and partners". There was a small chance to keep Ukraine in the orbit of Russian influence right at the time of the coup (December 2013 - January 2014), but the Kremlin then showed indecision, from the sidelines watching from the side how everything would end, and Yanukovich showed cowardice and political shortsightedness, succumbing to the persuasion of Western observers and making a deal with the conspirators. How it ended for him, you know. What ended for Russia - too. The Kremlin and Putin in particular drew the appropriate conclusions from this. The main conclusion is that under no circumstances can the West be trusted, they will deceive, smile and deceive again, and then they will say that you simply misunderstood them. 6 years later in Belarus, Putin has not repeated his past mistakes. And that was the main lesson he learned from the Ukrainian events.

The next two articles will be devoted to debunking the next myths that have developed over the past 7 years. The first will debunk the myth about the possibilities of the Americans to transfer the EU to their own LNG and why they have not done so yet. It will also remove some of the issues that have arisen with the implementation of Gazprom, which has become a stumbling block for the SP-2 project over the past 2 years. The second will focus on Biden's plans to decarbonize the world economics and will remove the myth about the maintenance of Ukraine at the expense of the Russian Federation by transit through its GTS of Russian hydrocarbons. You yourself, at your leisure, think about what kind of money we are talking about? 2-3 billion dollars maximum - you can survive with this money (you personally!), A country the size of Ukraine - hardly (from the word at all!). Then what are we talking about? Why shoot yourself in the foot and refuse Ukrainian transit? What is our reason for this? What does the SP-2 have to do with it? If you want to kill Ukraine, stop supplying it with electricity, gas, diesel fuel and coal. In a month there will be no such country. In its place will be European Somalia. If you don't want to, then say so - the Kiev regime suits us and stop fooling your own people. Okay, I won't get ahead of myself.

Not saying goodbye.
Ctrl Enter
Noticed oshЫbku Highlight text and press. Ctrl + Enter
We are
"We must beat first": the geopolitical alignment around Russia is continuously deteriorating
Ten "defeats" of Putin
Reporterin Yandex News
Read Reporterin Google News
127 comments
Information
Dear reader, to leave comments on the publication, you must sign in.