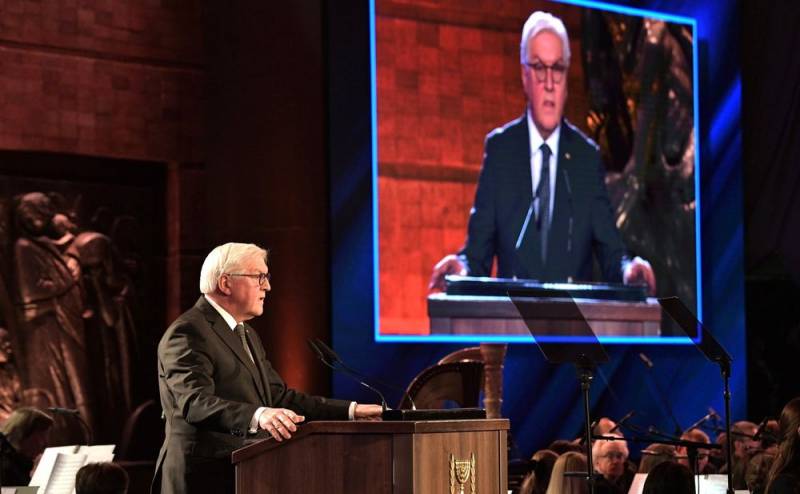 Federal President of Germany Frank-Walter Steinmeier in an interview with the German business newspaper Handelsblatt urged politicians not to destroy the "last bridge" in relations between Moscow and Berlin.


According to the German statesman, economy, or rather the energy sector, is the very “last bridge” that connects the FRG and the Russian Federation. He noted that Germany and Russia should think carefully about everything before making hasty decisions. Breaking up a relationship has never been a sign of strength or anything positive.

In recent years, relations have deteriorated steadily, and the energy sector has become practically the last bridge between Russia and Europe. Both parties should consider whether it is worth ending the relationship completely and irrevocably. I'm sure destroying bridges is not a sign of strength
- emphasized Steinmeier.

The President added that having destroyed the "last bridge", Germany, and the whole of Europe as a whole, will generally lose the ability to influence Russia in any way. Even if the condemnation of the opposition Russian anti-corruption blogger Alexei Navalny is unacceptable for Europeans, it would be a bad decision to stop communicating with the Russian authorities because of this.

Let us note that Austrian Chancellor Sebastian Kurz spoke before this, who bluntly stated that the completion of the Nord Stream 2 gas pipeline is simply inappropriate to link with any person at all. Breaking democracy in Russia is one thing, but Russian gas flowing into Austrian underground storage facilities is another.

German Chancellor Angela Merkel takes a similar position. She believes that Moscow should be criticized, but the implementation of the Nord Stream 2 gas transmission project is extremely important. The gas pipeline can help to make the EU's painless transition to a new technological structure, ending the era of coal, oil and nuclear power plants, and in the long term transferring the economy to renewable energy sources and hydrogen fuel.
Ctrl Enter
Noticed oshЫbku Highlight text and press. Ctrl + Enter
We are
US will impose new sanctions when Gazprom attempts to complete the Nord Stream-2
US State Department: Venezuelan Civil War Scenario Ready
Reporterin Yandex News
Read Reporterin Google News
4 comments
Information
Dear reader, to leave comments on the publication, you must sign in.