Russia started a diplomatic war with the West 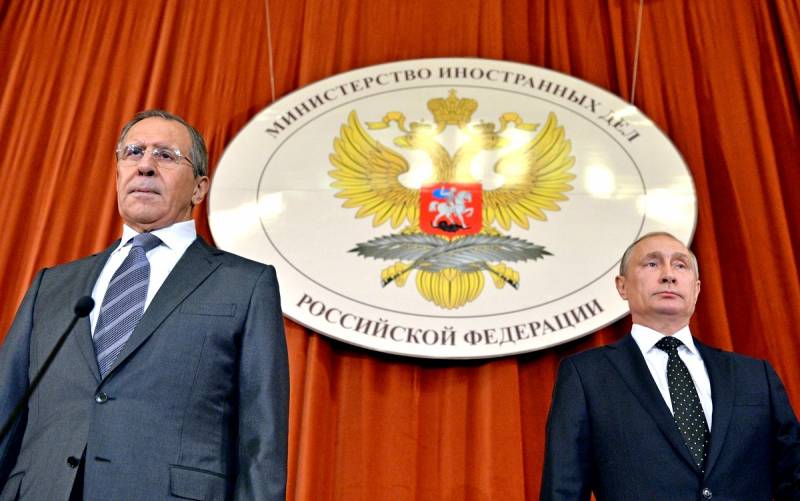 The "revenge" of globalists, which took place recently in the United States, does not bode well for our country. All familiar faces are on the screens: "cutie" Jen Psaki, who confuses the Summer and Winter Olympics, as well as Iran and Iraq, Victoria Nuland, who fed the activists of the Ukrainian Maidan with "cookies", can now become the Deputy Secretary of State for Foreign Affairs. Behind them looms the dark shadow of the American Democratic Party, which has got its hands on "color revolutions" around the world, which immediately began to speak with Russia in the language of ultimatums.


It can already be stated that a real diplomatic war has begun between the Kremlin and the collective West. Moscow decided to declare three diplomats representing Sweden, Germany and Poland persona non grata at once and expel them from the country. The reason was their participation in unauthorized protests against the detention of opposition leader Alexei Navalny. We emphasize unauthorized. In the West, they were terribly offended, claiming in response that their diplomatic staff "only" watched the demonstrations on 23 January in accordance with the Convention of 18 April 1961. In particular, in Berlin they explained:

The German diplomat merely acted in accordance with the Vienna Convention on Diplomatic Relations, fulfilling the task stipulated in it of obtaining information on developments on the spot.
However, our foreign ministry has a different opinion on this matter. According to the Ministry of Foreign Affairs, foreign diplomatic workers not only observed, but directly took part in unauthorized rallies, that is, they violated Russian law. Moreover, this took place after Moscow had directly warned foreign partners about the inadmissibility of interference in our internal affairs.

The "apple of discord" was the figure of the famous blogger and opposition leader Alexei Navalny. And here again it is necessary to separate the flies and cutlets. On the one hand, his activities as a "whistleblower" should be of heightened interest not only to the public, agitated by the investigations, but, in theory, to law enforcement agencies. The facts given by him must be carefully and comprehensively checked, and appropriate procedural decisions must be made on them. If this is slander against innocent people, then Navalny himself should be responsible for it, right? On the other hand, Alexey positions himself as a contender for the presidency of the Russian Federation. Quite a strong claim for a person with two unsightly criminal convictions.

In the conditions of the diplomatic war that began due to the detention of Navalny, it is necessary to take into account who was in which trench. Foreign diplomats from two dozen states, including the USA, Switzerland, Austria, Germany, Great Britain, Latvia, Canada, Poland, Norway, Czech Republic, Bulgaria, and others, attended the meeting on the Yves Rocher case in support of the oppositionist. In general, they are great “friends of Russia”. The guests were comfortably accommodated on a special balcony in the courtroom, from where they provided moral and psychological support to Alexei. As a result, the US State Department said:

We call on the immediate and unconditional release of Mr. Navalny, as well as hundreds of other Russian citizens illegally detained in recent weeks for exercising their rights, including the right to freedom of expression and peaceful assembly.
Truth? You'd better tell the supporters of ex-President Donald Trump about constitutional rights and freedoms. But nothing ended there. Representatives of France and Great Britain also came to the consideration of the case of Navalny's libel against the veteran of the Great Patriotic War. It should be noted that in this case there was no talk of any infringement of "rights and freedoms", but foreign diplomats still wanted to get acquainted with all the materials. By the way, on the same day in this very court there was a trial on the administrative case of a citizen of the Fifth Republic, but for some reason the French embassy did not show interest in him. It would be very appropriate to quote the representative of the Russian Foreign Ministry Maria Zakharova:

Traditionally, diplomats in foreign courts support their citizens. Even if Westerners regard Navalny as “their own,” he is a citizen of the Russian Federation.
As a matter of fact, for whom the oppositionist Alexei Navalny is “his own” and is the key political life of Russia. "Exposing" corrupt officials who are impudent with impunity is a right and necessary thing, but Boris Yeltsin also started his career from "fighting privileges", remember? And what did he do after himself, barely reaching the desired power? In Ukraine's neighbors, everyone recently went together and voted for the "servant of the people" Goloborodko, and he turned out to be an ordinary protege of the oligarchs Vova Zelensky, who "turned on" opposition TV channels telling the inconvenient truth.

The beautifully designed "corruption revelations" from FBK do not mean that Aleksey himself is the right person that we need in the presidential chair. Whose interests will the "investigator" Navalny really defend, for whom foreign diplomats are directly "harnessed" if he ends up in the Kremlin? What will he do with Crimea, Donbass? Will Russian money work for Russia itself, or will its outflow abroad only intensify? Will the protégé of the "globalists" need real import substitution, or, on the contrary, will ultra-liberals with a clever look send the remnants of the existing industry even faster for scrap? Hypersonic rockets, manned astronautics - why do they need all these unnecessary expenses?

In general, think for yourself. Think well.
Ctrl Enter
Noticed oshЫbku Highlight text and press. Ctrl + Enter
We are
Navalny is another failed Charite victim
Ten "defeats" of Putin
Reporterin Yandex News
Read Reporterin Google News
49 comments
Information
Dear reader, to leave comments on the publication, you must sign in.