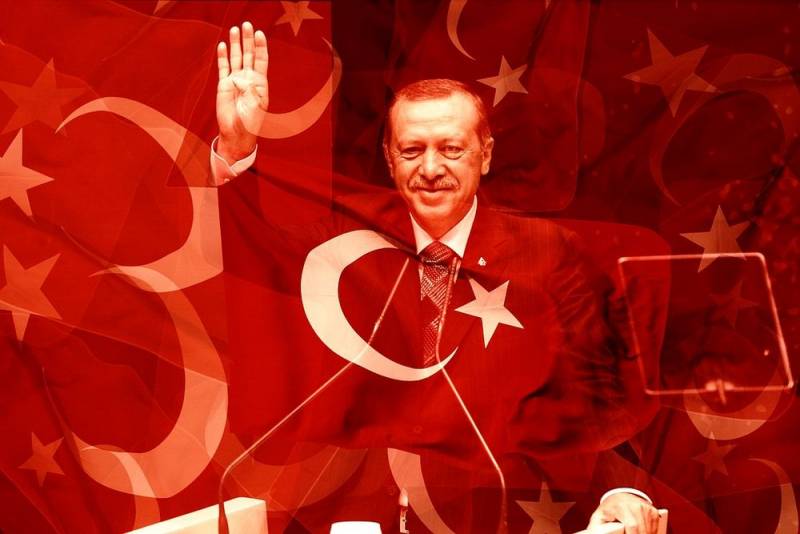 All foreign policy steps of the current Turkish President Recep Tayyip Erdogan are aimed at returning Turkey to its former greatness. At the same time, his pan-Turkism is a growing threat to regional stability and security, reports the Turkish Internet publication AhvalNews, referring to the publication of the Arab journalist Alaeddin Saleh on the Modern Diplomacy portal (Belgium) on February 6, 2021.


According to the expert, Ankara seeks to use the existing alliance with Baku to strengthen its position in the region and try to create a semblance of the Ottoman Empire. The Turkish leader wants, using a neo-Ottoman strategy, to unite the countries of Central (Central) Asia into a single logistic space with a common armed force led by Ankara.

Kurds in Syria and Armenians in Nagorno-Karabakh have already fully felt the impact of Turkic nationalism
- wrote the analyst.

Saleh explains this by changes in the international policy in recent years.

The disintegration processes in Europe and the diminishing role of world powers, which previously did not allow Ottoman ambitions to go beyond national borders, gave Turkey the green light for geopolitical revenge.
- he is sure.

Saleh noted that Ankara has chosen extremely dubious methods to achieve its goals. For example, Turkey encourages political Islam and separatism in countries with Turkic minorities, including Russia and China. For the past 100 years, Pan-Turkism has been part of the ideology in Turkey. But Erdogan became the first head of state to vigorously try to implement this doctrine, and in the most radical way.

Ethnic cleansing, murder, kidnapping of Kurdish businessmen and landowners with the aim of the subsequent redistribution of their property among the groups supported by Turkey have become common in the territories of occupied Syria
- he added.

Now Erdogan's efforts are directed towards the Transcaucasus. He desperately needs a corridor through Nakhichevan to the Caspian Sea - a direct access to the countries of Central (Central) Asia. Erdogan's ambitions will not end there and the expansion will continue, the journalist from Libya summed up.
Reporterin Yandex News
Reporterin Yandex Zen
3 comments
Information
Dear reader, to leave comments on the publication, you must sign in.