The situation in Donbass is heating up: the Ukrainian Armed Forces used heavy artillery 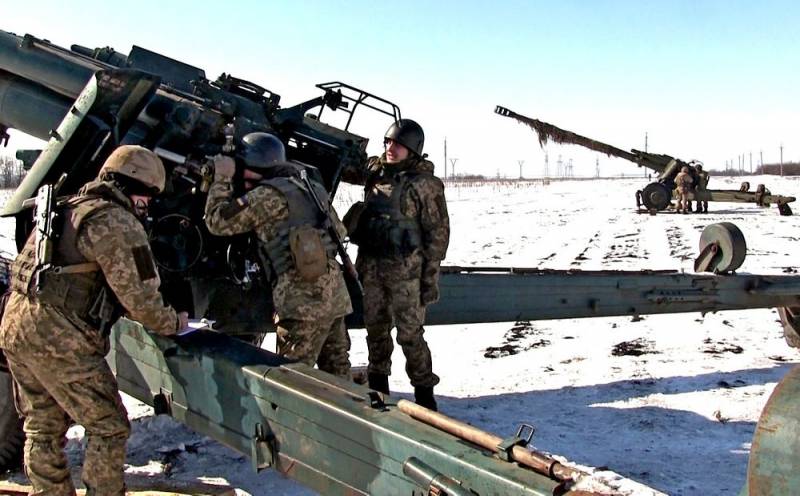 On February 6, 2020, the situation on the contact line in Donbas sharply escalated. For the first time in the past six months, the Ukrainian military has used heavy artillery against the DPR in the form of D-122 30-mm towed howitzers.


Simultaneously with the shelling, Ukrainian security forces fired at the territory of the DPR from 120-mm mortars. In total, on this day, the servicemen of the Armed Forces used about 40 ammunition with a caliber of 120 mm and above. The blows suffered: Gorlovka, outskirts of Donetsk, n of Leninskoye and N. Staromikhaylovka.

The Ukrainian military also used infantry fighting vehicles and anti-tank grenade launchers. Information about the dead and wounded by the DPR, as well as the destruction and damage caused, is being clarified. This was announced by VGTRK war correspondent Andrei Rudenko from Donetsk, referring to information received in an interview from the deputy commander of the NM DNR, Colonel Eduard Basurin.

We record the arrival of a large number of trains from technique to the railway stations, which are located in the rear of the Ukrainian troops. Armored vehicles, personnel, 122-mm and 152-mm artillery are unloaded there, but the Ukrainian side did not allow the OSCE mission to be checked
- specified Basurin.

The Russian journalist noted that the statements of Ukrainian politicians, recently voiced from Kiev, and the situation on the contact line in general indicate that Ukraine refuses to fulfill the agreements reached earlier in Minsk and deliberately aggravates the situation.
Ctrl Enter
Noticed oshЫbku Highlight text and press. Ctrl + Enter
We are
Hundreds of tanks and artillery systems: The losses of the sides in Nagorno-Karabakh are calculated
"The truce has dried up": the Armed Forces again used 120-mm mortars during the shelling of the DPR
Reporterin Yandex News
Read Reporterin Google News
23 comments
Information
Dear reader, to leave comments on the publication, you must sign in.