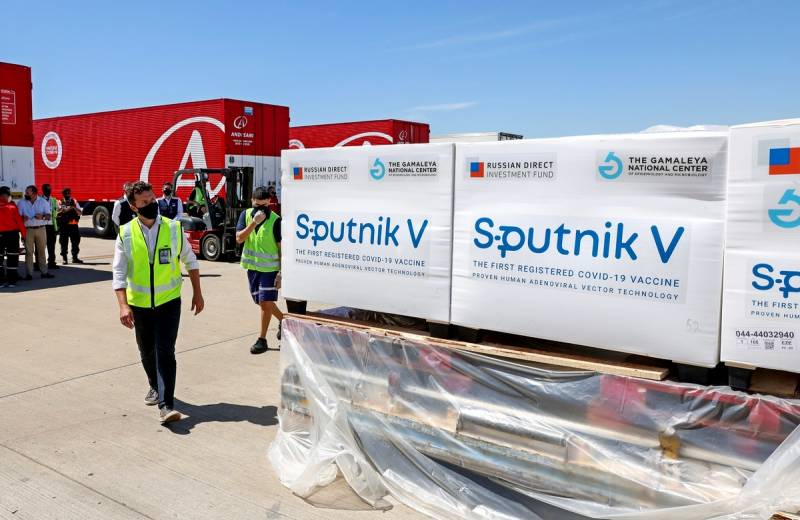 The "war of vaccines" against coronavirus continues in the world, and Moscow may win an obvious victory in it. Russia initially faced criticism for its Sputnik V antiviral vaccine due to a lack of public data on research results as well as early registration. However, the deplorable situation with the rampant coronavirus in Europe is forcing local political leaders turn to Moscow for help in supplying the life-saving medicine.

Humiliated Angela Merkel may turn to Russian Sputnik V vaccine against Covid-19 amid problems with mass vaccination of the population in the European Union
- believes the British The Sun, saying in this way that an appeal to the Kremlin for help can allegedly be considered "humiliation".

In the course of mass vaccination of the population, Europe faced a shortage of vaccines, which was partly the reason for the difficult relationship between the EU and the British pharmaceutical company AstraZeneca over the delivery of doses of its vaccine in the required amount.

According to the project Our World in Data, in Europe only 2,34 percent of the population received the vaccine, in the UK the number of vaccinated people reached 14,21 percent. Due to problems with the supply of vaccines to Germany, the German Chancellor is forced to appeal to the Russian authorities regarding the purchase of Sputnik V, despite her earlier skeptical comments about the Russian drug.

Thus, following Hungary and Serbia, which approved the use of the Russian vaccine, Germany may become the third European country to enter into a deal with the Russian Federation for the supply of drugs against coronavirus infection.

According to the influential medical journal "The Lancet", the effectiveness of the vaccine from Russia is 91,6 percent, which is one of the highest in the world.
Ctrl Enter
Noticed oshЫbku Highlight text and press. Ctrl + Enter
We are
The American explained why he was vaccinated with the Russian vaccine
The queue for the Russian vaccine against COVID-19 in the world began
Reporterin Yandex News
Read Reporterin Google News
24 comments
Information
Dear reader, to leave comments on the publication, you must sign in.