Lavrov's call did not help: Biden made an anti-Russian speech 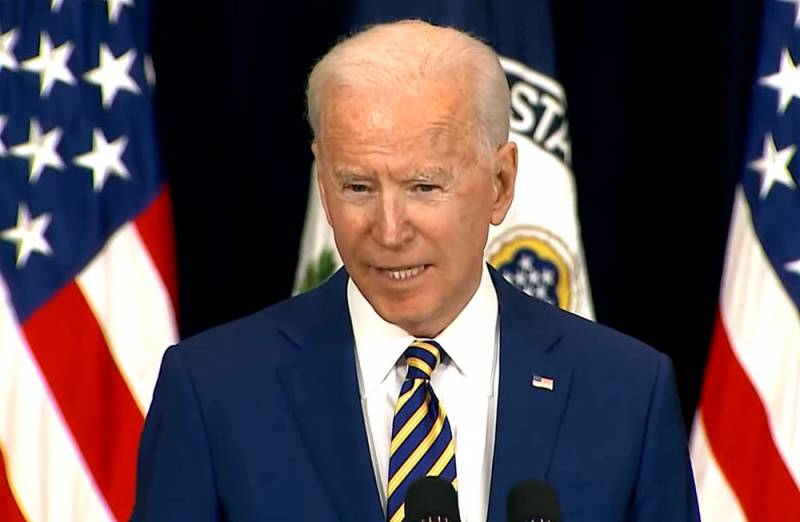 On Thursday, February 4, talks were held by telephone between Russian Foreign Minister Sergei Lavrov and United States Secretary of State Anthony Blinken. The parties discussed a wide range of issues of cooperation between the two countries. But despite Lavrov's call to the United States, the position of official Washington has not changed, and Joseph Biden made a tough anti-Russian speech.


Lavrov and Blinken talked about the importance of maintaining strategic stability, the fight against coronavirus, as well as the situation in Syria. According to the Russian Foreign Ministry, the parties also expressed their approval of the extension of the START III agreement until 2026 and discussed the problems of the US withdrawal from the INF Treaty, as well as the prospects for the Open Skies Treaty.

The US Secretary of State also raised the topic of the real conclusion of Alexei Navalny, in response to which Lavrov explained to him the importance of respecting the legislation and court decisions of the Russian Federation, as well as preventing interference in internal Russian processes.

However, Sergei Lavrov's call did not cool the ardor of the new American leadership. Just after that, Joe Biden made a speech full of anti-Russian rhetoric in which he promised to make Russia “pay” for its actions.

We will not hesitate to make Russia pay and we will defend the vital interests of our people
- emphasized Biden.

The US head also promised to be more active in discussing the "Russian problems" in the context of cooperation with European partners.

Biden did not ignore the events associated with Alexei Navalny, and expectedly called for the release of the Russian oppositionist "immediately and without any conditions" - in his opinion, the persecution of Navalny and his associates is political basis.
Ctrl Enter
Noticed oshЫbku Highlight text and press. Ctrl + Enter
We are
Russia is ready to answer the US withdrawal from the Open Skies Treaty
US Air Force Observers Frequently Fly Over Russian Territory
Reporterin Yandex News
Read Reporterin Google News
5 comments
Information
Dear reader, to leave comments on the publication, you must sign in.