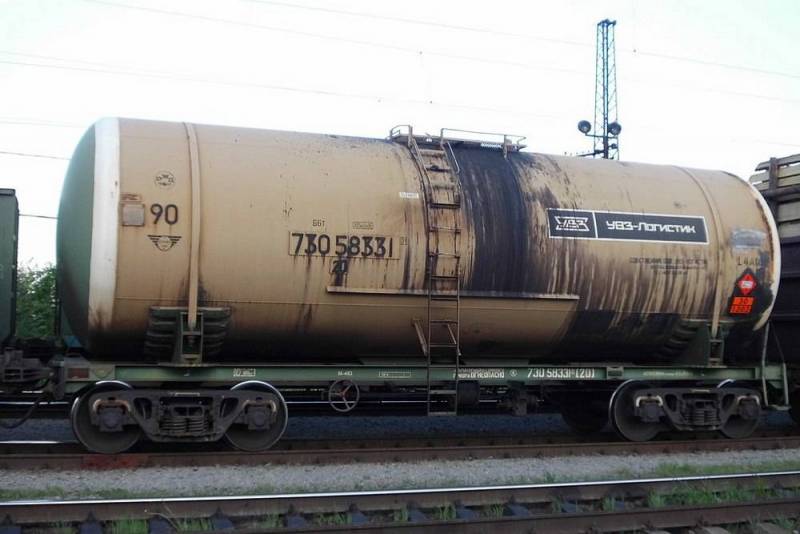 In the past few years, Russia has been actively developing its port infrastructure in order to get rid of dependence on the part of the Baltic states and other unfriendly intermediaries. A concomitant task is to lure Belarus over to its side, which is tied for transport to neighboring Lithuania. After the quarrel between Minsk and Vilnius, the chances of doing this have sharply increased, but what will it cost in terms of money for Moscow itself?


President Lukashenko himself announced his intention to teach the Lithuanian authorities a lesson for their position in the recent political crisis in Belarus:

30% of the Lithuanian budget is formed by our cargo traffic through Lithuania. What else does? Got sick. So let's put it in place.
True, it should be clarified that 30% refer, rather, to the budget of the port of Klaipeda, and not to Lithuania as a whole, but still the figures are decent, for a small republic they are quite tangible. The process of gradual reorientation of the transit of Belarusian oil products from Lithuanian terminals to the Russian port on the Baltic of Ust-Luga has begun. In order for Minsk not to lose money due to the need for delivery over a longer distance, Moscow is ready to generously grant it a 50% discount on transshipment of goods on our railways. What to do, for the loyalty of an ally you have to pay from the federal budget.

Now the example of the Belarusian oil workers may be followed by "Belaruskali". Previously, this was practically impossible due to the lack of port facilities. Mineral and chemical fertilizers are one of the most demanded products. During the Soviet era, a significant part of our exports went through the “western gate” in the form of the Baltic States, where all the necessary infrastructure was created and logistics were streamlined. It is not surprising that it was convenient for Belarus to use neighboring Klaipeda, and even a third of Russian exports of mineral fertilizers went through the Baltic ports in 2019. There were a lot of problems with shipping through domestic ports. The main cargo traffic goes through St. Petersburg, Ust-Luga and Murmansk, small streams - through Novorossiysk and Tuapse, quite a "drop" against the general background - through Vladivostok. At the same time, the profitability of such exports was significantly higher than that of competitors, due to the lack of specialized bulk terminals. I had to use universal ones, simultaneously applying various schemes for overloading mineral fertilizers, even container ones.

And, finally, the crown of this construction is the Ultramar terminal in Ust-Luga, whose capacity will initially be 5 million tons per year, but by the end of 2021 it will grow to 12 million. And in the future it will be possible to expand it to 20 million tons. The complex is connected simultaneously with the railway and the sea part, and is capable of performing all transshipment operations. The storages visually look like giant domes designed for different types of mineral fertilizers. The project cost is estimated at 30 billion rubles, the payback period is 6-7 years.

The first stage of the Ultramar terminal was recently commissioned. This means that Russia will finally receive all the necessary transport infrastructure, which will be enough for itself and allied Belarus. There is only one unclear question, which is who and how will pay for the transshipment services. All of these projects are private, the construction of the same "Ultramar" was carried out with borrowed funds, which must be returned. At the same time, the Governor of the Leningrad Region Alexander Drozdenko made it clear that new projects should not be expected yet:

We solve the issue of shipping fertilizers through a "one window". It is no longer necessary to allocate land plots on the coast, this is enough for the largest producers. The project allows for all export transshipment of fertilizers in Russian ports.
Some experts associate this decision with the fact that the authorities of the region are meeting halfway with the business, which is interested in the earliest repayment of investments. World prices for fertilizers have now dropped, entrepreneurs' incomes have decreased, and interest on loans must be returned. This means that they will definitely not be involved in charity work towards their Belarusian partners. Thus, either Minsk will have to pay, like everyone else, according to market price tags for the services rendered, or it will raise the issue with the Kremlin about compensation for additional overhead costs. And we won't go anywhere, the budget will have to pay extra for the Belarusians.
Ctrl Enter
Noticed oshЫbku Highlight text and press. Ctrl + Enter
We are
Peace enforcement operation. Russia inflicts a preemptive strike on Kiev
Three years left: Ukraine will be sold in parts
Reporterin Yandex News
Read Reporterin Google News
12 comments
Information
Dear reader, to leave comments on the publication, you must sign in.