Defense Express: Russia will try to sell India BMP "Boomerang", which started to smoke after the Parade 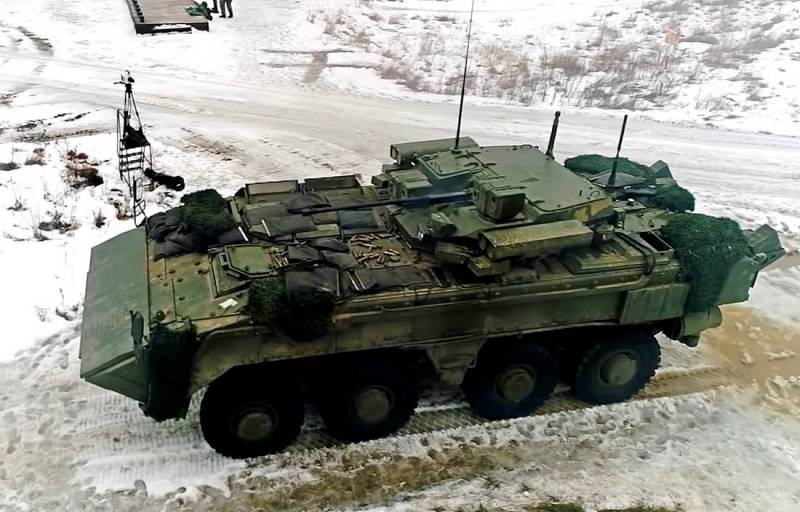 From February 3 to 5, an international air show and exhibition Aero India 2021 will be held near the Indian city of Bangalore. During this event, the Russian state corporation Rostec will present an export version of the Boomerang wheeled infantry fighting vehicle with the aim of concluding an agreement on the sale of BMPs to the Indian military.


According to Alexander Mikheev, General Director of Rosoboronexport, the countries of Africa, the Middle East, Southeast Asia and the CIS have already shown interest in Boomerang, and Russia can earn about a billion dollars on sales of a combat vehicle.

However, according to Defense Express, this technique has not yet passed state tests - they are planned to be held this spring.

Thus, the BMP "Boomerang" has not yet been adopted by the Russian army. And, as the Ukrainian newspaper writes, so far the only episode of the "victory" involving this armored vehicle is a case of smoke and breakage that occurred after the Parade on June 25, 2020 in Moscow. An infantry fighting vehicle walking down the street suddenly began to smoke and stopped moving.

Against this background, another looks very funny. news on the Defense Express pages. "Ukroboronprom" signed a contract with the Malyshev Kharkov Plant for the construction of ... one "Oplot" tank. According to media reports, the combat vehicle should be ready for the parade on August 24, 2021 (Independence Day of Ukraine), then it will be used at international exhibitions. The publication clarifies that the construction of one unit of the "Oplot" will take 7-8 months and will cost from 3,5 to 5 million dollars.
Ctrl Enter
Noticed oshЫbku Highlight text and press. Ctrl + Enter
We are
"Bride" Su-57E: India returns to the issue of buying a Russian fighter
In Geneva, showed the world's first tires for flying cars
Reporterin Yandex News
Read Reporterin Google News
14 comments
Information
Dear reader, to leave comments on the publication, you must sign in.