How the West will avenge Russia for Navalny's verdict 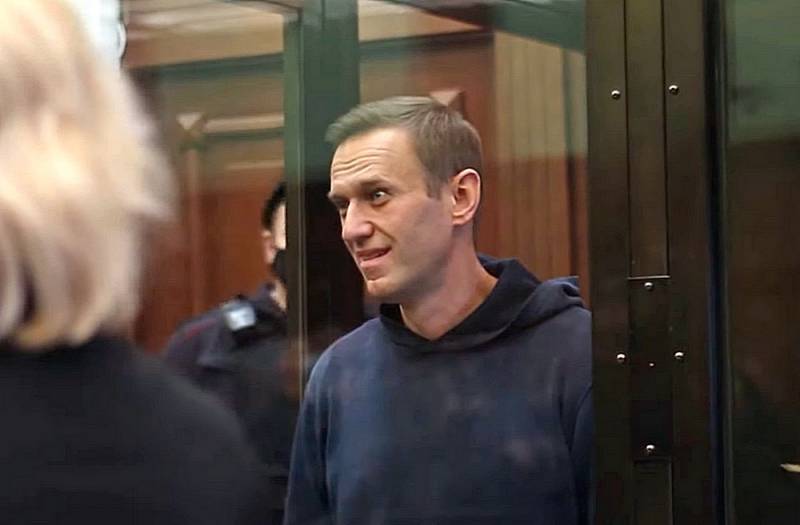 On the eve, a very significant event took place in the Russian political life. Prominent oppositionist Alexei Navalny received a real criminal sentence and will have to serve two years and eight months behind bars. Being a lawyer himself and having many consultants of a wide profile in his team, he could not help but understand that the case would end just like that. So why did Navalny come back from abroad, to almost inevitably sit down?


Speaking about what may follow next, one should try to determine the figure of Alexei himself. She has two hypostases: a blogger-whistleblower who ruthlessly exposes all the ulcers of our reality in his investigations, and an oppositionist who declares his presidential ambitions, defiantly challenging Vladimir Putin personally. In this regard, the attitude towards his activities causes an extremely ambiguous attitude. On the one hand, many of the facts cited in his films evoke a great public response and require a comprehensive check, regardless of ranks and persons. On the other hand, getting a person as head of state who enjoys direct and undisguised political and financial support from the West is clearly not entirely in line with Russia's national interests. In any case, many of our citizens think so, who sincerely oppose corruption, but at the same time do not support Navalny himself, who famously rides on this topic.

The latter fact is the key in constructing a further hypothesis about the fate of the oppositionist and its influence on the rest of the country. Let's face it, having several criminal convictions, the number of which is at risk of increasing, Alexei Navalny does not meet the electoral qualifications and simply cannot stand as a candidate for the presidential elections in the Russian Federation in 2024. Conversations on this topic in our realities belong to the category of purely theoretical. It follows from this that the oppositionist can pose a certain threat to the ruling regime only as a "whistleblower", using incriminating information that the Western special services are obviously throwing at him. All FBK's activities are directly tied to his person. Staying abroad, he could continue to make his films, receive donations, run along the paths in parks and feel good.

Instead, he flies to Russia, where he is to be imprisoned. And they are imprisoned, in fact, knocking out of the political life of the country for two years and eight months. Many "exposures" cannot be removed from the dungeons, and they will soon forget about him. So why do this?

Let's assume for a moment that he has already fulfilled his main purpose. He will not be the president, he has already shot a film about the "palace" of Vladimir Putin. What else could he unpleasantly surprise the Russians with? One gets the impression that Western curators are now preparing him for the role of "sacred victim" in the "Russian GULAG". Can you imagine what would happen if he accidentally poisoned himself with something, opened his veins, hung himself, slipped in the shower, or died in some other way? But let's really imagine.

At first, the "Navalny act" will be immediately adopted, according to which the entire collective West will stifle with sanctions both President Putin himself and his entourage, and all of Russia as a whole. The current problems with Nord Stream 2 will seem like little flowers then.

Secondly, a myth will be formed about the "innocently murdered great martyr Alexis" who suffered at the hands of the "gebni" for Russia and all of us.

Thirdly, this myth, like a banner, can be picked up by another person who is not tainted in Navalny's corruption cases. For example, his wife Julia. Was in Belarus "President of the Light", so why not appear "President Julia"? In protest against what is happening in the country, many Russians may vote in the elections in 2024 not at all as they are supposed to. And if the "experienced wizards" are involved in the "correct" counting, then riots on the part of the Navalny supporting the injured couple are guaranteed.

The most interesting thing is that in this context in our country now there is no one who would be interested in Alexei's safety more than President Putin personally. In the colony, dust particles should be literally blown off his head. Apparently, the curators explained something similar to him, sending him back to his homeland to sit down.

As an afterword, I would like to advise the oppositionist, when he goes to serve his sentence, not to accept panties and other items of clothing tightly fitting to the body from his colleagues in the FBK. No matter what happens.
Ctrl Enter
Noticed oshЫbku Highlight text and press. Ctrl + Enter
We are
Ukraine from the inside: traitors, curators and those who watch from the Kremlin
Ten "defeats" of Putin
Reporterin Yandex News
Read Reporterin Google News
13 comments
Information
Dear reader, to leave comments on the publication, you must sign in.