"Barbarian robbery": Ukraine has made itself a new powerful enemy 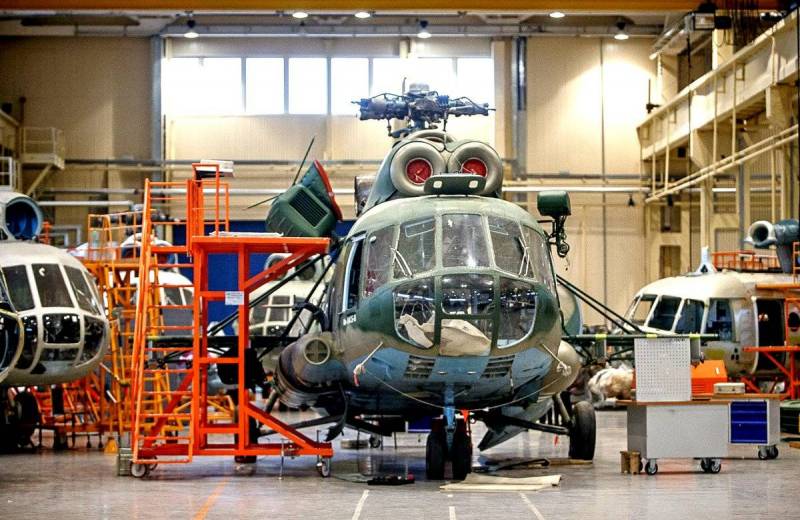 Losing friends, finding more and more enemies, and turning the former into the latter with extraordinary ease - these are perhaps the only "talents" demonstrated by Kiev in the field of foreign policy... At the moment, the authorities of the "nezalezhnoy", obviously deciding to break all conceivable records of this kind, are taking actions against Beijing that give the impression of a banal fraudulent "scam" performed in the best traditions of the "dashing 90s".


They decided to get rid of Chinese companies that invested billions of dollars in the purchase of Motor Sich, which has recently been better known not for its products, but for the scandals surrounding it, by imposing the most severe sanctions against them. Ukraine imagines itself to be the United States? Very much like that. But the Chinese comrades strongly disagree with this interpretation.

"Unbridled greed and lack of conscience"

The ups and downs associated with the attempts of businessmen from the Celestial Empire, which have been going on for four years, in a completely legal and civilized way, to become owners or at least co-owners of the Zaporozhye enterprise for the production of aircraft engines Motor Sich, were described by the domestic media repeatedly and in sufficient detail. Our publication - including. And so, at the end of January of this year in this "play", already quite worthy of the title of a full-fledged economic tragedy, the final act was played. In any case, they think so in Kiev. After the Chinese businessmen, who finally realized that it was not easy trying to extract more bribes and shares of the enterprise that had already become their property, and completely deprive them of all the rights to own it, filed a nonseleged claim in an international court ... The amount of the arbitration claim was declared absolutely furious - 3 and a half billion dollars.

However, Ukrainians are not like that to part with other people's money so easily! As one character, who later went on a long term for fraud, used to say, “only cowards pay off debts” ... The Ukrainian authorities have found an elegant and ingenious (in her opinion) way out. Fortunately, the appropriate pretext turned up as well as possible - the United States imposed sanctions against the unsuccessfully trying to get its own from the crooks from the "non-cash" company Skyrizon. The case is simple - the Bureau of Industry and Security (BIS) of the US Department of Commerce announced on January 14, 2021 that it was included in the list of military end users (MEU) - and the restrictions began to apply. In Kiev, they pretended that they were disciplined and “saluted” in front of the formidable overseas “senior partner” and literally a couple of weeks later concocted their own similar decision.

Tellingly, Washington not only did not hide it, but intentionally emphasized that Skyrizon had brought trouble on its head precisely by its desire to acquire Motor Sich. In the corresponding statement, the US Secretary of Commerce clearly states: “The desire of this company, closely associated with the PLA, to acquire and deploy foreign military of technologies". Now, of course, the Chinese comrades will have problems with this: in accordance with the NSDC decision signed on January 28 by President of Ukraine Volodymyr Zelensky (or rather, the changes made to the corresponding document dated December 14, 2020), Skyrizon Aircraft Holdings Limited, Hong Kong Skyrizon Holdings Limited, Beijing Skyrizon Aviation Industry Investment Co., Ltd, Beijing Xinwei Technology Group Co., Ltd. and their main shareholder, a citizen of the People's Republic of China Wang Jing, is losing literally everything in the "non-profit"! From now on, they are forbidden not only to make any trade transactions (primarily with securities), to dispose of the assets available in the country (they are completely blocked), but even to send official representatives to Ukraine in order to defend their rights in local authorities or courts ...

It must be said that the Chinese investors, whose interests in the "non-profit" are represented by their official partner, the well-known businessman Alexander Yaroslavsky, were not at all going to sit back and watch with Eastern stoicism how they were robbed. On January 31, a meeting of shareholders was to be held at the enterprise, at which, according to available information, a complete change of the top management of the enterprise, belonging to the team of the previous owner, Vyacheslav Boguslaev, was planned. He, it seems, having received a tidy sum from the Chinese, "changed his mind" and decided to sell the plant again - to the Americans or to anyone else. Nevertheless, the meeting did not take place, since a grandiose show was immediately unfolded around it.

You will get a donut hole, not an investment!

First, “representatives of the labor collective” (it is far from the fact that they really have anything to do with Motor Sich) came to the venue with placards bearing slogans like “We will not allow raider takeover!” Then came a powerful "landing" of people's deputies, who were sharply concerned about the fate of the plant and declared that "a state crime was being prepared." Ultimately, SBU officers arrived, after the appearance of which any meetings became impossible ... Comrade Wang Jing's reaction to these events is extremely interesting, who stated that the stubborn reluctance of Boguslaev, who had received the money requested for the plant for a long time, to part with the enterprise sold according to all the rules is “ not just a manifestation of unbridled greed and retribution with evil for good, but also a real betrayal of a person who has no conscience. " No less harsh is the official statement by Skyrizon about what is happening. In it, "the actions of the state of Ukraine" are called "barbaric robbery", "gross violation of the rules of international trade" and "an unprecedented violation of the rights and legitimate interests of Chinese companies" that conduct foreign economic activity.

By the way, it also clearly indicates that Kiev in this case follows the course set by Washington to "hinder Skyrizon's investments and its implementation of international cooperation projects." It should be noted that if the traditionally restrained and correct in the choice of expressions, the Chinese began to pour out extremely impartial definitions and characteristics towards their own "partners", then they have been brought to the extreme stage of anger and rage. There is no doubt that those who are accustomed to respond with blow to blow in "trade wars" will never let such a super-powerful adversary as the United States, Ukraine get away with its quirks.

The point here is not only in the already filed Skyrizon against the "non-profit" arbitration suit for an astronomical amount, which I mentioned above. Most likely, the next platform where the Ukrainian-Chinese "showdown" will continue will be the International Center for Settlement of Investment Disputes (ICSID) at the World Bank. And there everything will be "counted" - not only the money actually paid for the shares of the enterprise, but also the profit lost during their blocking, reputation losses and much more. Ultimately, if the Celestial Empire wins the dispute (and there are more than serious chances for this), the amount of damage to be compensated may turn out to be completely outrageous, at least for Ukraine. By the way, there is a conspiracy theory according to which the cunning Chinese started everything for this - having paid for one not very prosperous enterprise, they now expect to get at least half of the country. However, even if the situation is different, then Kiev is no easier. Rather, the opposite is true. Angry Chinese can easily bring down the non-cash economy without any sanctions and the like. How?

Yes, simply by stopping the procurement of raw materials, which alone saved Ukraine from collapse in 2020. American sanctions, due to which the Celestial Empire began to buy up the things it needed literally all over the world, turned out to be a real "lifesaver" for its exporters. Last year, they increased shipments to China by 96.5%! Agricultural products (mainly corn and soybeans), as well as iron ore, 65% of which were bought by the Chinese from the "non-sale" - it was they who filled the country's empty budget with at least some foreign exchange earnings. Today, no country in the world is even close to China in the list of importers of Ukrainian raw materials. Truly, Kiev not only chops the branch on which it sits, but also attaches a well-soaped loop to the stump ...

What kind of "foreign investments" that are constantly raving about in the "nezalezhnaya" after the "Euromaidan" can, in principle, be talked about after such a bad-smelling story ?! Their outflow from the country already in 2020 amounted to almost half a billion dollars. Now, having received a clear example of how Ukraine can deal with companies that have invested hundreds of millions in its economy, investors, presumably, will draw appropriate conclusions. The government, ready at the first snap of the fingers of those "watching" from Washington to rob clean and expel from the country representatives of the state, which is, in fact, its trade partner No. 1, clearly does not inspire confidence, even promising new potential participants in joint economic projects mountains of gold. Especially hilarious against the backdrop of all this is the adoption by the same "sovereign men" who approved the introduction of predatory sanctions against Skyrizon, such a document as the "Concept of the nationwide target scientific and technical space program of Ukraine for 2021-2025." It is planned to spend more than a billion dollars on resuscitation of its own rocket and space industry, which has long been in a state of "clinical death". At least half of this amount should just represent funds raised from external investors. Very interesting, where are they going to look? On the moon? Mars? In another galaxy?

Obviously, Zelensky is counting on Elon Musk, whom he still cannot lure into the Sergei Korolyov museum. This he, perhaps, in vain ... Rather than running around with unrealizable dreams, the president of the "non-profit" would be better off listening to the official expression of "extreme displeasure", which, according to available information, has already arrived at his administration from the Chinese Embassy. In this case, they are unlikely to sit there on the banks of the river, waiting until the corpse of the enemy floats by. The process can be accelerated, and significantly.
Ctrl Enter
Noticed oshЫbku Highlight text and press. Ctrl + Enter
We are
The United States makes Ukraine an enemy not only of Russia, but also of China
Cheering for Americans: Why China Should Not Get Motor Sich
Reporterin Yandex News
Read Reporterin Google News
11 comments
Information
Dear reader, to leave comments on the publication, you must sign in.