They work better than "Berkut": the actions of the Russian OMON were appreciated in Ukraine 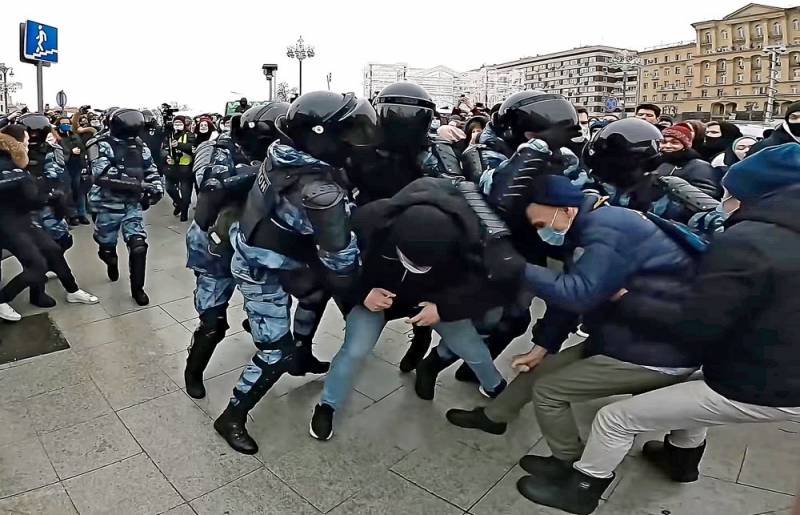 In large Russian cities, protests of sympathizers of the leader of the non-systemic opposition of the right wing Alexei Navalny, detained after arriving from Germany, continue. Russian law enforcement officers detain those who disagree in the course of the confrontation with the demonstrators, and they do it without any visible problems.


The professionalism of the Russian OMON in this regard was praised by the former candidate for mayor of Kiev Sergei Pritula in a conversation with a correspondent for the Kiev magazine "Novoye Vremya".

In his opinion, what is happening in the cities of Russia should not be called mass protests. If out of 500-600 thousand inhabitants about a thousand people go out on the street, this is not a mass action. In Moscow, a small handful of his supporters rally for Navalny, which does not fit the definition of widespread popular discontent. In this regard, the professional work of the Russian OMON is also important.

In Russia, we see a picture when several riot policemen calmly pull a person out of the crowd, while the rest are indifferently watching this, filming what is happening on their smartphones and shouting "Shame!"
- notes Pritula.

At the same time, he emphasizes that this would be impossible in Ukraine - the local Berkut was incapable of such actions. In the event of an attempt to snatch someone out of the crowd, the fighters would be immediately “hushed up”. According to Pritula, in Russia, most likely, further protests will be held in such a passive manner.
Ctrl Enter
Noticed oshЫbku Highlight text and press. Ctrl + Enter
We are
Western media: The purpose of Navalny's return is Nord Stream 2
Bloomberg: Putin is making a mistake in the situation with Navalny
Reporterin Yandex News
Read Reporterin Google News
2 comments
Information
Dear reader, to leave comments on the publication, you must sign in.