Russia should not rejoice at the rise in world wheat prices 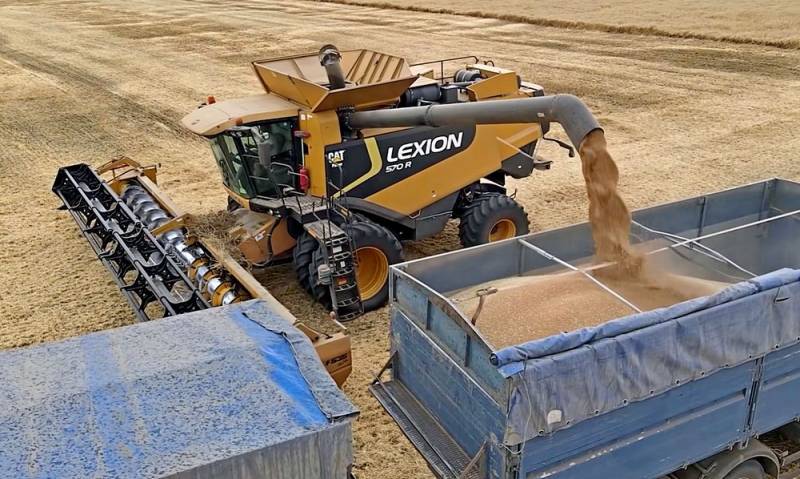 Grain prices continue to rise. In just a year, the cost of 1 ton of wheat on the stock exchanges increased from $ 215 to $ 280. It would seem that in Russia, which has become the world's largest exporter of grain, we should rejoice at the additional "non-oil" dollar income, but for some reason it is not fun at all. Food continues to flow from the country abroad, smoothly flowing around the obstacles placed in its path. The result may be an increase in food prices for Russians themselves.


The most interesting thing is that all this is taking place against the background of the huge harvests of recent years. Investments in agriculture have done their job: Russia began to collect more grain. But at the same time, exports also increased, as a result of which food in the country began to remain even less than before. This became especially noticeable in the past 2020, when everyone was terribly scared of the coronavirus pandemic and, not knowing what would happen next, the agricultural powers reduced sales of wheat, corn and rice abroad in order to hold back stocks for their own population. A deficit has arisen, which has led to a rise in food prices. The prerequisites arose for a repetition of the situation 10 years ago, when, against the background of a poor harvest in 2010, unrest began in the Middle East, which eventually led to the so-called "Arab Spring". Today at the UN warn about the possibility of repetition of problems on a much more serious level, even the words about "hunger of the biblical proportion" are used.

It is not surprising that domestic agricultural producers are driving food products abroad, where prices are higher. At the end of 2020, the corresponding jump in prices within the country forced President Vladimir Putin to respond to the situation personally. On the eve of his annual press conference, a fuss began, which led to the adoption of a manual embargo on grain exports. The problem is that these protective measures are openly leaky.

At first, they are temporary have not even begun to operate yet. Increased export tariffs are only provided for the period from March 1 to June 30, 2021. And over the past January, agricultural producers managed to export 2,6 million tons of wheat from the country. This is about 1/5 of the total export volume for 2020.

Secondly, there is one trick to get around government-set obstacles. Increased duties will be imposed only on “durum and durable wheat” (export code 1001190000). However, if it is ground into flour, or even better to make confectionery bakery products from it, then the imposed embargo does not apply to this type of food. “Wheat flour from durum wheat” and “other bakery and flour confectionery” (code 1905909000) are not affected by the increased tariffs. Of course, the development of grain processing in Russia and the growth of the taxable base can only be welcomed, but would it be easier for an ordinary consumer if “macaroons” become more expensive due to their shortage?

We emphasize that the diversification of domestic economics and the emergence of other "dollar bonds" in addition to oil and gas exports is badly needed by Russia. If new bakeries are built in our country and sales of products of deep processing of grain grows abroad, this is good. But at the same time, one should not forget about the balance between the interests of exporters and their own population. The situation in the country now is not such as to joke with the price of bread. Let us recall that about 100 years ago it was precisely because of rumors about the introduction of bread cards that famous events began in Petrograd.
Reporterin Yandex News
Reporterin Yandex Zen
11 comments
Information
Dear reader, to leave comments on the publication, you must sign in.