Oppositionist Ponomarev: Navalny wants to get out of prison by the President of the Russian Federation 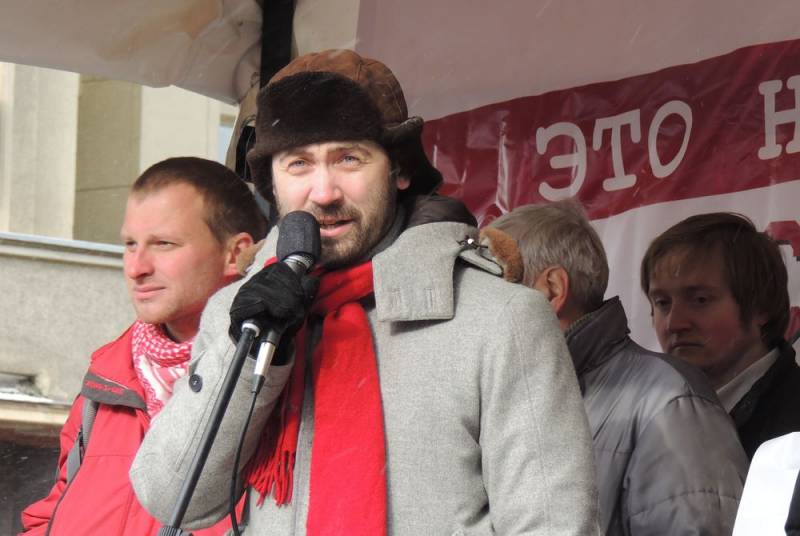 Russian opposition leader Alexei Navalny wants to get out of prison as the country's president, as Nelson Mandela, who became the head of South Africa, said on January 31, 2021 on the Ukrainian channel Obozrevatel TV, a former deputy of the State Duma of the Russian Federation (the only one who voted against the annexation of Crimea to Russia) Ilya Ponomarev, who left for the United States in 2014 and received Ukrainian citizenship in 2019.


The fugitive politician noted that the Kremlin's reaction to Navalny's "investigation" is "traditional." The Russian authorities always try to answer questions in the style of "you are a fool". However, seeing the massive protest, the Kremlin had to provide explanations.

At the same time, the protesters in the regions did not go to rally for Navalny, but because of a sense of injustice from the displayed luxury. Moscow is "harnessed" for Navalny, which is not surprising, since it is here that the bulk of his electorate is concentrated.

Ponomarev specified that Vladimir Putin does not need this “palace” in Gelendzhik. It began to be built in 2005 on retirement, which was supposed to be in 2008. But now Putin has a "very, very" luxurious residence in Bocharovoy Ruchey near Sochi, and there is no point at all in the aforementioned "palace", since the head of state is likely to remain in power after 2024.

I believe that in the past six months there has been a certain fuss in Putin's circle related to the upcoming elections to the State Duma and, in general, to the format of the further evolution of the Russian system of power. The fuss is directed against one particular group associated with the names of Kovalchuk and Shamalov, Putin's closest friends. I think this video is one of the links in the chain of this struggle.
- he explained.

Ponomarev drew attention to the fact that the next "investigation" of Navalny began in the summer of 2020. After that, he suggested that it was possible that it was "the cause of Navalny's poisoning."

Navalny traditionally interacts (informationally) with Igor Sechin's group. A number of other videos that were made by Navalny - "He's not Dimon for you", "Chaika" and others - were fed with information from Sechin and a general from his entourage, Oleg Feoktistov, who is most likely involved in the murder of Denis Voronenkov
- he added.

At the same time, the politician found it difficult to say whether this group is a source of information on the "palace". He is not sure that "someone is behind" Navalny now, but he is convinced that Navalny is somehow interacting with one or another of the Kremlin "towers".

This does not mean that he is their agent. This means that there is information interaction. Possibly bilateral
- he stressed.

Ponomarev noted that Navalny's chance of getting poisoned in the West was not zero and in prison, in this situation, it was much safer. The Russian authorities will definitely not offend him in prison, but will try to isolate him for a long time. At least 3,5 years, possibly a longer period. Only strong protests can force Navalny to be released.

Obviously, Navalny is increasing political bets and makes an application to get out of prison by the President of the Russian Federation
He explained.

According to the politician, the main problem of the Russian opposition is that it has no real leader. Navalny is not suitable for this role, since the majority does not accept him due to the complexity of his character (he does not tolerate competitors).
Reporterin Yandex News
Reporterin Yandex Zen
19 comments
Information
Dear reader, to leave comments on the publication, you must sign in.