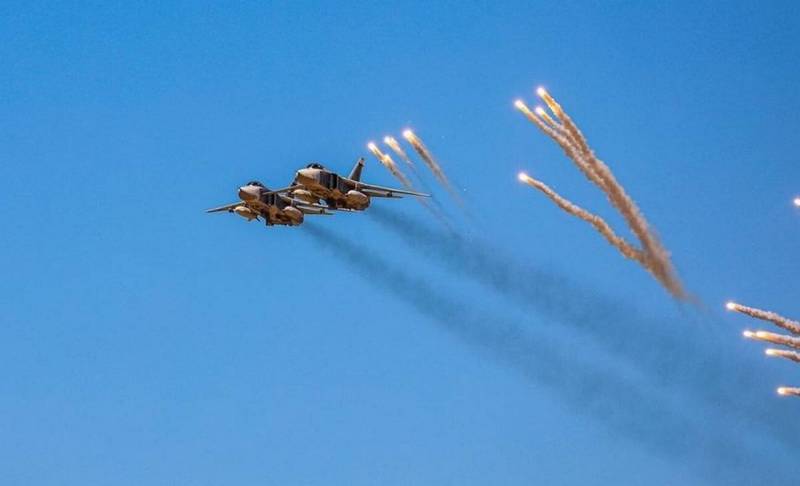 Su-24 bombers of the Libyan National Army of Khalifa Haftar

Having barely returned to power in the White House, the "globalists" immediately set about revising the results of Donald Trump's four-year rule. One of the first points on the map for this was Libya, which the Americans practically missed during the presidency of the Republican, and their place was taken by other regional players. Now the US has asked them to “go out,” but will they go in the direction indicated to them?

It is significant that the military intervention in Libya was carried out in 2011 under the Democrat Barack Obama. 10 years later, the Democratic Party is back on horseback and pokes its nose into this unfortunate North African country, which the United States has slightly forgotten about under President Trump. But now the balance of power there is completely different.

The country is divided into the West, where the Government of National Accord of Faiz Saraja formally sits in Tripoli, and the East, which is represented in Tobruk by the elected Parliament and the Libyan National Army of Khalifa Haftar subordinate to it. To complicate matters, each side is supported by many external players with opposing interests. Turkey and Qatar stand behind Tripoli, and behind Field Marshal Haftar there is a whole international coalition, which includes the UAE, Egypt, Saudi Arabia, France and Russia, which is ranked among them. Moscow takes an ambivalent position: it recognizes the PNS Saraj, but shows signs of attention to Khalifa Haftar, and mercenaries from the so-called "PMC Wagner" are seen on the LNA side. For all that, the Americans in the last 4 years did not get involved in this conflict, surprisingly staying away from it. In this regard, attention is drawn to the words of the US Charge d'Affaires Richard Mills, uttered at the UN:

In line with the ceasefire agreement reached in October, we call on Turkey and Russia to immediately begin withdrawing their forces from the country, as well as withdrawing the mercenaries and military intermediaries they have hired, financed, stationed and supported in Libya.
If so many countries are involved in Libya, why did Washington focus its attention on Turkey and Russia, and then the United Arab Emirates was also included in them?

However, it is not difficult to guess. President Erdogan took advantage of the opening window of opportunity to enter and gain a foothold in Libya. Together with Qatar, Turkey came to the aid of the official Tripoli, when the army of Khalifa Haftar was already at the walls of the capital. The Turkish troops and pro-Turkish militants transferred to Libya quickly defeated the LNA and drove it so that only dust stood in a pillar. Egypt had to stop them, which was forced to draw a "red line" on the sand, after crossing which Cairo would send its troops to the east of the country. Despite this, Ankara has achieved a lot: it has revised the map of the hydrocarbon-rich sea shelf in its favor and received the right to place a military base in North Africa.

It is clear that the rest of the participants in the conflict and Turkey's neighbors in the Eastern Mediterranean did not like all this. Washington intends to try to take the Turks out of the game, leaving only obedient Qatar on the side of the PNC. Similarly, the United States is trying to remove Russia and the UAE, which somehow did not please them, from among the sponsors of Khalifa Haftar. Then the LNA will have a loyal NATO ally in the person of France, Saudi Arabia and Egypt, relations with which the Democratic Party will now try to rebuild. The logic of action is clear: to exclude from the equation the most uncontrollable forces in the person of Ankara and Moscow, and then to take control of Libya through partners in Tripoli and Tobruk.

But will it work? Turkey has received too much to give up voluntarily. The Kremlin also has certain geopolitical ambitions in the Middle East and North Africa. Washington is forced to ask them to leave, but what if they refuse?

But nothing. The Americans found themselves in Libya in such a position that the only thing left for them is to conduct diplomatic talks with Moscow and Ankara. Washington will not dare to use military force against Russian mercenaries and even more so against Turkish servicemen. The White House may choose the path of sanctions pressure, which will further spoil the already unstable relations with the Turks. As for Moscow, it is, as they say, no stranger to: anti-Russian sanctions will be strengthened regardless of external policy Kremlin.
Reporterin Yandex News
Reporterin Yandex Zen
15 comments
Information
Dear reader, to leave comments on the publication, you must sign in.