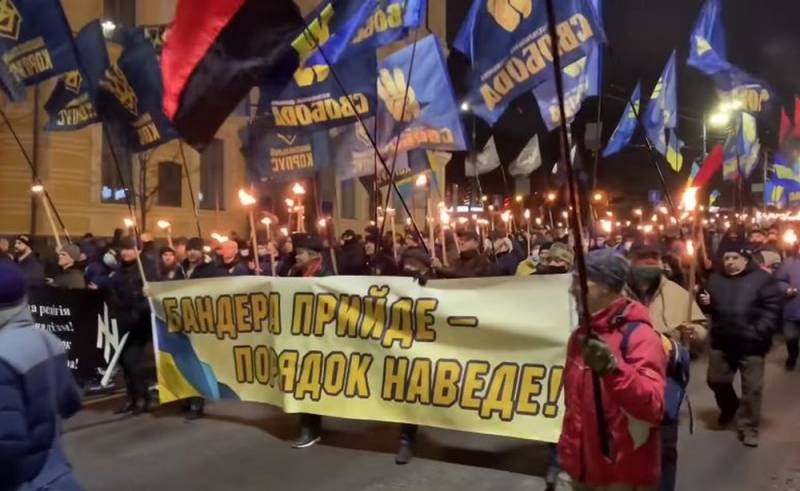 On January 16, 2021, a "movable law" began to operate in Ukraine, which extended the Ukrainian language even to the service sector, causing discontent among people. On January 30, the ombudsman for the protection of the state language (“movable ombudsman”) Taras Kremen, on the air of the program “Rendezvous with Yanina Sokolova” on Channel 5, spoke about “movable patrols”, fines for using the Russian language and spoke about the reintegration of Donbass.


According to the Russophobic functionary and supporter of total Ukrainization, the involvement of the LPR and DPR with “Ukrainian values” should take the form of “gentle Ukrainization” with the simultaneous “de-Russification” of territories.

As for the Russian language, it is present mainly in regional centers, that is, it is the language of urban studies. The overwhelming majority of the rural population is exclusively Ukrainian-speaking
- the official noted, specifying that such a phenomenon is present in all regions of Ukraine, without exception.

Flint believes that the residents of the Donbass territories not controlled by Kiev are not Russian-speaking, but "Russified". He claims that they use the Ukrainian language “in the kitchen”.

Therefore, the issue of the reintegration of Donbass is a matter of de-Russification or, in other words, Ukrainization. But not total, violent, as some of us used to say policyand tender
- he stressed.

Flint is sure that you need to communicate with local residents "in the language of love, respect and trust." They need to be convinced that the Ukrainian government is not an enemy and it is better than any other.

Let us note that the "motive question" is the most resonant and painful topic in Ukraine. When Volodymyr Zelenskyy was not yet the head of state, he clearly understood this and even called on the nationalists who had seized power in the country to come to their senses.


It was back in 2014, but since then, "political sclerosis" has done its job.
Reporterin Yandex News
Reporterin Yandex Zen
3 comments
Information
Dear reader, to leave comments on the publication, you must sign in.