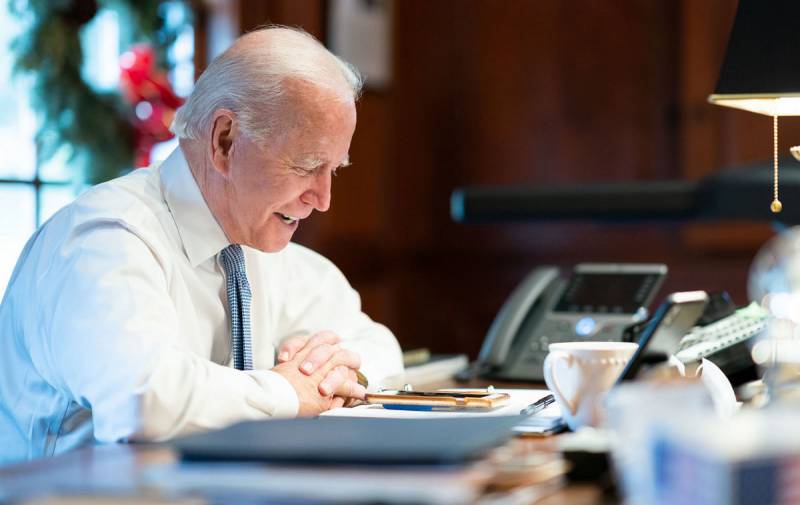 Readers of the American newspaper The New York Times commented news on the extension of the START-3 treaty, about which the presidents of Russia and the United States had previously agreed.


However, the users of the World Wide Web in the responses section did not limit themselves to the stated topic and touched upon other issues, such as Alexei Navalny, Ukraine, or relations with the PRC.

Some of the 69 comments are listed here:

The Navalny saga is comical, and there is nothing bold in it ... poisoned linen ... The United States is thus desperately trying to convince Germany to stop the Nord Stream 2 gas pipeline. […] If the Russian government, intelligence or Putin wanted Navalny to die, he would be dead. Russians are smart and competent. Navalny's "poisoning" is no more real than Iraqi weapons of mass destruction. The Navalny saga was a kind of scheme designed to show Russia evil at a critical moment in time to complete the construction of Nord Stream 2
- argues user Lucy Cooke.

At times like these, I miss the historian Stephen Cohen, whose last book was called War with Russia. Other articles provided a more objective view of the complex relationship between the United States and Russia (in addition to the "we are good and they are bad" paradigm that has dominated throughout our history, including today). In addition to the climate emergency, the danger of nuclear exchange poses a huge threat to everyone's survival.
- suggests the reader Bob Dass.

This is a very good move. It will promote stability and allow the US to focus on China, which is a big threat. […] The reality is that China is building up its conventional military forces. […] The US must understand that it is a weaker leader today than it used to be. They need to forge strong ties with India, minimize all problems with Russia and be closer to their allies in Europe and Japan.
Jack expresses his view.

"Chinese officials derisively asked if the United States and Russia might be willing to cut their own arsenals by four-fifths to match China's level ..." This is actually a good idea
- Supported by Satire & Sarcasm.

This is a good move from Biden's side. It also signals a return to normal relations with the Kremlin. No more passionate kisses like Trump's and God knows what else. In fact, in less than two weeks, Biden has worked harder than Trump in these 4 difficult years!
- praised Ed67.

The article completely overlooks the fact that the issue of Russian aggression in Ukraine was raised in this conversation. Or is such news unworthy of the attention of the New York Times, huh?
- reminds a certain Karina.

Where is the information explaining why the Trump administration did not agree to a renewal? I thought it was Trump licking Putin's shoes. […] By agreeing to the extension of the Treaty, hasn't Biden become Putin's new poodle?
- ReciPaucity sneers.

I'm glad to hear that Biden and Putin talked and agreed to renew the treaty, which will no doubt limit the number of nuclear bombs on each side to 1500. This is enough to wipe everything off the face of the earth. Putin did not respect Trump. Trump was his toy. Trump took the lessons of dictatorship from Putin. I think that Putin will view Biden as a sane and logical person who cannot be pushed around, as an ignorant puppet. And that's good for world peace
- notes someone PJASWFLA.

Wait, why didn't you mention Ukraine, which was touched upon in that telephone conversation, as the official announcement says?
- J.
Reporterin Yandex News
Reporterin Yandex Zen
5 comments
Information
Dear reader, to leave comments on the publication, you must sign in.