Why Russia should not abandon the new MiG-41 interceptor 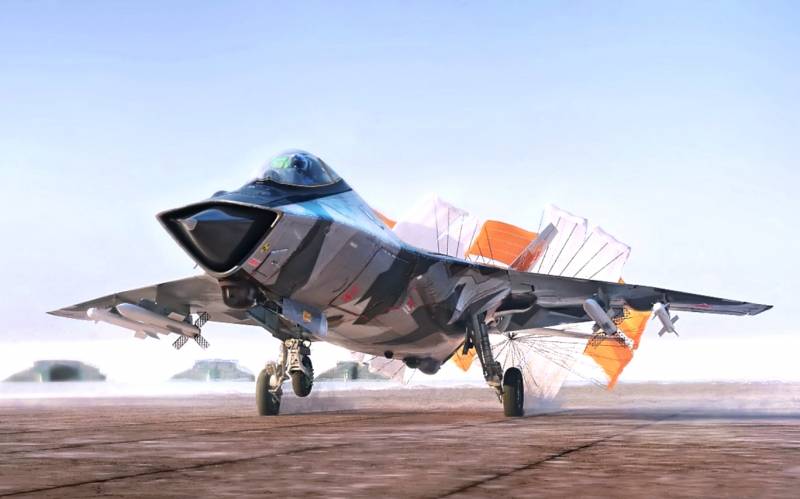 Rostec pleased with the announcement of two newest Russian aircraft at once. The state corporation will bring a model of the fifth generation multipurpose fighter Su-57E to the "bride" at the air show in India. Also, our defense engineers have begun the stage of development work on the promising MiG-41 interceptor fighter, which is already classified as the sixth generation. We are looking forward to a prototype in the sky, but now there are calls to spend the funds allocated for this project on other aircraft. Should you listen to them?


To determine the answer to this question, you need to figure out what this plane is needed for. Ever since Soviet times, we have had a separate air defense aviation, which is necessary to cover giant countries from air attacks. This requires super-fast interceptor fighters with the best radar stations on board. The Su-9s were the first to respond to the threat from US aviation and the NATO bloc, then they were replaced by the Su-11, then the Su-15 followed. After the Americans had B-52 strategic bombers, our engineers had to create the world's largest Tu-128 interceptor. The Pentagon responded with bullet B-58 Hasler, SR-71 and Project B-70 Valkyrie. It was possible to fend off them with the help of the MiG-25 interceptor fighter.

The B-1 Lancer strategic bomber and the Tomahawk air and sea-based cruise missiles are a new stage in this arms race. The range at which Soviet interceptors would have to operate, and the stealth of low-flying missile targets, have sharply increased. The USSR needed an aircraft that would combine tremendous speed and combat radius of flight, the ability to refuel in the air and the presence of a powerful radar on board. This was our MiG-31, a unique supersonic aircraft, which was in many ways ahead of its time and remains relevant to this day. He is capable of confidently destroying all types of targets: fighters, bombers and cruise missiles.

120 of them remained in service, the aircraft are gradually undergoing deep modernization to the level of the MiG-31BM. There is a very promising version of the MiG-31K, adapted as a carrier of the Kinzhal hypersonic missiles. If you add up the range of its flight, which is 2000 kilometers, and 3000 kilometers, which a supersonic interceptor can fly without refueling (5400 with refueling), you get a truly multifunctional formidable combat aircraft. There is only one problem.

Age. MiG-31s ​​were produced during the Soviet era, even with modernization, the age of their service can be extended until 2028, and now we have 2021. There is something to think about.

The geopolitical situation around our country is heating up, the potential adversary in the person of the United States and NATO has reduced the number of strategic bombers, but at the same time increased the arsenals of Tomahawks and tactical cruise missiles. The Americans are developing an AGM-183A hypersonic air-to-surface missile, which, according to DARPA, will have a speed of Mach 17-20 and a flight range greater than the combat radius of the MiG-31. Also, near-earth orbit is packed with spy satellites. All this must be able to intercept and destroy.

It is logical to assume that the new aircraft will have superior combat characteristics to the MiG-31. In the expert environment, there are suggestions that the MiG-41 will be able to accelerate to more than 4 Machs. This, as well as the ceiling of 25 km, make the aircraft a universal platform for carrying promising space weapons. After all, it is already quite obvious today that in the coming years the most technologically advanced countries will begin to deploy weapons in near space. The new combat vehicle can become a truly unique high-altitude interceptor, sharpened for the detection and destruction of hypersonic targets.

All this will make the MiG-41 a very expensive but invaluable contribution to the country's defense capability. And as they are adopted by the MiG-31, you can retool on hypersonic "Daggers".
Reporterin Yandex News
Reporterin Yandex Zen
33 comments
Information
Dear reader, to leave comments on the publication, you must sign in.