No hookah bars, no furniture for hundreds of millions: video from "Putin's palace" exposed Navalny's investigation 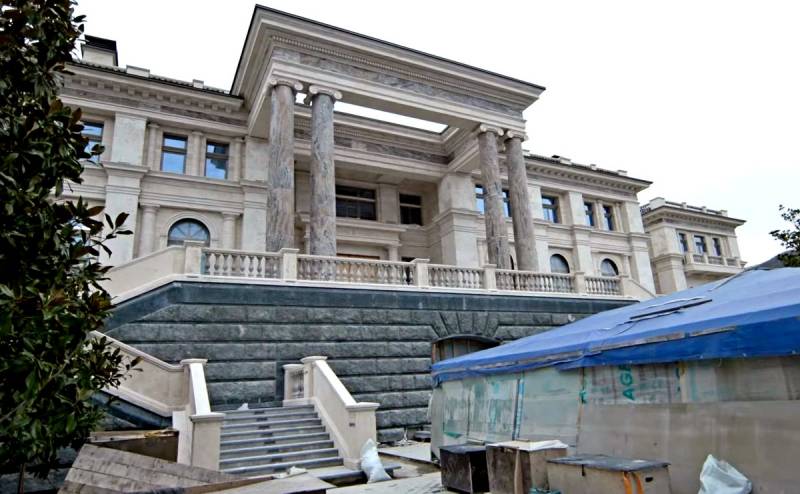 The organization of the Russian oppositionist and blogger Alexei Navalny, the FBK (Anti-Corruption Foundation), published a YouTube movie about “Putin's palace”, which gained many views and was widely publicized in the world media. However, a journalist from the Telegram channel Mash exposed the opposition's "investigation" by showing a more detailed footage of the object.


According to the channel's author, near the "palace" there is no front entrance with a large gate and a two-headed eagle. All that luxury, which was described in Navalny's video, is missing - there is no luxurious furniture for hundreds of millions of rubles, no hookah bars, or much more.

The location is quite simple to describe - it's one big concrete. In fact, everything is at the zero stage of construction.
- said the author of the video exposing the "investigation" of the disgraced blogger.

According to the builders, the object will be completed only in five to six years.


Earlier, the Russian president noted that no palace belongs to him, and he does not have any luxurious real estate, which was discussed in the film by Alexei Navalny. Putin's press secretary Dmitry Peskov said that the owners of the "palace" are known, but their names will not be publicly disclosed for reasons of correctness. The Putin administration stressed that it was known in advance about information provocations and pseudo disclosures against the head of the Russian Federation.
Ctrl Enter
Noticed oshЫbku Highlight text and press. Ctrl + Enter
We are
Putin with a grin denied involvement in the "palace" on the Black Sea
Searches in Navalny’s offices are ongoing throughout Russia, FBK accounts are arrested
Reporterin Yandex News
Read Reporterin Google News
96 comments
Information
Dear reader, to leave comments on the publication, you must sign in.