Premier Mishustin is preparing to replace President Putin in 2024? 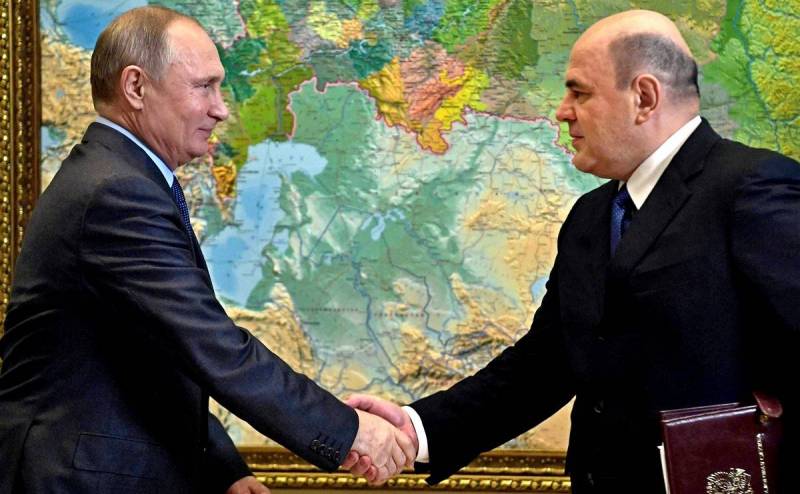 Against the backdrop of global changes in Washington and the intensification political life in Russia after the return of the “non-poisoned” opposition leader Alexei Navalny, the question of what awaits us in 2024, when the term of office of President Putin expires, is again on the agenda. Will Vladimir Vladimirovich take advantage of the "zeroing" amendment or will he transfer power to another person, or if so, who might it be?


It so happened in our country in recent decades that a candidate for "successors" must first go through certain career positions, among which is the post of prime minister. Vladimir Putin himself began with this, then Dmitry Medvedev followed his example. Now the cabinet of ministers is headed by Mikhail Mishustin. Is he destined to become the new president of Russia, or is it just another checkpoint "technical"Figure? This question is not entirely straightforward.

On the one handMikhail Mishustin really resembles a "technical prime minister" who was appointed in a difficult period of history in order to fulfill unpopular tasks, such as raising taxes and the next privatization of state property, as well as collect all the big bills for this. A year ago, no one from the general public knew this person and hardly anyone will immediately remember him in 5-10 years. What do you personally remember, for example, Prime Minister Viktor Zubkov? Of course, if Mishustin himself does not give informational reasons for this, such as statements in the spirit of "no money, but you are holding on", etc. He does not make resonant political statements, does not engage in active self-publicity in the media, but simply goes every day to work as the head of the Russian cabinet. Most likely, his figure is the result of some kind of compromise between the “Kremlin towers”, each of which does not want to strengthen the competing one by nominating its protégé, which explains all this.

But on the other hand, it is this “facelessness” that may turn out to be most in demand in the highest echelons of power in the transitional year 2024. If Vladimir Putin nevertheless takes advantage of his "zeroing" and goes to another, God knows what the presidential term is, he will still need a loyal and executive prime minister. Loyal and proven in business, Dmitry Anatolyevich has already developed his reserve of trust on the part of the country's population, becoming one of the most unpopular heads of government in modern Russian history. Out of harm's way, he was transferred to the Security Council, which can be considered a "bench" for the presidency only with a considerable stretch.

If we return to the prospects of Mikhail Mishustin, then it is necessary to take into account that Vladimir Vladimirovich is already 68 years old today, and in 2024 he will be over 70. The presidential term in Russia now lasts not 4, but 6 years, that is, by the end of the first, “ zeroed "term, Putin will be the same age as 76-year-old American President Biden, whom Donald Trump called" Sleepy Joe "because he showed some signs of negative age changes. That is when Dmitry Peskov will tell the population about the "strong handshake" with honest eyes, then the "compromise" Prime Minister Mishustin may come in handy as a successor.

However, there is an option for him and earlier. If in 2024 the Kremlin decides to go through the "transit of power" through a radical expansion of the powers of the State Council in favor of Vladimir Putin, it will need a loyal and proven person for the presidency, whose figure will become more symbolic. The “faceless” functionary will advantageously set off even the official ex-head of state who has stepped aside.
Ctrl Enter
Noticed oshЫbku Highlight text and press. Ctrl + Enter
We are
Ukraine from the inside: traitors, curators and those who watch from the Kremlin
Ten "defeats" of Putin
Reporterin Yandex News
Read Reporterin Google News
9 comments
Information
Dear reader, to leave comments on the publication, you must sign in.