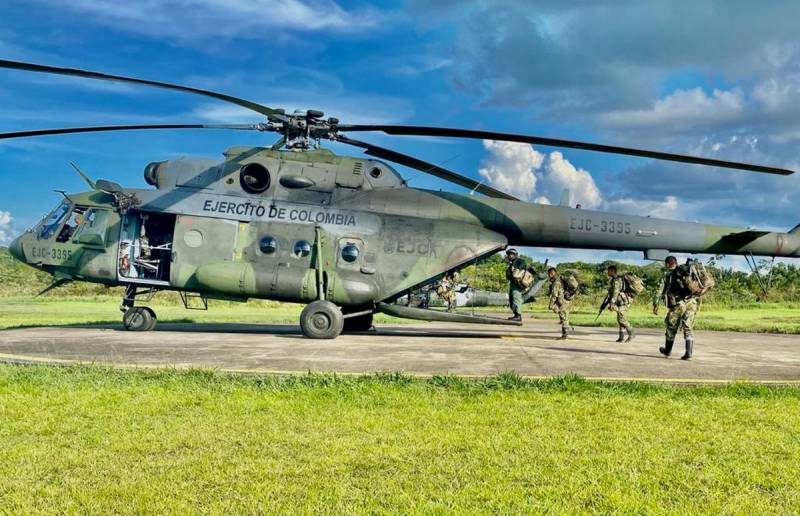 The Kremlin has its own interests in Colombia, sending its spies there, according to an article by the Argentine news portal Infobae, returning to the recent story of the expulsion of Russian diplomats. Then Bogotá accused them of espionage and forced them to leave the country.


And the new President of the United States, Joe Biden, allegedly should turn his attention to this.

The question arises as to why Moscow chose a country of no strategic importance for espionage. The answer should be sought in the general context of external policy... Russia has been engaged in espionage and sabotage activities in the West for some time. The Russians infiltrated the state structures of the former satellite countries, and they also managed to carry out cyber attacks on the United States, Germany and other Western countries.
- the text says.

Moscow's support for anti-liberal politicians is part of a global strategy to undermine people's trust in democratic institutions. Russia has a problem promoting global democracy, a policy that the United States pursued from the end of the Cold War to the very presidency of Barack Obama.

Colombia is seen as a democracy and as “the enemy of my friend,” that is, Venezuela. Russia supported Nicolas Maduro's "brutal regime", along with China and Iran. Moscow itself has previously suffered from the NATO expansion, which included the former republics of the Soviet Union and its satellite countries. Moreover, Russia was extremely enraged by the American invasion of Iraq and the idea of ​​unipolar global supremacy of the United States.

The Kremlin now views America's sphere of influence in the Western Hemisphere as its own target. First of all, Infobae believes, he tried to take advantage of the emergence of anti-American regimes in Venezuela, Bolivia and Nicaragua.

In this sense, certain factors played in favor of the Russians. And the first was Obama's foreign policy, which ignored military cooperation between Moscow and Caracas, and Robert Gates, then the United States Secretary of Defense, ridiculed their joint military exercises and arms transfers.

Colombia is a US ally and an enemy of Venezuela. Russia helps Maduro dispatch Venezuelan spies and thousands of refugees that arrive at the border with Colombia, destabilizing that country's government
- the analysis says.

In this context, according to the publication, "the Russians were very interested in spying on the oil company Ecopetrol." It has been suggested that Russia is also behind the protests against hydraulic fracturing by Colombian environmentalists.
Reporterin Yandex News
Reporterin Yandex Zen
4 comments
Information
Dear reader, to leave comments on the publication, you must sign in.