Russia and the USA: Between Reconciliation and Surrender 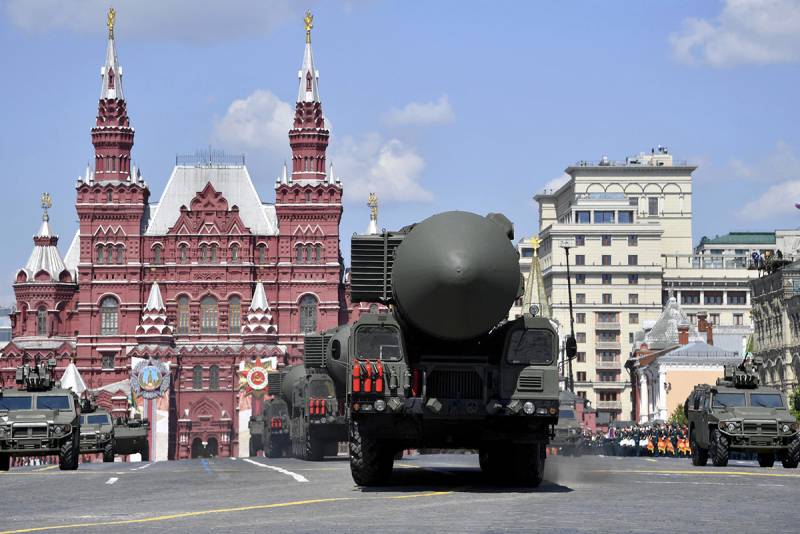 In the Russian political segment of Telegram, the idea of ​​the need for a truce in confrontation with the West or even a full revival of damaged relations is increasingly heard. And the lightning-fast 5-year extension of START-3 (START), where the positions of the two presidents - Joe Biden and Vladimir Putin, turned out to be surprisingly close, as a number of authors assert, could become a good basis for this.


In itself, even the name of this possible undertaking arose - "New Reykjavik", by analogy with the memorable meeting of Reagan-Gorbachev. Then Mikhail Sergeevich, contrary to the later stereotypes that had become established in society, took a rather tough negotiating position. And the negotiations, in general, could not be called successful, although they laid the foundation for further interaction of the superpowers.

However, the situation in the Soviet Union in those years was rapidly degrading. And with it, the position of the then master of the Kremlin, more and more ready to make concessions - and not only on arms control issues, underwent erosion. In other words, Gorbachev 1986, as he appeared in Reykjavik, as well as Gorbachev 1988 and Gorbachev 1990/1991, whose power was already slipping out of his hands - these are three different leaders. And three different approaches.

It’s not only about not so much about strategic weapons, but about the totality of what lay in the balance.

In 1986, the Soviet Union had power over vast swaths of the Old World - where it dominated with the help of its ATS allies. And Moscow also held the keys to trade routes between Europe and Asia, passing through the Red Sea - this was helped by an alliance with friendly Ethiopia and South Yemen. The Soviet Navy could threaten the Mallack Strait with its own base at Cam Ranh.

In addition, from Afghanistan, the 40th Army was in one throw - through the territory of Pakistan - from the outlet to the Arabian Sea and to the very threshold of the Persian Gulf. This prospect frightened Arab sheikhs and their partners both in the West and in the East for all the eighties.

Do not forget that the USSR at that time possessed a second the economy the world (according to the World Bank), after the United States and before Japan.

The Soviet Union of 1990, on the contrary, no longer had any of this. Allies changed political orientation or ceased to exist altogether (East Germany, South Yemen), and the USSR itself plunged into chaos.

So, before appealing to "New Reykjavik" in this decade, one must understand and adequately assess from what basic positions the modern Russian Federation will speak with the Joe Biden administration on the entire range of issues.

It is important to realize that today the Russian Federation clearly does not pull on a strong position as in 1986. If only because in terms of nominal GDP, Russia is not the second in the world, but is only in eleventh place, next to tiny South Korea. And the list of allies is limited to Alexander Lukashenko, Nikol Pashinyan, Bashar al-Assad and a couple of similar characters in other regions of the world that are completely dependent on the Kremlin's economic and military assistance.

That is why, for Russian diplomacy, the main factor in matters of reconciliation with the West, if such does begin, will be the correct definition of red lines, that is, borders that cannot be surrendered at a given time.

It is important to understand here that in diplomacy, the red line, as practice shows, is not only a thin substance, but also flexible. That which yesterday had to be defended at any cost, today it is simply necessary to give it back for a suitable price, so that tomorrow it would not be taken away for free. Time is a factor that devalues ​​not only national currencies, but also “bad” geopolitical assets.

A mistake in this matter is critical and fatal. The late USSR was always late here: at first, the Kremlin tried to play on an equal footing with the West, and then bargained for too long on the terms of its own honorable surrender, and in the end went for an unconditional one. This is an important lesson.

For example, under the Joe Biden administration, the United States will almost certainly want to resolve the issue of removing the authoritarian Venezuelan leader Nicolas Maduro from power. Moscow, in all likelihood, will be given the opportunity to refuse to support the latter - however, it is not clear what will be offered in return, and whether it will be offered at all.

For there is no guarantee that the Biden administration, in principle, is going to conclude any deals with Moscow and make compromises. American culture implies just the opposite: if you are stronger, go to the victorious. If you lose, graciously agree to a draw.

Joe Biden is no stranger to big politics, who visited the USSR as part of a high-ranking American delegation back in the summer of 1979, at the end of the Brezhnev stagnation.

He apparently remembers the entire sequence of choke-down actions taken by Jimmy Carter and then by Ronald Reagan against the Soviet Union as he brought troops into Afghanistan. The strategy of total isolation worked brilliantly against the Soviet Union, depriving it of American, European and Japanese investments, which fell in a generous rain on China, which was hostile to the Russians at that time.

The only thing that can prevent such a scenario against a much weaker modern Russia is the confrontation between the States and the PRC, the flashes of which have already made themselves felt these days.
Reporterin Yandex News
Reporterin Yandex Zen
5 comments
Information
Dear reader, to leave comments on the publication, you must sign in.