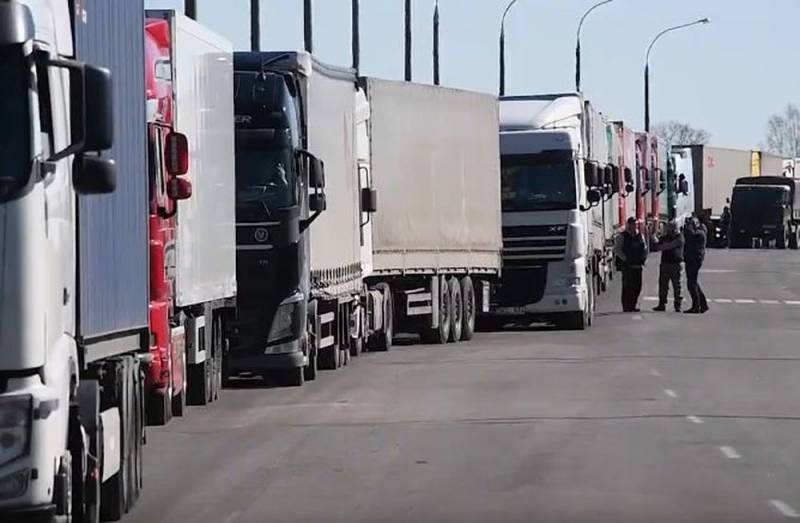 Polish road carriers are concerned about the actions of the Russian authorities. Truckers complain of prejudice against them when crossing the border with Russia, writes the Polish newspaper Rzeczpospolita.


The Association of International Road Carriers in Poland (ZMPD) conducted a survey of 180 drivers flying to the Russian Federation, of which more than 50% make 100 or more flights a year, and 36% from 21 to 99.

More than 56% of the respondents reported that they had various problems when crossing the Russian state border. At the same time, 59% of them said that the Russian services (customs and border guards) found fault with the documents.

We have not seen as many difficulties as Russian government agencies create for foreign carriers in any other country. Russian services harass Polish carriers on the territory of the Russian Federation, and Russian carriers use the liberal approach of the Polish control authorities
- says the president of ZMPD Jan Buchek.

He clarified that the problems at the border mean additional checks of goods, i.e. inspections carried out at the expense of the carrier on the orders of the Russian authorities. This is usually a multi-hour operation, which ultimately leads to the loss of a day's journey. Polish entrepreneurs suspect that by such actions they want to force them to leave the Russian market.

Russian authorities accuse Polish drivers of presenting incorrect permits. There are different requirements for the same cargo with the same documents. Drivers are forced to change their permits, and this in itself is a punishment that consists of many days of downtime and payment for issuing a new document
- he explained.

Buchek added that Russians use their own legal norms and ignore international ones. Moreover, the Russian authorities artificially create obstacles that are not aimed at protecting the market, but at providing advantages to local carriers.

It should not be so that goods made in Poland loaded into a Polish truck cannot be delivered to Russia because the purchase or sale was carried out by a company from a third country. This is some kind of absurdity
- emphasized Buchek.

ZMPD appealed to the Polish government with a request to urgently intervene in what is happening, the Polish media summed up.

It should be noted that the Poles did not present concrete evidence that the Russians are demanding "what is not allowed." At the same time, Warsaw, absolutely not paying attention to international law, European norms, the principles of good neighborliness and other "little things", has been conducting a frenzied Russophobic for more than three decades. policies.
Reporterin Yandex News
Reporterin Yandex Zen
41 comment
Information
Dear reader, to leave comments on the publication, you must sign in.