Ukraine: the "European fairy tale" comes to an end 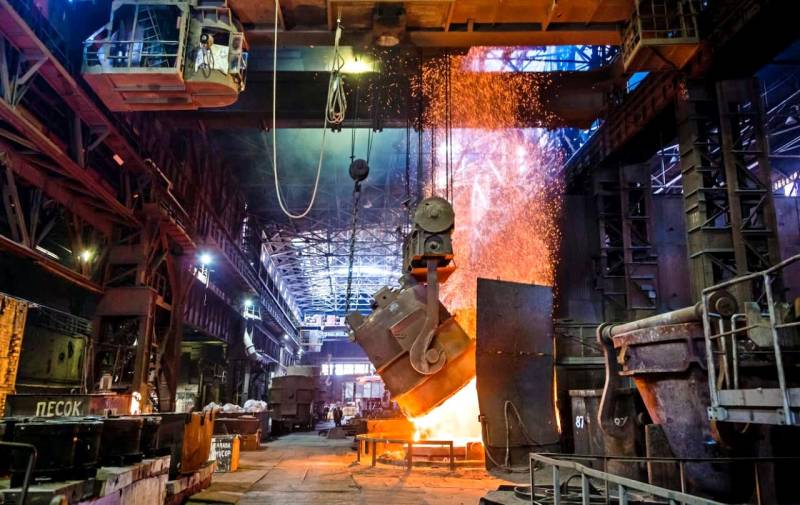 Brussels is determined to completely rewrite the Association Agreement between Ukraine and the European Union, which entered into force in 2017, this year. Such plans were clearly outlined back in October last year, in particular, by the head of the Council of Europe Charles Michel and the head of the European Commission Ursula von der Leyen. They notified the President of the "nezalezhnaya" Volodymyr Zelensky of this in an official letter.


What does the change of the “rules of the game”, planned by its western partners, promise Kiev? Are there really new steps into the “fabulous European future” that the Ukrainian authorities have been broadcasting about since 2014? Or something radically different? Let's try to figure it out.

In fact, the refusal to sign this very Agreement cost Viktor Yanukovych the presidency in 2014, and Ukraine's remnants of state sovereignty. Because of him, the "Euromaidan" was organized, a civil war was started, many people were killed - in Kiev, Odessa, Donbass and not only there. Fanatical adherents of "European integration" this treaty, which was originally a complete alternative to expanding cooperation with Russia and the CIS countries, was presented as an incredible "breakthrough" in the longed-for "civilized world". He was declared a kind of "panacea", capable of curing all the numerous ailments and infirmities "non-existent", primarily social and economic, solve all her problems. “When we enter Europe, that's all! In the bag!" they said. Instantly, rivers of milk will flow in the jelly banks, fresh 500 euro bills will bloom on the branches of the trees instead of leaves, and the "Muscovite curses" burst with burning envy for Ukrainian abundance. The fact that many residents of the country quite sincerely believed in such nonsense says a lot about their mental abilities ...

Seriously speaking, the expectation was that Europe would open its markets both for Ukrainian goods and raw materials and for the local labor force. Well, and, of course, she herself will spare no effort to arrange life in her newfound “younger sister”. And there, you see, EU membership will arrive in time - and then heaven on earth will come. What happened in reality? There is no talk of any "entry of Ukraine into Europe" and cannot be during the life span of the next few generations at least. And to be honest, never at all. Such statements have already been made more than once and not twice - from Brussels, Berlin, Paris. There is nothing to feed your beggars! Kiev will definitely continue to have to wipe itself out in the European "hallway", assuming more and more new obligations to the "white masters", but not getting any rights. On the other hand, Europe has entered the “non-profit” one ... How can I put it more decently? Let's just say, to the fullest.

Sorry for the ambiguous associations, but they are more appropriate in the case of the Association Agreement. Various international structures, including European ones, have long dictated everything to the puppet Kiev government - from the texts of new laws, the names of prosecutors and judges to the size of utility tariffs for the population. Until a certain time, this was to some extent compensated for, albeit not too generous, but more or less regular handouts in the form of loans and tranches of "financial aid". However, in the fall of this year, the head of EU diplomacy, Josep Borel, threw the words in the face of Vladimir Zelensky: "The European Union is not an ATM!" As for trade ... The situation here is not even close to the bright prospects that the “European integrators” dreamed of. All Ukrainian exports are driven by ruthless Brussels into quotas, which are not so insignificant, but simply mockingly scanty. "White gentlemen" very carefully protect their market and their own producers. As a result, the volumes allowed for them (and they amount to no more than 3%, more often less, of the total production in the country) Ukrainian suppliers choose in the first month of the year. This applies primarily to agricultural products - chicken, malt, honey, grain, fruit juices and others. The limits of metallurgists who sell rolled products, sections, and wire in the EU are also quickly running out.

It is not even possible to dream of getting some more complex products from “non-sales” (for example, what is produced on the remnants of enterprises in the engineering industry) to the European market. They do not even closely correspond to the strict requirements set out in the technical regulations of the Old World. The same applies to many branches of the agricultural sector - Ukrainian lamb, beef, pork are "banned" from the EU. On the other hand, local suppliers from the moment of signing the Agreement have been filling up "non-cash" meat of the same pigs in such volumes (and absolutely duty-free) that local producers only calculate losses. The fat was dropped ...

The "green" stranglehold will sweep to death

As a matter of fact, it is precisely for the sake of revising this humiliating and unprofitable position for Ukraine that those in power have already repeatedly tried to convince the “partners” that the Agreement should be slightly corrected. At least - in the direction of increasing quotas. The more daring even tried to talk about some kind of "industrial visa-free" ... After the next meeting of the Ukraine-EU Association Committee, the head of the "non-existent" Foreign Ministry Dmitry Kuleba, I remember, threatened "deepening sectoral integration in the digital economy, energy" and something then there still. It was then, by the way, that the words were first heard that Kiev was “ready to take part in Europe's achievement of the goals of the“ green deal ”.

Interestingly, the mournful "statesmen" of Ukraine did not really understand with their heads that, in fact, they were signing a death sentence for the country and its economy ?! There is every reason to believe that the upcoming change in the terms of the Agreement will be linked primarily to the "European Green Deal" (Green Deal). In one of the recent publications, I wrote that this most cunning "deal" will be used by the West, first of all, to rob the countries of the "third world" and destroy their economies. Well, using the example of Ukraine, we can consider this mechanism in detail. The biggest blow to its exporters, no doubt, will be the planned EU "carbon tax", with which they intend to fight against goods produced using "dirty" of technologiesharmful to the environment. According to various estimates, this innovation will incur losses for foreign manufacturers trying to trade in European markets, ranging from 20% to 40% of their profits. For example, according to experts from the international company Boston Consulting Group (BCG), such a "carbon tax" may well be $ 30 per ton of CO2 emissions. This is, of course, very bad news for everyone, but for "non-profit" it is a disaster.

The fact is that the local industry (metallurgical, chemical and other) is at the level of the "stone age" even in comparison with the enterprises of Turkey or, say, India, which are also not very concerned about preserving the environment. The duty, which the EU will charge on its products, will not only take away all profits - it will become a barrier, since any Ukrainian export will be absolutely uncompetitive on the European market. The same, incidentally, applies to many other goods that are trying to supply from the "non-export" to the West. Even food is known to be produced with the consumption of electricity. And Ukrainian thermal power plants, by the standards of European bureaucrats, are just living creatures of hell. And what is the point in increasing quotas for certain goods (even if we hypothetically assume that Kiev will be able to extort it from Brussels), if no one buys these goods because of their frenzied price, "wound up" by the "carbon tax" to the limit ?

In principle, there is no question of any modernization of industrial production, transport and energy infrastructure in Ukraine. For all this, the "state", which is throwing colossal sums into a war with its own people and "bringing the army to NATO standards" simply does not and cannot have money. And the Europeans, of course, will not give them, even in the form of loans on the most predatory terms. Why would they support potential competitors? There is no doubt that out of the 100 billion euros that Brussels allegedly plans to allocate for "decarbonization", and, in particular, for supporting the economies of countries suffering losses in the process, Ukraine will not receive even a broken euro cent. So far, the "partners", as if in a mockery, promise Kiev "to begin the process of assessing the conformity of Ukrainian products to EU standards." The results of such an assessment, which were, as a rule, negative before the onset of the “green madness”, are now more than predictable.

It is quite obvious that the West will continue to pursue a course towards complete and final de-industrialization of Ukraine, turning it into its own agrarian and raw material appendage. In addition, he was entangled in debts, with which he could not pay off even for a millennium. Indeed, in Europe they plan to get away from the cultivation of such technical crops necessary for the "green" economy as soon as possible. They do not intend to fill their own fields with herbicides and deplete them with genetically modified crops. Moreover, there is “nezalezhnaya” nearby, which in recent years has already turned into a testing ground for agricultural experiments of the most bad kind. Local farmers have almost completely switched to corn, rapeseed and sunflower - crops that, sown year after year in the same areas, turn the land into completely barren. In the near future, they will not be left with a choice at all - the Ukrainian ecology, following the economy, will be mercilessly sacrificed to the European one.

Well, on this score, the residents of "nezalezhnaya" have a wonderful saying - about the eyes that saw what they bought and can now enjoy the result until, excuse me, they come out. Purchased in blood and human lives, the Association Agreement with the EU fits this definition perfectly well. It remains only to advise to objectively assess what is happening in the "European" Ukraine to those individuals who are ready to buy "friendship" with the West in Belarus and our Fatherland at the same price.
Reporterin Yandex News
Reporterin Yandex Zen
30 comments
Information
Dear reader, to leave comments on the publication, you must sign in.