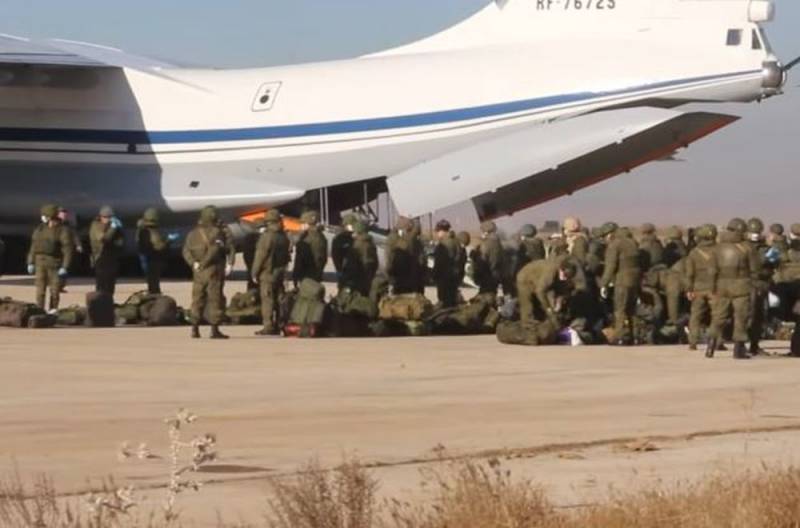 The pro-American Arab-Kurdish alliance "Syrian Democratic Forces" (SDF) has promised to rebuff the Turkish Armed Forces and pro-Turkish formations in case of their attempts to further advance in the north, northeast of Syria. This was announced on January 25, 2021 to the Kurdish news agency Firat News Agency (ANF - headquarters in Amsterdam, the Netherlands) by Zeidan al-Asi, who is responsible for the defense of the self-organized autonomous entity.

We inform the international community that Ankara is preparing a military operation that could escalate into a new war on the border territories
- warned al-Asi.

The functionary said that a convoy with armored vehicles of the Turkish army entered the north of the Syrian province of Ar-Raqqa. He recalled that since December 2020, the pro-Turkish forces, represented by the Syrian National Army (SNA), with the support of Ankara, have been making attempts to seize the cities of Ain Issa and Tal Tamr on the M4 highway connecting Aleppo (Aleppo) and the border with Iraq, passing through the entire northern part of Syria. In addition, he commented on a possible offensive by pro-Turkish forces on the city of Derik in the province of Al-Hasak.

If Ankara launches an offensive in this part of the country, then the war will not be limited to Derik, it will unfold along the entire border, right up to Afrin
- stressed al-Asi, calling on the international community, including Russia, to prevent the beginning of a new Turkish military campaign.

If Damascus and Moscow allow the overthrow of the Kurdish autonomous administration, it will have consequences for all of Syria
He summed up.

It should be noted that the operational situation in the Syrian provinces of Al-Hasakah and Al-Raqqa really looks tense and confusing. If near Ain Issa in the province of Al-Raqqa, units of the Syrian Arab Army (SAA), the pro-government national defense forces (NSD - militia) and the military police (VP) of Russia jointly resist the encroachments of the pro-Turkish SNA, then in the province of Al-Hasakah the situation looks somewhat different ... 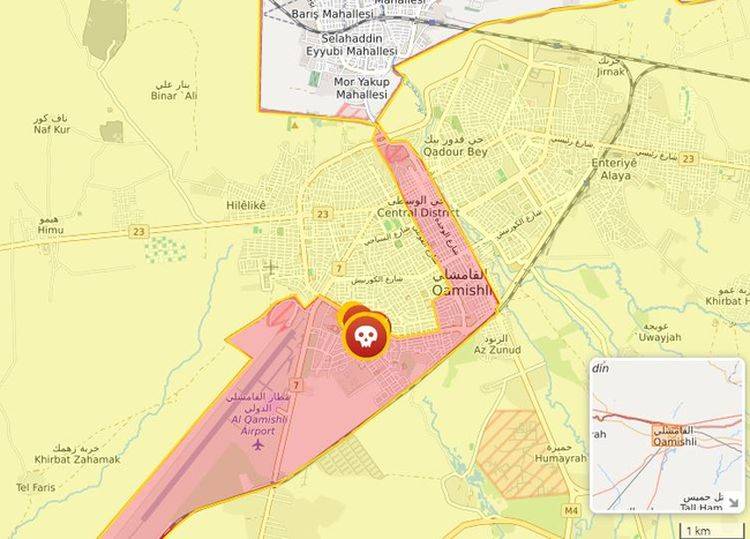 For several days on the territory of the strategically important city of Qamishli, located on the border with Turkey, local clashes have been taking place between the NSO and Asayish, the SDF security service, the most loyal to Washington part of the Kurds. It is specified that as a result of the clash in the Khilko microdistrict, there are killed and wounded. The city is currently divided between pro-American and pro-government Kurds. On January 25, a subdivision of the RF Military Forces was transferred to Kamyshli, which is to put an end to the bloodshed.


According to local sources, the conflict in Qamishli erupted due to the desire of the SDS to oust competitors from the NSO from the city. Russia intervened in time and did not allow the situation in the region to get out of control, where the already extremely difficult humanitarian situation. As a result of the actions of the Russians, the outlines of a secret plan of Moscow became visible, which wanted to squeeze the unreliable, and in some places even dangerous, pro-American Kurds from two sides, taking advantage of Turkey's ambitions. Now either the SDF will have to withdraw to American-controlled territory, or they will have to behave in a civilized manner without creating problems.
Reporterin Yandex News
Reporterin Yandex Zen
6 comments
Information
Dear reader, to leave comments on the publication, you must sign in.