The Russian part of the "New Silk Road" faced problems 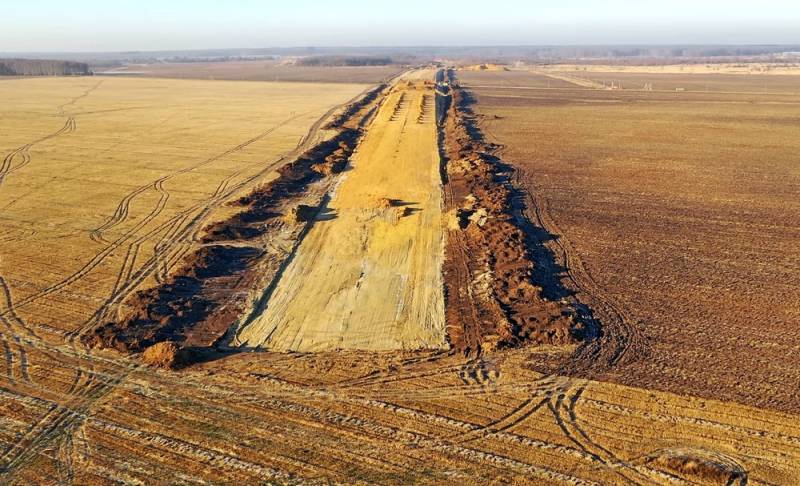 All Russian construction mega-projects of recent decades, unfortunately, tend to stretch in terms of their implementation and inexorably rise in price. The M12 expressway, which is supposed to connect Moscow, Nizhny Novgorod and Kazan and become part of the "New Silk Road", could not avoid this either. Having barely started, this project received a whole portion of criticism from the auditors of the Accounts Chamber, who came to the conclusion that it would definitely not fit into its considerable budget of 655 billion rubles.


We have recently discussed the start of a new large-scale infrastructure project in Russia. told... This is the realization of a long-standing idea to connect our capital with Beijing by a single road. In its modern embodiment, this highway between Moscow and Kazan should become the most important component of a single Eurasian transport corridor between Western Europe and Western China. The PRC and neighboring Kazakhstan have already built and commissioned their sections of the route, the matter remains only with Russia.

The length of the four-lane road will be 729 kilometers, and the average travel speed along it will be 120 km / h. The new route should become a driver of economic development, simplifying and accelerating the delivery of goods, the volume of which is estimated at 2025 million tons by 70. The industrially developed Tatarstan will gain access to the Chinese market, and our country as a whole will be able to earn money on the transit and transshipment of goods from the PRC and the European Union. In the future, it will be advisable to extend the expressway from Kazan to Yekaterinburg. All this speaks in favor of the implementation of this infrastructure project.

However, there are important nuances. The highway will have to be built from scratch, although initially there was an option with laying it to the city of Vladimir, as well as modernizing the already existing M7 between Moscow and Ufa. In this case, the project would have cost 279 billion rubles, but the option was chosen with the construction of a toll highway from scratch by five contractor companies, one of which will be Chinese for the first time. As a result, the entire project "Europe-Western China" will cost 655,1 billion rubles, and the M12 highway itself - 539,6 billion rubles. Rather, they should have cost so much, but the price tag has already begun to grow.

The auditors of the Accounts Chamber found out that last year Avtodor, which is supposed to build a section of the highway bypassing Togliatti, “spent” 1,2 billion rubles on this. Surprisingly, not a single kilometer of road was built. At the same time, the contractor did not approve all the project documentation by the due date and did not seize all the necessary land plots. The same lands that were seized from the former owners for the project cost the budget 162 million rubles more from their “actual value”.

It is noteworthy that the head of Avtodor acknowledged the validity of the comments of the Accounts Chamber. As a result, the auditors came to the conclusion that there are risks of non-compliance of certain sections of the highway with the standards, and it is also impossible to determine now whether the allocated amount will be enough to complete the construction. The main problem of such mega-projects is the lack of personal responsibility of officials for them. As a result, the high-speed highway that our country needs is at risk of turning into another long-term construction, into which a lot of budget funds will be buried for the completion and alteration of what has already been done.
Reporterin Yandex News
Reporterin Yandex Zen
29 comments
Information
Dear reader, to leave comments on the publication, you must sign in.