Is the "Karabakh scenario" possible with regard to the Kuril Islands 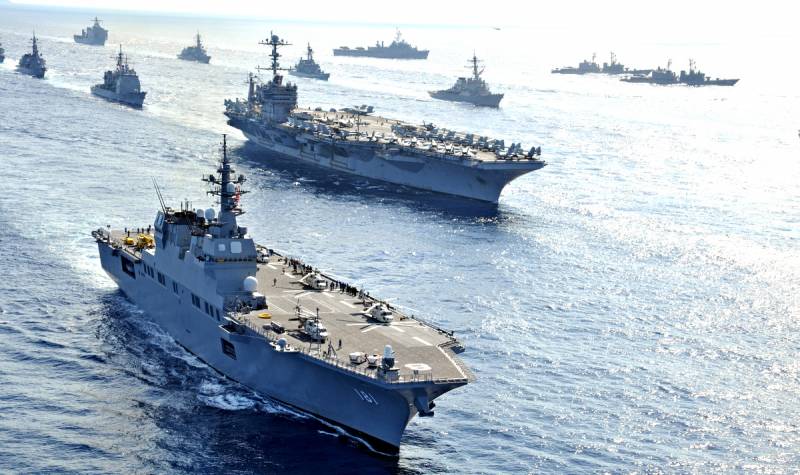 The United States reaffirmed Tokyo its readiness to jointly defend the disputed Senkaku Islands from China's territorial claims. At the same time, the new head of the Pentagon discussed with his Japanese counterpart measures to respond to "threats from Russia." Is it possible to see in all this a hint from Washington that the US Navy will support the Land of the Rising Sun on the issue of "some more islands"?


For the Japanese people, the return of the Kuriles has long become a national idea, on which all the people there speculate. policy... Some time ago, Tokyo received from the Kremlin some hope for the return of Shikotan and the Habomai group of islands by negotiation. President Vladimir Putin made a series of ambiguous statements that were interpreted by the Japanese authorities as a willingness to transfer part of the "northern territories" to Russia. Prime Minister Abe even graciously allowed Russian settlers to live on the aforementioned islands for the time being. However, all these "political gestures" caused such a sharply negative assessment from the overwhelming majority of the population of our country that the topic of the Kuriles was quickly removed from the public agenda, in order to avoid it.

Judging by the comments of ordinary Japanese on social networks, they no longer count on the peaceful return of the "northern territories". But what if they are inspired by the "Karabakh scenario" and Tokyo tries to recapture the Kuril Islands by force, and the US will help them in this? No matter how fantastic it all sounds today, there are still some prerequisites for a power scenario.

The fact is that in the West in recent decades they have been consistently trying to bring a legal basis for revising the results of the Second World War, according to which the USSR and the Russian Federation, as its legal successor, became the owners of the Kaliningrad region and the Kuril Islands. Recall that back in 2009, the OSCE adopted a resolution that equalized the roles of the USSR and the Third Reich in the outbreak of World War II and called for making August 23 a day of remembrance for the victims of "Nazism and Stalinism." And in 2019, the European Parliament adopted a resolution "On the importance of European historical memory for the future of Europe", which concluded the following:

World War II was the result of the infamous Nazi-Soviet non-aggression pact of 23 August 1939, also known as the Molotov-Ribbentrop Pact.
In Japan, in general, the USSR's attack on the empire is considered "treacherous", since the Soviet-Japanese pact of neutrality was not annulled in the prescribed manner, but was denounced by Moscow unilaterally. Why all this is being done is not difficult to guess. This is how the international legal framework is being drawn up in order to accuse our country, as the successor of the USSR, of unleashing the worst war in history, and, therefore, to reconsider its territorial acquisitions, at the same time raising the question of compensation. Taken together, this means that before the recognition of the Kuriles by the Japanese "northern territories" by the United States and NATO countries, with their keen desire, there is not much left.

Perhaps it will start with a naval blockade of the islands by Japanese warships and the declaration of a no-fly zone over them. Undoubtedly, the US Pacific Fleet will be spinning nearby, not directly interfering in the conflict with Russia, but providing anti-aircraft cover and moral support to the allies. The Japanese will try to land troops on the Kuril Islands, and will launch warning missile strikes on the approaching ships of the Russian Pacific Fleet. The world will get very close to the dangerous line after which the RF Ministry of Defense will have the right to use nuclear weapons, starting with tactical ones, for "escalation with the aim of de-escalation." The entire world community will immediately call on Moscow to solve the problem not by military means, but through negotiations, and, probably, our authorities will allow themselves to be persuaded. Indeed, who in their minds wants to start a full-scale nuclear war?

And then very difficult times will come for our country if the results of the Second World War are revised in this way or in a similar way. The Japanese from the Kuriles will not leave anywhere, clinging to them to death. This will be followed by the question of the status of the Kaliningrad region, around which the NATO bloc has long prepared the entire military infrastructure and conducted many exercises to block and seize it.
Reporterin Yandex News
Reporterin Yandex Zen
48 comments
Information
Dear reader, to leave comments on the publication, you must sign in.