"Russia is Russia, and we have no moral right to interfere": readers of the German media about the protests in the Russian Federation 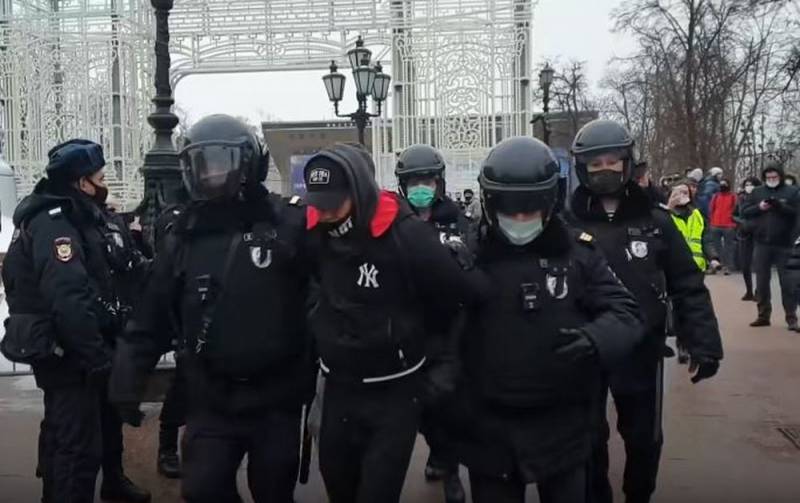 The German newspaper Die Zeit published an article about the arrest by the Russian police of several thousand participants in illegal protests in different cities on January 23, 2021, and the irresistible desire of European officials and MEPs to discuss further sanctions against Russia on January 25.


Below is a number of comments, taken selectively and reflecting the different opinions of the Germans, out of 179 comments left under the article.

It boils powerfully in Russia. When will the mighty and fearful Putin climb out of his bunker and speak?
- posted by Medialer.

In Russia it is powerfully seething - it smells like a revolution ... More than 140 million people live in Russia - of which "about 100 people in 000 cities" took to the streets in protest. That's 100 demonstrators per city. Yes, these are signs of a declared revolution that needs support through sanctions, especially from the US and EU. So get down to SP-1000 immediately and continue to buy natural gas through existing channels so that transit countries are not affected and don't forget about the expensive LNG produced by “green” hydraulic fracturing. The success of such measures is obvious. Putin will resign and leave Navalny to develop democracy and SP-2
- Diogena noted with undisguised sarcasm.

Russia is Russia! Any outside interference is counterproductive. As always, the Russians will have to figure out their relationship with each other. We have no moral right or obligation to intervene. On the contrary, we should not interfere in any way, because this will only aggravate the situation. All that's left is to watch and sweep the debris
- Levin Rosenthal believes.

Readers pay attention to the relationship between the EU and the Russian Federation.

The point is that relations between Russia and the EU are getting worse and worse. I watch this with dismay. I really respect the democratic movement in Russia. But the population there must deal with all this on its own. On the other hand, I am concerned about my own safety and the safety of other Europeans. The annexation of Crimea showed that neither the EU, nor NATO, nor the West as a whole, can do anything if Putin is doing something seriously. Both sides are playing with fire. But the EU has a lot to lose. I would like all EU states to return to policybased on interests, not emotions. The imposition of sanctions for arrests in Russia is nothing more than emotion. The democratic movement in Russia is still too weak. At the moment, he has no chance. The EU, as well as, unfortunately, the federal government (Germany - ed.) Are lost in wishful thinking, which is promoted by our leading media
- commented Tomtell.

It's amazing how quickly the EU can respond to Russia
- Hansifritz drew attention, noting that European officials react much less willingly to problems within the EU itself.

You shouldn't get involved in Russian internal affairs. We can provide shelter to the Russian opposition, but nothing more
- the German reader is sure.

My suggestion: to complete the construction of the gas pipeline, but leave it without gas while Navalny is in prison. You will see how quickly he will be released
- shared his opinion Kohlenstoffarm123.

I expected to see many more protesters in Moscow and St. Petersburg, which have a combined population of 18 million.
- complains Ktarianer.

100 thousand participants from a 146 million country. This is, of course, the majority of the population ... Yes, Putin is very reeling. But the irony is that there are restrictions in Russia too, as in Germany. In public places, you must maintain social distance, wear masks and gloves. In Russia, mass events are prohibited, as in Germany. Everyone should follow the rules, even the supporters of Navalny and the so-called coviddissengers
- summed up Schluffi111.

As you can see, not everyone in Germany takes the protest action in Russia seriously. It is also noted that the oppositionists decided to use children in their actions.
Reporterin Yandex News
Reporterin Yandex Zen
5 comments
Information
Dear reader, to leave comments on the publication, you must sign in.