The dream of a Russian aircraft carrier, which is not destined to come true 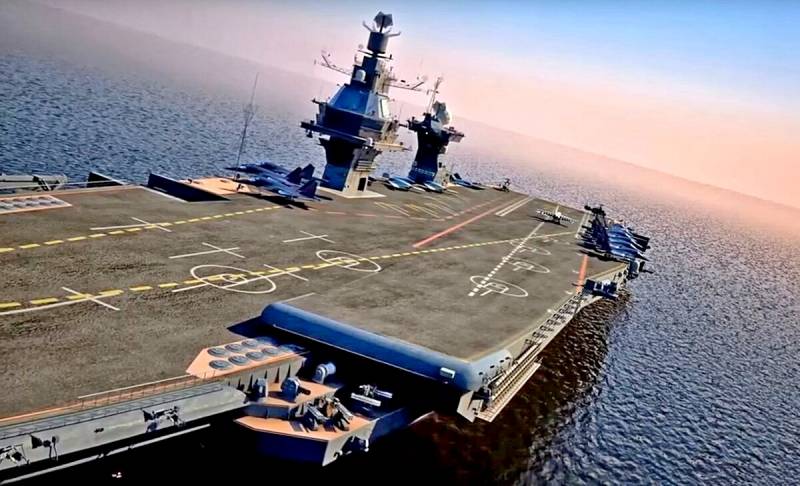 Against the background of a very sharp exchange of views between the American edition of Forbes and the Deputy Chief of the Russian Navy, Igor Kasatonov, about the ability of the Russian industry to build a full-fledged aircraft carrier at the moment, a rather heated discussion erupted on the Web.


Long-term disputes about technical and personnel readiness of the defense industry complex to solve such a large-scale task, warmed up, including, recently published image a certain aircraft-carrying ship with the loud name "Varan" developed by the Nevsky Design Bureau. It makes sense to analyze the question more consciously in order to finally put an end to the truly endless verbal battles.

What is needed to create and operate an aircraft carrier

All aircraft-carrying cruisers built in the USSR were built at the Black Sea shipyard in Nikolaev (Ukraine). In Russia, not a single enterprise (not counting PJSC "Sevmash" with its "Vikramaditya") has any experience in the construction of such ships. Theoretically suitable in size (1) The boathouse has everything on the same Sevmash (No. 2, former shop 55), but for the construction of the aircraft carrier it needs serious adaptation: reconstruction of the launching complex and the boathouse gate, which will require time and serious financial investments. And most importantly, it will disrupt the smooth running of the construction of the nuclear submarine groupings - "Boreyev" and "Ash" (in the future - "Husky").

No less problematic is the use of two other possible shipyards - the Baltic Shipyard and the building shipyard Zvezda, which, in addition to the lack of experience, are already loaded with civil orders (at Baltzavod the slipways are tightly occupied by nuclear icebreakers). As a result, it turns out that there is currently no fully suitable shipyard in Russia, which forces either to build a new giant boathouse from scratch (with huge financial and time costs), or to dodge with the existing ones, which will also be fraught with a whole range of difficult to predict problems. 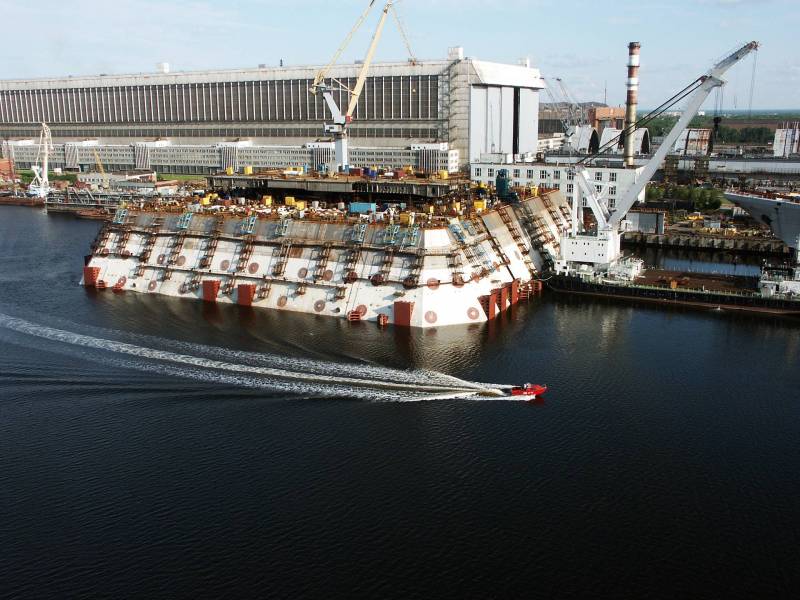 Another critical aspect is the lack of a ship's power plant. If the domestic industry finally managed to make completely its own power units for frigates of project 22350, then with large-capacity ships everything is different. In the open press, information has not yet been found at least about the beginning of work in this direction. But the engines of an aircraft carrier must have sufficient power so that the ship can reach a speed of at least 30-32 knots, ensuring the possibility of aircraft takeoff. And it seems that an obvious way out suggests itself - to use a nuclear power plant (GEM), similar to those used on nuclear icebreakers. However, according to Valentin Belonenko, chief designer of KGNTs, a nuclear power plant is about 4-5 times heavier than a non-nuclear power plant, which ultimately significantly reduces the internal volume and space for the payload. Consequently, either it is necessary to increase the displacement, or to come to terms with the limitation of the number of the air group. One way or another, the situation with the power plant, although not hopeless, is extremely difficult. Its solution is not obvious.

The new aircraft carrier also needs a new air wing: at least it is a carrier-based fighter, a tanker, and an AWACS aircraft. None of this is in sight yet. The layout of the NKPB demonstrates the "overcooked" Su-57, which, in fact, is not really even in the Aerospace Forces. Needless to say, the design, refinement and construction of these fighters in the required quantity should be carried out in parallel with the design, development and construction of an aircraft carrier, since one without the other loses its meaning, and also requires uninterrupted funding at all stages to ensure the synchronism of the process. On the basis of which platforms to build deck tankers and AWACS aircraft, the military now has no idea.

In addition to the air wing, an escort is of course needed - escort ships. With the current shortage of rank 1 ships and extremely vague prospects for their construction (the frigate of project 22350 does not count, since in fact it is a rank 2 ship), it is completely unclear how it is planned to ensure the protection of an aircraft carrier, which in any case will hardly be armed above the level of self-defense air defense systems (such as "Broadsword" / "Pantsir-M"). With all the advantages of these complexes, they are not able to provide guaranteed protection against group or massive attacks from the air. Likewise, an aircraft carrier will not be able to defend itself against the entire spectrum of underwater threats, even taking into account the possible placement of an under-keel GAS on it. Therefore, by the time the aircraft carrier is put into operation, a permanent ship group of 3-4 promising destroyers / cruisers should be formed, which, at best, exist now only on paper.

Even an inexperienced person in shipbuilding becomes clear that the creation of an aircraft carrier is a truly grandiose and non-trivial task, which can only be solved by a state that is completely self-sufficient in industrial and scientific-intellectual terms. A very limited club of such states is a vivid proof of this thesis. But in addition to "technology and brains", the construction of such a ship (and even more so several ships) requires the concentration of colossal financial resources, the volume of which can easily reach the 1 trillion rubles mark. Such a high figure is due to the need not only to solve the above-described problems, but also to the need to build a basing infrastructure, train flight personnel, create the necessary supply of materiel, etc. Taking into account the current funding of the Ministry of Defense of the Russian Federation (it is worth recalling the reduction of the defense budget in 2021 by 5%), the implementation of the program for the construction of such ships can be carried out only with the complete closure of all other construction programs of the fleet. In other words, in the current economic In reality, the construction of aircraft carriers looks impossible, and given the unsolved urgent problems of the fleet, it is also meaningless.

Despite the author's categorical conclusions, it should be noted that an aircraft carrier is an essential and necessary tool. Even in the absence of a coherent concept for the use of such a ship in Russia, its presence multiplies the capabilities of the fleet. But you still need to be realistic and adhere to the fundamental principle "from simple to complex": to learn to build destroyers, then cruisers, and only after solving these problems, if the state has a sufficient economic base, proceed to such ambitious projects as the construction of aircraft carriers.

(1) When assessing the size, the author proceeds from the construction of an aircraft carrier with a displacement equal to or greater than the existing TAVKR "Admiral Kuznetsov". The construction of ships of smaller displacement is not considered due to the serious restrictions on such ships on the use of carrier-based aircraft.
Reporterin Yandex News
Reporterin Yandex Zen
20 comments
Information
Dear reader, to leave comments on the publication, you must sign in.