Biden will choose three ways to put pressure on Russia 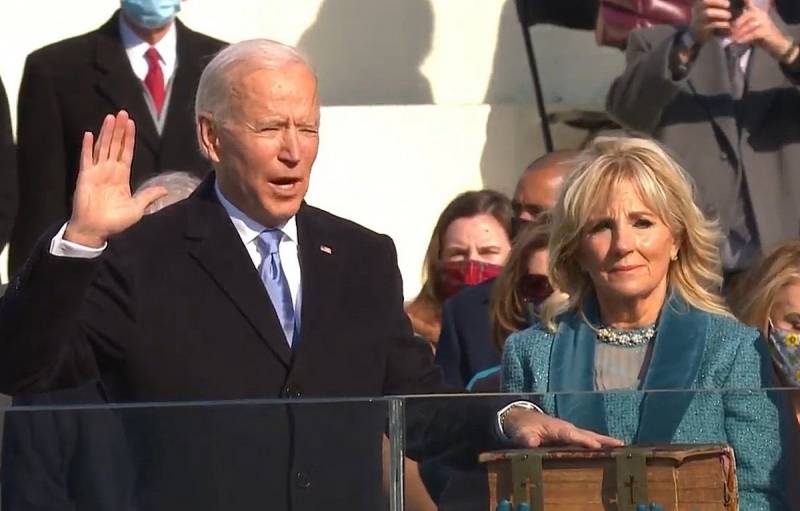 As soon as he took office, President Biden made it clear that there would be no "reset" of relations with Russia. Janet Yellen, the candidate for the post of the head of the US Treasury, who previously headed the Federal Reserve, has promised that anti-Russian sanctions will now become "more strategic" and begin to be used "appropriately". Let's try to imagine what all this can result in in practice.


Any sanctions are introduced for a reason, but for the sake of achieving a certain goal. Former Democratic President Barack Obama, through restrictive measures, tried to punish the Kremlin for its actions in Crimea and Donbass, “tearing up the Russian the economy apart". It didn't quite work out to shreds, but Washington really gave us problems. "Imperial" Donald Trump did not pay special attention to Russia with its 3% of world GDP, "spiritual bonds", palaces, lackeys and beauties, focusing mainly on China. The Republican sanctions were preemptively aimed at making the revival of the domestic industry as difficult as possible: civil aircraft construction, import substitution in the military-industrial complex, astronautics, and also to exclude the deepening of economic cooperation between the Russian Federation and the European Union in the field of energy. What can we expect from the US Democratic Party, which has returned to power?

There is no particular sense in continuing to “tear to shreds” our economy, for the “globalists” it is more interesting to return Russia to full controllability within the framework of the international system they have built. To do this, it is necessary "just" to change the government in the Kremlin to a more loyal one. In accordance with this logic, it is obvious that new sanctions will be adopted.

At first, Democrats must finally undermine the "economic ties" of the ruling regime, which are based on the export abroad of hydrocarbons and other raw materials. It should be borne in mind that both the European Union and the United States themselves are taking the "green path" of rejecting the use of fossil fuels by 2050. Germany and other developed European countries need gas, no matter whether it is Russian, American or whatever, for this transitional period. Fuel from Gazprom is more preferable in terms of price, but Berlin is objectively interested in diversifying supplies so as not to depend on one or the other, that's why it is holding on to Nord Stream 2.

Further, two options are possible. The United States may be tough on the issue, forcing the Germans to choose between Russian gas or their companies' access to the American market. The choice is quite obvious, and, alas, it will not be in favor of Gazprom. However, such drastic methods are unlikely to be applied by the "globalists" to their allies from the FRG. A compromise is more likely, in which Russia will be allowed to maintain a certain amount of presence in the European energy market, and in return the EU will have to increase consumption of American LNG. You can also expect deepening cooperation between the United States and the European Union in the field of implementation of technologies "Green energy".

SecondlyWashington will continue to turn Russian business elites against the Kremlin by imposing sanctions on our large companies. Under Donald Trump, the near-Kremlin oligarch Oleg Deripaska suffered the most, and now this circle can expand significantly. The message of the West is simple: remove Putin yourself, and then we will become friends again.

Thirdlyobviously activates political pressure on the Kremlin through public support from the West for opposition leader Alexei Navalny. The main "exposer" of the ruling regime constantly pulls out "dirty linen" for public viewing, films professionally shot by his team have a great emotional impact on an audience that is not too capable of adequate critical thinking. Children and young people, in other words.

And children are our future. These are not Russian pensioners, who have seen enough of everything in their difficult life and therefore cling to stability and the penny pension they are entitled to, rightly fearing radical changes that Alexei Navalny brings. President Putin and his entourage are still losing the battle for the minds of young people, so the future may not be in his hands or his successors.
Reporterin Yandex News
Reporterin Yandex Zen
52 comments
Information
Dear reader, to leave comments on the publication, you must sign in.