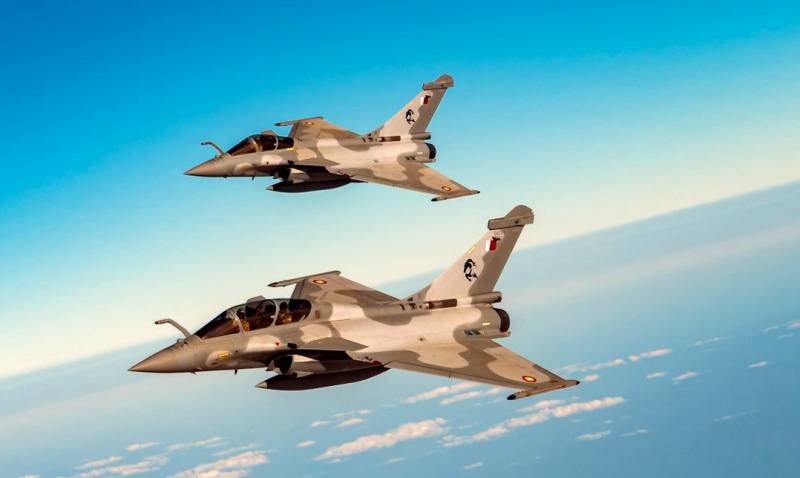 The American military does not like "zones inaccessible to them". In Russia, the concept of deterring a potential adversary, A2 / AD (anti-access and area denial), is applied to such key regions of the country as Moscow, Kaliningrad Oblast or Crimea. The Pentagon undoubtedly considers this a challenge for themselves and in every possible way is trying to find a key to them.


The Russian Ministry of Defense relied on the Iskander-M OTRK, the Bastion coastal missile systems and the S-400 air defense systems in order to provide the troops of a potential enemy, which is understood as the North Atlantic Alliance, the impossibility of operations in its "defense zone" without damage to them. And it is quite clear that the key to a breakthrough on the part of NATO is the suppression of the Russian air defense / missile defense system with the help of aircraft and UAVs. Having won air supremacy, all that remains is to finish off the military infrastructure with missile and bomb strikes. For this, the aviation of the alliance must uncover the capabilities of our air defense in advance. And NATO fighters and reconnaissance aircraft were doing something similar a couple of days ago not far from Crimea.

A military exercise was held over the Black Sea, in which two American F-16CM-40 fighters and four Romanian F-16A-MLU fighters took part. Also in the air nearby were the anti-submarine patrol P-8A Poseidon, two strategic reconnaissance UAVs RQ-4B Global Hawk, and so that they did not miss anything interesting, they were refueled in the air by two military transport aircraft-tanker KC-135R. It is not difficult to understand what exactly interested the American intelligence officers: they carefully watched how the Crimean air defense system would react to the training use of the AGM-158 Joint Air-to-Surface Standoff Missile (JASSM) air-to-ground missiles by the US and Romanian Air Force fighters. So that the Russians will not have the slightest doubt about this, the US Air Force Europe has officially clarified:

This event demonstrated the ability of the United States to pool resources from all areas and NATO allies in the Black Sea to create firepower in an area that the adversary considers protected with the participation of of technologies preventing access and denying a zone; and increasing the availability and unpredictability of operations.
"Firepower" is, of course, good, but this time the enemy of the NATO bloc was not like Yugoslavia or Libya. After the transition of Crimea to the Russian Federation, a real dome of echeloned anti-aircraft and anti-missile defense was created over the peninsula. From the sea, it is covered by the Black Sea Fleet, which itself has an air defense system, and the 27th mixed air division and the 31st air defense division are part of the ground forces grouping. Also, the naval base of the Russian Black Sea Fleet is covered by the 1096th separate anti-aircraft missile regiment. Units of the 4th Army of the Air Force and Air Defense of the Southern Military District are stationed nearby.

All this is a powerful force. At the airfields of Belbek, Gvardeisky and Dzhankoy, Su-27SM3 and Su-30M2 fighters, Su-25SM attack aircraft, Su-24M2 bombers, as well as Ka-52 and Mi-35M, Mi-28N and Mi-8AMTSh helicopters are ready for takeoff. According to reports, the peninsula is home to supersonic MiG-31 fighters equipped with hypersonic "Daggers". The Black Sea residents also have their own naval aviation: multifunctional Su-30SM fighters, Su-24MR reconnaissance aircraft and Su-24 bombers, as well as Be-12 amphibious aircraft and Ka-27/29 search and rescue and anti-submarine helicopters. The Russian military also has its own drones. In addition to aviation, air defense is represented by the most modern S-400 anti-aircraft missile systems and the Pantsir-S1 air defense missile system covering them. It is estimated that the enemy's aircraft have no more than 10% chances of withstanding the Triumph salvo. And then they will be actively opposed by specialists from the 3rd radio engineering regiment.

The Crimea is objectively a very tough nut to crack, which can break off even the strongest teeth. In principle, any defense can be hacked, but the price of the peninsula will be too high for any opponent, no matter what coalition he has gathered. Considering that Russia, among other things, is the second most powerful nuclear power, then the loud statements of the American command regarding NATO's ability to break through the air defense of the Crimea can be attributed not to practical exercises, but to theoretical reasoning.
Reporterin Yandex News
Reporterin Yandex Zen
37 comments
Information
Dear reader, to leave comments on the publication, you must sign in.