How the latest Russian frigates are settling in the Mediterranean 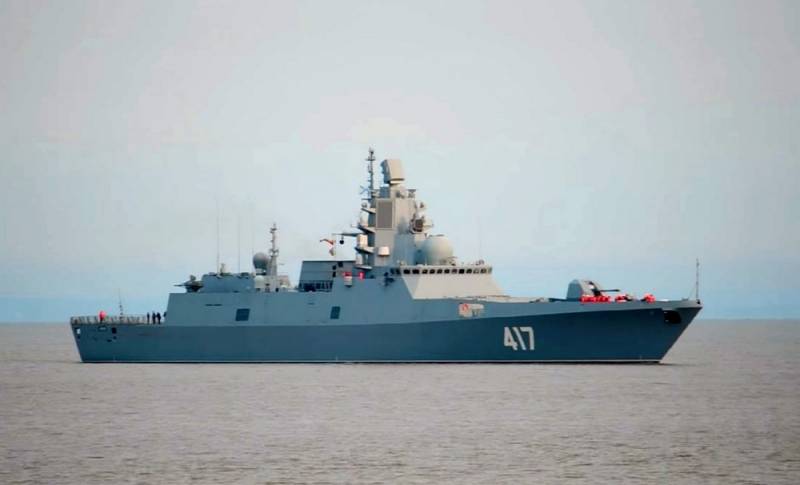 Until recently, the NATO navy dominated the Black and Mediterranean Seas. However, after 2014, a lot has changed: Crimea became part of Russia, the Russian Black Sea Fleet began to replenish with new surface ships and submarines, the air defense system and the coastal defense of the peninsula were strengthened. And since 2015, Russian warships and submarines have been permanently registered in the Mediterranean.


All this is very much disliked by the NATO bloc. The area of ​​responsibility of the US Sixth Fleet includes the Mediterranean Sea, the African coast, and access to the Atlantic via Gibraltar. Its flagship is the landing / combined command ship Mount Whitney, but the fleet does not have a permanent composition, ships change on a rotational basis. If necessary, the Americans can send a couple of aircraft carriers, cruisers, destroyers, landing ships and strategic nuclear submarines to the region, as well as marines. The US Sixth Fleet reached its peak in 2003.

It is quite possible that soon a gradual build-up of the group will begin in response to the strengthening of Russia's military presence in the Mediterranean, from which everyone has managed to get out of the habit. Our military contingent is stationed in Syria, and in Tartus, the Russian Defense Ministry has equipped a real naval base. Also, a logistics point was opened for the Russian Navy in Sudan, which is already further across the globe, on the Red Sea. Russian warships periodically visit to the Spanish Ceuta, which is located directly opposite the British Gibraltar across the strait. Recently, our newest frigate Admiral Kasatonov made a friendly visit to Algeria en route from Severomorsk, where it replenished supplies of fuel, water and food.

This is how we are gradually settling down on the Mediterranean Sea. The Russian connection in the region officially has 10 surface ships and 2 diesel-electric submarines. NATO analysts counted other numbers: they had 19 ships, they also suggested that the secret presence of Russian nuclear submarines is possible. This, of course, is not a "Spanish armada", but our fleet in the Eastern Mediterranean still has a certain weight. Mainly thanks to frigates and RTOs equipped with guided missile weapons.

The aforementioned "Admiral Kasatonov" is the second project 22350 frigate of the "Admiral Gorshkov" class. This series should become the basis of the Russian fleet of the far sea zone, but it faced a lot of difficulties. Perhaps the main problem was Ukraine's refusal to supply power plants for frigates to Russia. In reality, "Admiral of the Fleet of the Soviet Union Gorshkov" and "Admiral of the Fleet Kasatonov" are already in service, but six more frigates have been laid down and are being built. "Admiral Golovko" is expected this year, "Admiral Isakov" - another year. It is reportedthat the shipyard began to receive power plants (DGTA) M55R already of Russian production, the first of which is installed on the "Admiral Golovko". This is very good news, because it means overcoming dependence on the Ukrainian military-industrial complex in shipbuilding. There is reason to believe that the entire series of frigates will be completed.

And that's just great. Each such warship is a serious striking force due to the presence of universal launchers that can carry 16 Kalibr-NK cruise missiles or anti-ship Onyxes, and in the future - hypersonic Zircons. From the air, the frigates are covered by the Redut, Broadsword, and electronic warfare systems, and the Packet-NK complex and the Ka-27 anti-submarine helicopter protect them from the threat from submarines. This is a military force to be reckoned with.

These frigates also have "little brothers" of Project 11356, which are more correctly called multipurpose patrol ships. They owe their appearance in the Russian Navy to problems with the 22350 series; the project of the export "Indian" frigate 11356 of the "Talvar" type had to be modernized. Of course, they are inferior to older brothers like "Gorshkov", but they can also perform a number of tasks.

First, their anti-submarine warfare capabilities have been seriously improved. Radar type "Fregat-M2M" provides detection and guidance of targets, on board there are 2 paired 533 mm torpedo tubes DTA-53-11356 and one RBU-6000 rocket launcher, as well as an anti-submarine helicopter Ka-27PL or Ka-31. Secondly, they also carry guided missile weapons, Caliber cruise missiles. Unfortunately, because of the design features, anti-ship Onyxes cannot be installed on modernized patrol boats. However, 8 "Caliber" is still 8 "Caliber", in the Syrian campaign cruise missiles of this type successfully hit ground targets at a distance of up to 1500 kilometers. You can also shoot at the enemy from a frigate from a 100-mm caliber artillery complex.

As the fleet saturates, missile frigates of both projects contribute to deterring a potential enemy and strengthening Russia's military presence in the Mediterranean.
Reporterin Yandex News
Reporterin Yandex Zen
4 comments
Information
Dear reader, to leave comments on the publication, you must sign in.